Indicate by check mark if the registrant is submitting the Form 6-K in paper as permitted by Regulation S-T Rule 101(b)(1): ◻

Indicate by check mark if the registrant is submitting the Form 6-K in paper as permitted by Regulation S-T Rule 101(b)(7): ◻

On July 7, 2022, Flora Growth Management Corp., a wholly owned subsidiary of Flora Growth Corp., a company organized under the laws of Ontario (the “Company”), entered into an employment agreement (the “Employment Agreement”) with Mr. Elshad Garayev, to serve initially as the Company’s Vice President of Finance, effective July 21, 2022 (the “Effective Date”). Mr. Garayev will assume the role of the Company’s Chief Financial Officer (“CFO”) and its principal financial and accounting officer upon the earlier of (i) the date that Lee Leiderman, the Company’s current CFO, ceases to serve in such role or (ii) the business day following the date on which the Company files with the Securities and Exchange Commission (the “SEC”) on Form 6-K its unaudited financial statements for the six months ended June 30, 2022 (the “CFO Effective Date”). Mr. Leiderman will transition to an advisory role within the Company upon the CFO Effective Date.

Mr. Garayev, who is 51 years old, has over 25 years of experience in financial matters and has held leadership roles in a variety of companies operating in diverse industries. Prior to joining the Company, he served as Principal NAC (North America Consumer) ACES Finance at Amazon since January 2022, where he led operational initiatives aimed at enhancing controllership and improving vendor management processes. From 2015 through December 2022, Mr. Garayev served as the CFO of RPK Capital, an aviation focused investment firm. From 2006 through 2015, he served in a number of roles for the Boeing Company, including as CFO of its Boeing Saudi Arabia (f/f/a Boeing International Support Systems) subsidiary from 2010 through June 2015. Mr. Garayev is a Certified Public Accountant and earned a degree in Mathematics (with honors) from Baku State University in Azerbaijan in 1993 and his MBA in Finance (with honors) from the University of Houston in 2002.

The Employment Agreement provides that Mr. Garayev shall receive an annual base salary of $275,000 (as may be increased by our Board), an annual discretionary bonus opportunity targeted at 50% of his base salary and the opportunity to participate in any equity compensation plan, other incentive compensation programs and other health, benefit and incentive plans offered to other senior executives of the Company. Mr. Garayev is also entitled to paid time off and holiday pay in accordance with Flora Management’s policies. In addition, pursuant to the Employment Agreement, on the Effective Date Mr. Garayev will be granted a stock option (the “Option”) to purchase 75,000 common shares, no par value (the “Common Shares”), of the Company at an exercise price equal to the closing market price of Flora’s common stock on the day prior to the Effective Date. Subject to Mr. Garayev’s continued employment, the Option shall vest on the one-year anniversary of the Effective Date and shall be exercisable for a period of five years.

In the event that Mr. Garayev’s employment terminates as a result of “Disability,” as such term is defined in the Employment Agreement, or death, Mr. Garayev or his estate, as applicable, conditioned upon his or its execution of a separation and release agreement, will be eligible to receive his pro rata share of his discretionary annual incentive bonus (at no less than target in the event of death). In addition, in the event of Mr. Garayev’s death, Mr. Garayev’s estate shall be entitled to the fully vested but unpaid rights as required by the terms of any bonus or other incentive pay plan or any other employee benefit plan.

Mr. Garayev’s Employment Agreement provides that during the term of his engagement and for a period of 12 months following the expiration, resignation or termination of his employment, Mr. Garayev agrees not to (i) engage in any competing business in certain geographic regions, provided, however, that Mr. Garayev may own five percent or less of the outstanding stock of any publicly traded corporation or other entity that engages in a competing business, (ii) solicit for the purpose of conducting a competing business any customer or prospective customer of Flora Management, us or any of our affiliates in a line of business that we, Flora Management, or any of our affiliates conducts or plans to conduct as of the date of Mr. Garayev’s termination or (iii) solicit or employ any person who is, or was at any time during the two-year period prior to Mr. Garayev’s termination, an employee with a senior management position at Flora Management, us or any of our affiliates.

A press release announcing the appointment of Mr. Garayev released by the Company is filed as Exhibit 99.2 to this Report on Form 6-K. 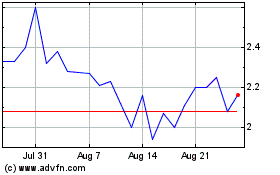 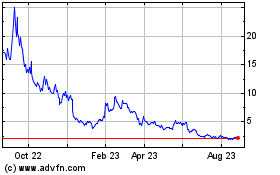 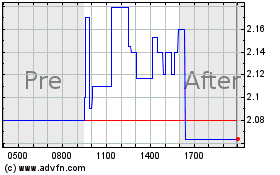