E.W. Scripps Co. agreed to buy ION Media for $2.65 billion in a move to significantly expand the TV station owner's reach with the backing of Warren Buffett's Berkshire Hathaway Inc.

Berkshire plans to make a $600 million preferred-equity investment in Scripps to help finance the purchase of closely held ION, Scripps said in a press release, confirming an earlier report by The Wall Street Journal. Berkshire will also get a warrant to purchase as many as 23.1 million Class A Scripps shares at $13 apiece. Scripps stock closed Wednesday at $10.47.

Scripps investors cheered the news, with its shares soaring more than 40% in pre-market trading.

The deal will transform Cincinnati-based Scripps, which has a market value of about $850 million. The company, which has undergone dramatic changes in recent years, operates 60 local television stations and has networks including Court TV, Bounce and the multiplatform news provider Newsy. The deal would roughly double the company's television station footprint and supercharge distribution of its programming.

ION Media, based in West Palm Beach, Fla., was launched in 2007. Owned by credit investment firm Black Diamond Capital Management, it operates a national TV network with a lineup including crime shows such as "Law and Order" and "NCIS: Los Angeles." ION Media owns television stations in 62 markets -- including many of the top ones in the country -- and, along with affiliates, reaches nearly every U.S. home. Scripps will be able to use its so-called over-the-air network to reach viewers without hefty leasing payments it now incurs.

Such networks are seen as increasingly attractive as more consumers cut the cord and instead rely on streaming services like Netflix and free-to-air programming.

Local broadcast TV has remained a solid business even as consumers gravitate increasingly away from traditional media and toward streaming-video. Most stations generate healthy profits, in part because of lucrative fees they collect from being carried in cable packages. Airing sporting events like NFL games gives them leverage in negotiations with providers, and becoming part of bigger chains through mergers only increases their clout.

Stations have suffered drops in advertising sales during the coronavirus pandemic, as local businesses pull back spending, but election-year revenue from political ads is expected to make up for those losses, company executives have said.

Analysts expect more consolidation could be coming, partly because of changes the Federal Communications Commission made to loosen restrictions on certain deals. Nexstar Media Group Inc. closed a $4.1 billion acquisition of Tribune Media Co. in 2019, making it the largest broadcast station owner in the country. As part of the deal, Nexstar in turn sold 19 stations to Tegna Inc. and Scripps for $1.32 billion.

The sector has also caught the eye of private-equity firm Apollo Global Management, which acquired a majority stake in 13 stations from Cox Media Group.

The Scripps-ION deal is expected to generate $500 million in synergies over six years.

Family-owned Scripps, which traces its roots back to 1878, once housed cable networks such as the Food Network and HGTV, but spun off that business in 2008. Discovery Communications Inc. in 2017 agreed to buy the business. Scripps has now made TV its focus after exiting newspapers and radio in recent years and agreeing to sell its podcasting unit Stitcher in July.

Berkshire has financed other deals through preferred shares, most notably Occidental Petroleum Corp.'s $38 billion acquisition of Anadarko Petroleum Corp. last year. That arrangement gives Berkshire an 8% dividend yield, similar to what it negotiated in this case.

Still, it is a somewhat unexpected move for Berkshire, which hasn't recently made media investments and in January exited its newspaper business. It agreed to sell it to Lee Enterprises Inc. for $140 million after Mr. Buffett, a lifelong newspaper lover, concluded the local newspaper business is unsustainable. The firm owned dozens of titles including the Buffalo News and Mr. Buffett's hometown paper in Nebraska, the Omaha World-Herald.

Since the coronavirus pandemic jolted the markets and daily life, Berkshire had been relatively restrained in its deal making, despite having plenty of cash to spend. More recently, it struck a deal in July to buy Dominion Energy Inc.'s natural-gas storage and transmission network for $4 billion. It also took significant stakes in five of Japan's most venerable corporate names and poured $250 million into data-warehousing company Snowflake Inc.'s hot initial public offering last week, while also buying more shares from an existing investor. 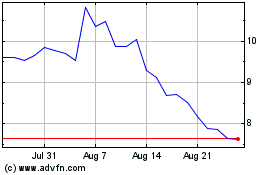 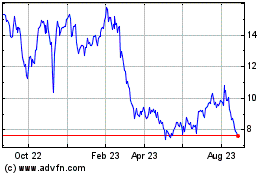 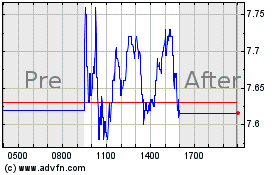