The literature review was conducted with the support and participation of the Department of Obstetrics and Gynecology, University of Texas Medical Branch, Galveston, Texas, and Daré Bioscience. Based on the literature review, the article concludes that, for evaluating vaginal contraceptives, the PCT is the closest analogue available as a predictor of contraceptive effectiveness and is the best indicator of whether a test product works before it is evaluated in a contraceptive effectiveness study.

The accepted manuscript for the article entitled “The Postcoital Test in the Development of New Vaginal Contraceptives” is currently available in the Advance Articles section on the journal’s website, or at https://doi.org/10.1093/biolre/ioaa099

In January 2020, Daré announced that it entered into an exclusive licensing agreement with Bayer for U.S. commercial rights to Ovaprene.  Under the agreement, Daré received an upfront payment and access to Bayer’s extensive clinical and market capabilities while retaining control over Ovaprene’s development and regulatory approval process. Bayer received the right to obtain exclusive rights to commercialize the product in the U.S. following completion of the pivotal clinical trial being undertaken by Daré. If Bayer, in its sole discretion, makes payment to Daré of $20 million, which Daré intends to apply to reimbursement of clinical study costs, then the exclusive license to commercialize Ovaprene in the U.S. will become effective. Daré will also be entitled to receive commercial milestone payments potentially totaling $310 million, in addition to double digit tiered royalties on net sales.

The PCT study was initially developed to assess whether cervical factors played a role in infertility and became standard practice in the evaluation of infertile couples for many decades until it was replaced in the 1990s by more predictive testing methodologies and the wider use of in vitro fertilization, which bypasses the cervical mucus-sperm interaction. The World Health Organization describes key aspects of the PCT procedure, including the timing for collection of cervical mucus after intercourse and the method of counting and characterizing sperm found in the mucus. [1] The PCT has been used to evaluate both chemical and mechanical barrier vaginal contraceptive products, including spermicides and diaphragms. [2, 3]

Daré Bioscience is a clinical-stage biopharmaceutical company committed to the advancement of innovative products for women’s health. The company’s mission is to identify, develop and bring to market a diverse portfolio of differentiated therapies that expand treatment options, improve outcomes and facilitate convenience for women, primarily in the areas of contraception, vaginal health, sexual health, and fertility.

Daré cautions you that all statements, other than statements of historical facts, contained in this press release, are forward-looking statements. Forward-looking statements, in some cases, can be identified by terms such as “believe,” “may,” “will,” “estimate,” “continue,” “anticipate,” “design,” “intend,” “expect,” “could,” “plan,” “potential,” “predict,” “seek,” “should,” “would,” “contemplate,” “project,” “target,” “tend to,” or the negative version of these words and similar expressions. Such statements include, but are not limited to, Ovaprene’s potential as an alternative to traditional hormone-based contraceptive options, the potential of Ovaprene to demonstrate typical-use contraceptive effectiveness in a pivotal contraceptive safety and efficacy study comparable to current FDA-approved, highly effective contraceptive products, and potential payments and non-monetary benefits to Daré under its licensing agreement with Bayer.  Forward-looking statements involve known and unknown risks, uncertainties and other factors that may cause Daré’s actual results, performance or achievements to be materially different from future results, performance or achievements expressed or implied by the forward-looking statements in this press release, including, without limitation, risk and uncertainties related to: Daré’s ability to raise additional capital when and as needed to advance its product candidates and continue as a going concern; the effects of the COVID-19 pandemic on Daré’s operations, financial results and condition, and ability to achieve current plans and objectives, including the potential impact of the pandemic on the ability of third parties on which Daré relies to assist in the conduct of its business, including its clinical trials, to fulfill their contractual obligations to Daré; Daré’s ability to develop, obtain regulatory approval for, and commercialize its product candidates; the risks that the license under the agreement with Bayer may not become effective and, if it becomes effective, that future payments to Daré under the agreement may be significantly less than the anticipated or potential amounts; the failure or delay in starting, conducting and completing clinical trials or obtaining U.S. Food and Drug Administration (FDA) or foreign regulatory approval for Daré’s product candidates in a timely manner; Daré’s ability to conduct and design successful clinical trials, to enroll a sufficient number of patients, to meet established clinical endpoints, to avoid undesirable side effects and other safety concerns, and to demonstrate sufficient safety and efficacy of its product candidates; the risk that positive findings in early clinical and/or nonclinical studies of a product candidate may not be predictive of success in subsequent clinical and/or nonclinical studies of that candidate; Daré’s ability to retain its licensed rights to develop and commercialize a product candidate; Daré’s ability to satisfy the monetary obligations and other requirements in connection with its exclusive, in-license agreements covering the critical patents and related intellectual property related to its product candidates; developments by Daré’s competitors that make its product candidates less competitive or obsolete; Daré’s dependence on third parties to conduct clinical trials and manufacture clinical trial material; Daré’s ability to adequately protect or enforce its, or its licensor’s, intellectual property rights; the lack of patent protection for the active ingredients in certain of Daré’s product candidates which could expose its products to competition from other formulations using the same active ingredients; the risk of failure associated with product candidates in preclinical stages of development that may lead investors to assign them little to no value and make these assets difficult to fund; and disputes or other developments concerning Daré’s intellectual property rights. Daré’s forward-looking statements are based upon its current expectations and involve assumptions that may never materialize or may prove to be incorrect. All forward-looking statements are expressly qualified in their entirety by these cautionary statements. For a detailed description of Daré’s risks and uncertainties, you are encouraged to review its documents filed with the SEC including Daré’s recent filings on Form 8-K, Form 10-K and Form 10-Q. You are cautioned not to place undue reliance on forward-looking statements, which speak only as of the date on which they were made. Daré undertakes no obligation to update such statements to reflect events that occur or circumstances that exist after the date on which they were made, except as required by law. 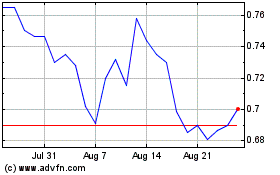 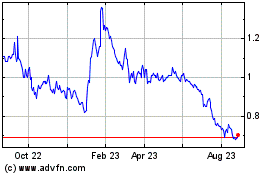 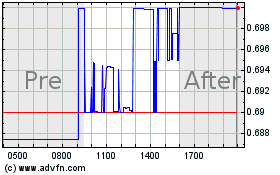