Susan Baker volunteered for Johnson & Johnson's vaccine trial to seek protection from Covid-19. For the same reason, she may drop out of the study.

The nurse practitioner at a North Carolina hospital has treated Covid-19 patients. She takes care of people at high risk, including dialysis patients and her husband and father, both of whom have medical conditions. If she catches the virus and spreads it to anyone vulnerable, "I don't know if I could forgive myself," she said.

That is why Ms. Baker may drop out of J&J's vaccine trial. She took an antibody test indicating she received a placebo instead of the actual vaccine in the study. With positive early results for vaccines from Pfizer Inc. and Moderna Inc. pointing toward use in the U.S. possibly within weeks, she wants to be first in line to get one, though she previously agreed to stick with the study so it could fully vet J&J's injection.

"Anything that could potentially protect you, you want so desperately right now," the 42-year-old said.

Authorization of the most advanced vaccine candidates would mark a turning point in the fight against Covid-19. Yet it might also set back the effort, compromising ongoing vaccine trials, including Pfizer's and Moderna's, by prompting volunteers to quit.

Researchers scheduled two-year trials for the leading vaccines. They didn't plan to tell the volunteers whether they got a shot or placebo until a study ends. Subjects agreed to the terms upon signing up.

Yet Ms. Baker and others say it is unfair to deny them vaccines once they become available.

She and more than 100 other vaccine-study subjects recently wrote the U.S. Food and Drug Administration asking it to encourage companies to tell them if they got a placebo and are eligible for an authorized vaccine.

The subjects are free to leave their trials at any time, drug-research experts say. Yet early departures could undermine the studies by hindering the collection of data needed to fully assess how safe the inoculations are and how long they protect against the virus.

"Frankly, people should not have gone into this study who didn't feel they could wait," said Arnold Monto, a University of Michigan health researcher who heads the panel of experts that will advise the FDA about authorizing Covid-19 vaccines.

Dr. Monto expressed hope the issue would be rendered moot because many volunteers who received a placebo aren't likely to be eligible for scarce vaccine supplies for some time.

The dilemma strikes at a larger, more enduring problem with medical testing: Many trial participants volunteer for a chance at early access to a Covid-19 vaccine, not to further science. Yet researchers conduct the studies to determine whether they can recommend an experimental treatment to the broader community.

"The small group on the placebo wants access [to a vaccine] at the time of authorization; the whole world wants more rigorous safety and efficacy data, which means keeping people on a placebo," said Jennifer Miller, a Yale University bioethicist.

An exodus of volunteers in earlier stages of testing could delay access to shots that may prove more effective, easier to deliver or less expensive, said Marc Lipsitch, professor of epidemiology at Harvard University.

"If we stop a few months in, we're in some sense wasting the altruistic act of those people who volunteer in the first place," argued Mr. Lipsitch. "We get a fraction of the data we could get if we could continue it."

Frederick Feit, who volunteered for Pfizer's vaccine trial and thinks he got a placebo, said he would leave the study as soon as he can to get the shot because that was his purpose for enrolling. "It was never altruistic," said Dr. Feit, a 72-year-old cardiologist at NYU Langone Health.

About 48 Covid-19 vaccines are being tested in people, according to the World Health Organization, studies that researchers designed to assess whether the shots safely protect against the disease. To make that assessment, volunteers are randomly given either the experimental vaccine or a placebo. Neither the volunteers nor researchers know who got which.

After a sufficient number of subjects develop Covid-19, researchers take a look to see how many of the volunteers were on a placebo. The vaccine provides protection if fewer vaccinated subjects fell sick.

Given the urgent need, researchers will assess whether shots work safely weeks after study subjects get inoculated. Pfizer and its partner BioNTech SE, as well as Moderna, have said their vaccines were roughly 95% effective and appeared safe. AstraZeneca PLC said its shot was 62% to 90% effective, depending on dosage.

Data for vaccine candidates from Johnson & Johnson and Novavax Inc. are expected in the coming months.

The rapid readouts compared with the longer testing schedules of most vaccine development in the past should help accelerate the approval and availability of the inoculations. It will also, however, make it more difficult to answer important questions, including whether there are any long-term side effects and the duration of protection provided by the shots.

Better data also would help doctors and health authorities allay the fears of some Americans reluctant to take a Covid-19 vaccine, researchers say.

As companies release data from their late-stage vaccine trials and the leading candidates move closer to authorization, some study subjects have taken antibody tests to see whether they got the vaccine or placebo. If it appears they took a placebo, some volunteers have begun clamoring for access to a vaccine.

"These companies were smart enough to recruit high-risk people into their studies. Those are the same people who are going to say 'I'm out of here, I'm going to go get something to protect myself'" when a vaccine becomes available, said Amy Warren, 48, a nurse practitioner in Kansas City, Mo., who is in a Moderna trial and signed the letter volunteers sent to the FDA.

Johnson & Johnson last month sought guidance on the matter from the committee of independent experts advising the FDA on vaccines. J&J expressed concern that clearance of the first vaccine would compromise other companies' ability to recruit volunteers for their own studies, and make it harder to keep volunteers enrolled if they are eligible for the first vaccine.

Pfizer, however, wrote in its own comment letter that it has an ethical responsibility to inform trial volunteers if a vaccine was approved and to provide it to placebo recipients. The company told study subjects this month that it is exploring how to give the vaccine to these volunteers but needs regulators to approve.

Marion Gruber, director of the FDA's Center for Biologics Evaluation and Research, said during a recent panel appearance that the agency is talking with vaccine makers about how to achieve the goal of data collection while also making vaccines available to those who need them most.

Meanwhile, in the U.K., regulators sent a bulletin to Covid-19 vaccine study subjects there this month saying they would be contacted if a vaccine is cleared, and told if they got the placebo and are eligible to receive the real shot.

--Jared S. Hopkins and Jenny Strasburg contributed to this article.

Write to Rolfe Winkler at rolfe.winkler@wsj.com 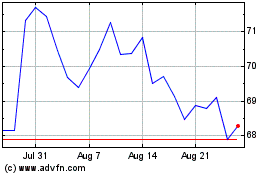 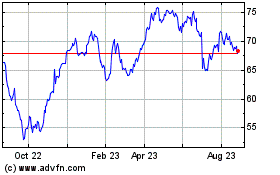