The BlueWalker 3 test satellite is scheduled for launch into low Earth orbit the week of August 15th from Cape Canaveral, FL

AST SpaceMobile, Inc. (“AST SpaceMobile”) (NASDAQ: ASTS), the company building the first and only space-based cellular broadband network accessible directly by standard mobile phones, has confirmed it plans to launch its BlueWalker 3 test satellite from Cape Canaveral, FL during the week of August 15, 2022.

BlueWalker 3 carries a 693-square-foot phased array that is designed to test cellular broadband communications directly with standard mobile phones, from space, for the first time. AST SpaceMobile has invested approximately $85 million in the satellite’s development and the company’s engineers have successfully conducted more than 800 ground tests with BlueWalker 3. To date, the company has over 2,300 patent and patent-pending claims in support of its technology. The BlueWalker 3 mission is expected to complete the company’s initial research and development program and facilitate integration testing with mobile network operators around the world.

“The launch of BlueWalker 3 is the culmination of years of effort by our engineers to let us test connecting the phone in your pocket, with no modifications to the phone, directly with one of our satellites in space,” said Abel Avellan, Chairman and CEO of AST SpaceMobile. “This revolutionary technology supports our mission to eliminate the connectivity gaps faced by more than 5 billion mobile subscribers today moving in and out of coverage, and bring cellular broadband to approximately half of the world’s population who remain unconnected. We want to close the gap between the digital ‘haves’ and ‘have nots’.”

The Federal Communications Commission (FCC) granted AST SpaceMobile an experimental license that allows the company to test BlueWalker 3 satellite-to-phone connectivity in the United States at sites in Texas and Hawaii. Once BlueWalker 3 is operational, the company plans to conduct testing on 5 different continents, in coordination with leading mobile network operators like Vodafone, Rakuten Mobile, Orange and others.

AST SpaceMobile’s investors and strategic partners in support of the company and its mission are leaders in cellular technology and infrastructure, digital services and the internet, including Vodafone, Rakuten Mobile and American Tower.

AST SpaceMobile is building the first and only global cellular broadband network in space to operate directly with standard, unmodified mobile devices based on our extensive IP and patent portfolio. Our engineers and space scientists are on a mission to eliminate the connectivity gaps faced by today’s five billion mobile subscribers and finally bring broadband to the billions who remain unconnected. For more information, follow AST SpaceMobile on YouTube, Twitter, LinkedIn and Facebook. Watch this video for an overview of the SpaceMobile mission.

The actual launch date for the BW3 test satellite remains subject to change and is contingent on a number of factors, many of which are outside of our control. These factors include, but are not limited to, final testing, final integration, ground transport, timely readiness of the launch vehicle and other unknowns such as weather conditions or technical problems. The BW3 test launch may not be successful or even if successful, may indicate adjustments that are needed or modifications that must be made, any of which could result in additional costs, which could be material, and delays in our timeline. If there are material additional costs, we may need to raise additional capital beyond what is currently contemplated. 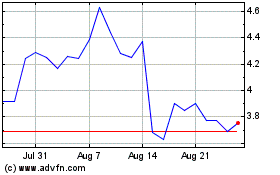 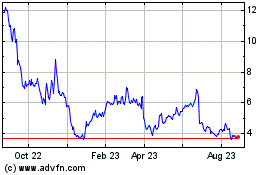 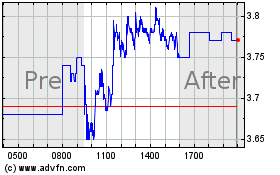