registrant under any of the following provisions (see General Instruction A.2. below):

The information set forth under Item 2.03 of this Current Report on Form 8-K is incorporated herein by reference.

On September 9, 2021, Advanced Energy Industries entered into an agreement to amend its existing credit agreement to extend the term to five years, increase its unsecured Term Loan to $400 million and increase the undrawn revolving line of credit to $200 million under substantially the same terms as the original agreement.  The increased capacity and duration of the amendment provides Advanced Energy additional flexibility for growth, share repurchase and other corporate needs while leveraging the existing debt agreement and financing terms.

Under the agreement, Advanced Energy Industries, Inc., a Delaware corporation (the “Company”), and material domestic subsidiaries of the Company acting as guarantors (the “Guarantors”), entered into Amendment No. 1 to the Credit Agreement (the “Amendment”) that amends that Credit Agreement, dated September 10, 2019, entered into with (i) the Guarantors, (ii) the banks and financial institutions listed in the Credit Agreement, as lenders, (iii) Bank of America, N.A., Bank of the West, and HSBC Bank USA, N.A., as joint lead arrangers and joint book runners, and (iv) Citibank, N.A., as co-manager (the “Credit Agreement”).  The Credit Agreement provided aggregate financing of $500.0 million, consisting of a $350.0 million senior unsecured term loan facility with a term of five years (the “Term Loan Facility”) and a $150.0 million senior unsecured revolving facility with a term of five years (“Revolving Facility”).  Immediately prior to entering into the Amendment, the principal amount outstanding under the Term Loan Facility was $315.0 million.  The Company has not drawn upon the Revolving Facility.

The Amendment (a) increased the commitment under the Term Loan Facility and borrowed $85.0 million, such that the Company’s total principal amount outstanding thereunder is $400.0 million, (b) increased the commitment under the Revolving Facility by $50.0 million for a total of $200.0 million in aggregate, all of which is currently available, (c) revised the amortization schedule for the Term Loan Facility, (d) extended the maturity dates of the Term Loan Facility and Revolving Facility to September 9, 2026 from the original maturity dates of September 10, 2024, (e) added certain LIBOR transition provisions, (f) added a “covenant holiday” provision pursuant to which the current consolidated leverage of 3.00 to 1.00 can be increased to 3.50 to 1.00 for up to two material acquisitions of $150.0 million or greater in purchase price for a period of 12 months after any such acquisition, and (g) provided for other customary changes as more fully set forth in the Amendment. In conjunction with the agreement, Citibank N.A. increased its position to replace Bank of the West.

The foregoing summary of the Amendment and Credit Agreement is not complete and is qualified in its entirety by reference to (1) the Credit Agreement, which was filed as Exhibit 10.1 to the Current Report on Form 8-K filed by the Company with the Securities and Exchange Commission (the “SEC”) on September 10, 2019, and (2) the Amendment, which is filed as Exhibit 10.2 to this Current Report on Form 8-K, all of which are incorporated herein by reference. 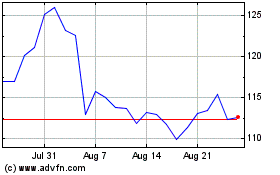 Advanced Energy Industries (NASDAQ:AEIS)
Historical Stock Chart
From May 2021 to May 2022 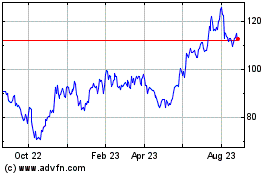 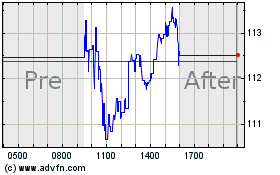