New milestone in the Group's development: positive EBITDA 2021 excluding the launch of the Marseille unit, confirming the Group's strengths in the energy and circular economy markets

Operational highlights for the year 2021

After a year 2020 affected by the health crisis and its repercussions on oil prices, the group has taken an important step in its development in 2021, with :

The first half of the year saw the completion of the construction work, which enabled the unit to be delivered on July 2, 2021, in the presence of the presidents of the two groups: Ecoslops and TotalEnergies. After the completion of operational and safety tests, as well as the approval of the products by a large panel of new customers, the fourth quarter saw the start of the ramp-up with the production of 1,500 tons of refined products, of which 500 tons were sold during the year, representing €0.2 million of turnover ;

Excluding Ecoslops Provence, which recorded a negative EBITDA linked to the ramp-up phase of the Marseille unit, the Group achieved a positive annual EBITDA of €0.2 million, including €1.3 million in the second half of the year.

With the completion of the Scarabox® project and the start-up of the Marseille unit, the group is significantly strengthening its business model in the circular economy in the field of hydrocarbon residues:

- by developing, as far as the Scarabox is concerned, an industrial equipment activity allowing, in addition to slops and sludge, the revalorization of used waste oils. This industrial solution is above all an economic and environmental solution for developing countries.

These two activities are complementary (know-how, teams, references, etc.) but largely independent in terms of development. Revenues from operating the P2R units are linked to the price of oil products, while revenues from the equipment manufacturer business (Scarabox®) are based on the number of units sold and in service. In addition, because they are 100% circular, these innovations contribute to reducing the carbon footprint.

Refined Products turnover has risen sharply, from €3.8M in 2020 to €6.5M in 2021. This 73% increase comes from 6% of the Marseille unit (which produced and sold 1,500 and 500 tons respectively, representing €0.2 million of turnover) and 67% from the Sines unit. Indeed, after a two-month shutdown at the beginning of the year (waiting for the renewal and extension of the operating permit) which represented a loss of 4,500 tons, the Sines unit produced 21,960 tons over the year, including a historical record of 13,889 tons in the second half. In summary, this 67% can be broken down into a +1% volume effect and a +66% price/mix effect with an average sales price that has risen from 201€/Tonne in 2020 to 332€/Tonne in 2021. In the Refined Products activity, the sharp drop in oil prices had deteriorated the gross margin rate in 2020. The recovery of oil prices and the implementation of hedging contracts on Brent crude have enabled us to restore a gross margin rate well above 50% in 2021.

The Cameroonian company, Valtech Energy, customer of the first Scarabox® unit, has lifted the condition precedent related to its financing in December 2021. This will lead to a delivery of the unit in May 2022. As of December 31, 2021, the construction of the unit was 93% complete, corresponding to a turnover of €3.7M.

The increase in personnel costs is €0.16 million. This is linked to the freezing of variable remuneration in 2020 and to general cost control.

External expenses increased by €1.45 million, entirely attributable to the start-up of the Marseille unit.

The financial result has deteriorated by €1 million, due to the entry into force in 2022, on the basis of the 2021 accounts, of the "royalty fees" on the loan from the European Investment Bank. A provision of €0.87 million has therefore been made for these royalty fees, which are calculated as a percentage of consolidated turnover.

Corporate income tax represents an income of €0.7 million and breaks down into a tax income of €0.4 million relating to the research tax credit, and the recognition of deferred tax assets in Portugal for an amount of €0.3 million.

Consolidated balance sheet as of December 31, 2021

(Audited accounts and reports in progress)

It should be noted that the closing cash position is impacted by the change in operating working capital. Indeed, the first payment related to the sale of the Scarabox® (2.4M€) as well as the reimbursement of the 2020 research tax credit (0.4M€) were received at the beginning of 2022, and not at the end of 2021 as expected. Finally, it is recalled that the parent company, Ecoslops SA, has completed at the end of October 2021 a capital increase in cash with cancellation of the preferential subscription right of 6.1 M€ (net of fees and commissions).

Regarding P2R, Ecoslops is engaged in discussions about possible locations in the ports of Antwerp, Singapore and the Suez Canal (for the latter, the prerequisite is the installation of a collection station for marine residues). Even if the commercial process has been slowed down by the health crisis, the group's ambition is to sign one of these three projects in 2022. In this respect, in October 2021 the group signed a partnership agreement with Mercuria Energy Group, the purpose of which is to study together the feasibility of port infrastructure projects for the collection and recycling of hydrocarbon residues in the Middle East and South East Asia.

For the Sines unit in Portugal, the company plans to produce around 25,000 tonnes in 2022.

For the Marseille unit, after a start of operation in 2021 which produced 1,500 tons, the objective for 2022 is to continue to make the installation reliable and to gradually increase its capacity in order to produce 10,000 tons, then to reach full capacity in the following years.

Regarding the Scarabox®, Ecoslops continues to develop a portfolio of prospects, the most advanced of which are located on the African continent. To accelerate the commercial development and to gain a foothold on this virgin market, the group has signed a technical and commercial partnership with Greenflow, a company offering feedstock treatment equipment upstream of the Scarabox® vacuum distillation column.  The objective for 2022 is to contract two new sales. It is reminded that the Group's strategy is to be a minority shareholder in Scarabox® projects in order to guarantee a long term technical and industrial support to the customer companies. In this perspective, the group has taken in February 2022 a 17% stake in the capital of Valtech Energy for an amount of 600k€.

The results of the Gaïa Research 2021 evaluation campaign (covering the year 2020) were published in February 2022 and confirmed the group's continued progress in terms of ESG performance. With an overall score of 68/100, an increase of 5 points compared to the previous year, the group ranks 12th /140 on the scope of companies with less than €150 million in turnover (compared to 12th / 78 in the previous campaign). With a score of 85/100 for environmental criteria, the company is above the industry sector benchmark (61/100 on average), as well as in the social field with 70/100 (compared to 59/100 for the benchmark), and is progressing in terms of governance with 64/100 (within the benchmark average).

The Ecoslops Group is committed to continuous improvement of its ESG performance. 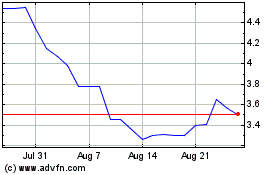 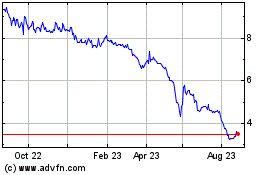 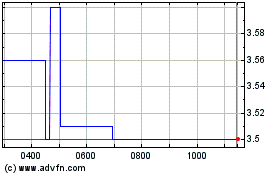