This is the first time Energy Fuels, the Mill – and perhaps any facility in history – has accomplished such a feat. The Company believes it is clearly establishing itself as a "Clean Energy and Critical Mineral Hub" for the United States.

The Company is pleased to announce that it has begun partial commercial-scale REE separations at its White Mesa Mill, located near Blanding, Utah (the "Mill") utilizing existing Mill facilities. As a result, the Company is now producing a more advanced REE Carbonate than it did in 2021. The Company utilized an existing solvent extraction ("SX") circuit at the Mill to remove most of the lanthanum ("La") and produce an advanced cerium ("Ce")-plus REE Carbonate. This product is roughly 32% - 34% neodymium-praseodymium ("NdPr") and 1.8% terbium ("Tb") and dysprosium ("Dy") on a % TREO basis.

This is the first commercial-scale REE separation conducted by the Company, and to the Company's knowledge, the first to occur in the U.S. since at least the early-2000's. The successful integration of partial separations with existing Mill equipment and processes represents a significant advancement in Energy Fuels' long-term plans of becoming a vertically integrated producer of advanced REE products. These separation processes also allow the Company to refine operating costs and optimize metallurgical and engineering designs for installation of a more advanced SX separation circuit at the Mill in the future. This most recent production campaign also further validates Energy Fuels' monazite crack and leach process.

Energy Fuels continues to make rapid progress on restoring commercial REE capabilities to the United States. The Company is currently completing its latest campaign of REE Carbonate production (with partial La separation) from natural monazite sand concentrates. In July 2021, Energy Fuels began successfully extracting REEs from natural monazite utilizing a crack and leach process. The REE Carbonate that the Company has produced since July 2021 meets Neo's commercial specifications, thereby allowing it to be fed directly into the separation process. Energy Fuels' REE Carbonate is the most advanced REE material being produced at commercial quantities in the U.S. today, as it has been chemically altered, impurities have been removed, and it is ready for REE separation without further processing. The Company's new REE Carbonate is even further advanced, as it has been partially separated. The Company is continuing to seek additional supplies of natural monazite sand to expand production.

The Company is also pleased to announce that it is making progress on its lab-scale REE separation pilot program. Lab-scale piloting began in 2021 and is ongoing. The Company has achieved production of a high-purity mixed NdPr oxide from its lab-scale pilot. A sample of NdPr oxide will be sent to Neo for further evaluation with the intent to sell this product as well as other separated oxides to Neo or others in the future. Through the operation of this pilot program, specific design criteria, as well as reagent costs, are being evaluated, which to date, are within initial expectations. REE separation piloting is expected to continue throughout the rest of 2022, which will also allow the Company to evaluate separation of the heavy REEs (samarium ("Sm")-plus).

Energy Fuels has also formally engaged the French consulting firm, Carester SAS ("Carester"), to perform more detailed scoping, cost estimation, permitting support, technical support, and design for commercial "light" REE separation infrastructure at the Mill. The Company is currently preparing an application to the State of Utah, which it expects to submit in late 2022 or in early 2023. The Company plans to be in a position to initially produce up to 10,000 tonnes of total REE oxides ("TREO") by 2025 or 2026. The preliminary, high-level scoping work Carester performed for Energy Fuels in 2021 estimated capital and operating costs to install and operate a "light" separation infrastructure at the Mill capable of producing 10,000 tonnes TREO per year, which are in line with the Company's initial expectations. The Company's expanded collaboration with Carester will include validation of these numbers. If confirmed, Energy Fuels expects to be among the lowest cost REE producers in the world, while also recovering uranium and possibly thorium. Energy Fuels is also evaluating the production of "heavy" REE oxides, including Dy and Tb, which could occur by 2027 or 2028.

The price of uranium has risen dramatically since Russia's invasion of Ukraine. The spot price of natural uranium concentrates ("U3O8") currently sits at $63.25 per pound, an increase of over 50% since December 31, 2021. Energy Fuels has been the largest producer of uranium in the United States for the past several years and has over 11.5 million pounds of annual uranium production capacity, more than any other U.S. company. As of December 31, 2021, the Company had roughly 700,000 pounds of U.S.-origin U3O8, produced by the Company in finished inventory and expects to produce an additional 100,000 to 120,000 pounds in 2022. All the Company's current finished U.S. produced uranium inventory is at the two North American uranium conversion facilities. The Company also has additional significant stockpiled mineralized material at the Mill that can be processed relatively quickly for uranium recovery as required.

Vanadium prices have also risen substantially this year. The mid-point spot price of vanadium oxide ("V2O5") in Europe is currently $12.00 per pound, an increase of nearly 40% since the end of 2021. Energy Fuels has begun selectively selling some of its vanadium inventory in 2022 at increasing prices per pound of V2O5. The Company is continuing to ship V2O5 to the Bear Metallurgical facility in Pennsylvania ("Bear Met") for conversion to ferrovanadium ("FeV") for sale into the steel and specialty alloy industries.

Mark S. Chalmers, President and CEO of Energy Fuels stated:  "I believe the week of April 4, 2022 will go down as one of the most important weeks in Company history. This week, our vision of Energy Fuels as 'America's Critical Mineral and Clean Energy Hub' tangibly advanced, as our White Mesa Mill in Utah sent three shipments of advanced materials containing a total of fifteen critical elements, including the rare earth elements cerium, praseodymium, neodymium, samarium, europium, gadolinium, dysprosium, terbium, holmium, yttrium, erbium, thulium, ytterbium, and lutetium, along with uranium and vanadium, to downstream processing facilities. We sent a shipment of high-purity rare earth carbonate containing 32% - 34% NdPr to Silmet in Estonia, where it will be refined and processed into various advanced materials for use in permanent magnets used in electric vehicle (EV) motors and wind generation, batteries, electronics, defense applications, and other technologies. We sent a shipment of uranium concentrates to ConverDyn in Illinois for sale to U.S. nuclear utilities for the production of carbon-free nuclear energy, and further adding to Energy Fuels' industry-leading finished U.S.-origin uranium inventory. And, we sent another truckload of vanadium to Bear Met in Pennsylvania for conversion into ferrovanadium for use in high-strength steel and other advanced and specialty alloys.

"I could not be more proud of what our team is doing at the White Mesa Mill on rare earths. It is hard to believe, but we are currently producing commercial-scale quantities of a rare earth material that is more advanced than any other company in the U.S. We even recently began commercial-scale rare earth separation in March using existing Mill facilities, the first time the United States has produced a separated rare earth product in a couple of decades. Keep in mind that we only announced our entry into the rare earth space in April 2020. Yet barely two years later, Energy Fuels is producing commercial quantities of advanced rare earth materials. We have been able to move at 'lightning speed,' because we have existing licenses, expertise, and infrastructure, along with dedication and hard work. We believe we are moving faster than any other company in the U.S. on restoring low-cost, domestic critical material supply chains. At Energy Fuels, we don't just talk about restoring critical domestic supply chains. We innovate, invest, and work hard to actually do it, all to the highest environmental, human health, and human rights standards in the world."

Energy Fuels is a leading U.S.-based uranium mining company, supplying U3O8 to major nuclear utilities. Energy Fuels also produces vanadium from certain of its projects, as market conditions warrant, and is ramping up commercial-scale production of REE carbonate. Its corporate offices are in Lakewood, Colorado, near Denver, and all its assets and employees are in the United States. Energy Fuels holds three of America's key uranium production centers: the White Mesa Mill in Utah, the Nichols Ranch in-situ recovery ("ISR") Project in Wyoming, and the Alta Mesa ISR Project in Texas. The White Mesa Mill is the only conventional uranium mill operating in the U.S. today, has a licensed capacity of over 8 million pounds of U3O8 per year, has the ability to produce vanadium when market conditions warrant, as well as REE carbonate from various uranium-bearing ores. The Nichols Ranch ISR Project is on standby and has a licensed capacity of 2 million pounds of U3O8 per year. The Alta Mesa ISR Project is also on standby and has a licensed capacity of 1.5 million pounds of U3O8 per year. In addition to the above production facilities, Energy Fuels also has one of the largest NI 43-101 compliant uranium resource portfolios in the U.S. and several uranium and uranium/vanadium mining projects on standby and in various stages of permitting and development. The primary trading market for Energy Fuels' common shares is the NYSE American under the trading symbol "UUUU," and the Company's common shares are also listed on the Toronto Stock Exchange under the trading symbol "EFR." Energy Fuels' website is www.energyfuels.com. 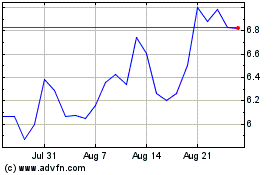 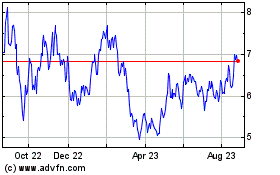 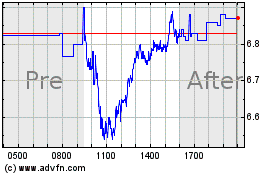