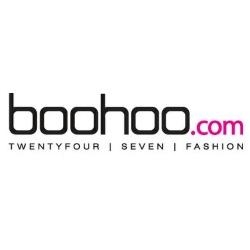 --Department store Debenhams will shutter its U.K. operations as its sale process failed to find a viable buyer

A potential 1.8 billion pounds ($2.4 billion) of revenue from Debenhams is up for grabs as British peers' stocks continue to rise on the collapse of the large competitor, after the department-store said its administrators are starting to wind down its U.K. operations.

Debenhams--which is 232 years old--entered into administration in April for the second time in two years, and said Tuesday that its administrators FRP Advisory Group PLC have decided to shutter the company's British business after a sale process failed to find a viable buyer.

Sport-fashion company Frasers Group PLC in October attempted a bid to take over Debenhams but failed to meet the GBP300 million price demanded by Debenhams' administrators.

Meanwhile, sport-goods retailer JD Sports Fashion PLC said earlier on Tuesday that it had terminated talks about taking over Debenhams.

"FRP Advisory have concluded the initial sale process that was part of their assessment of options for the U.K. business in administration [...] The sale process has not resulted in a deliverable proposal," Debenhams said Tuesday, shortly after JD Sports' retreat.

The department store said it will continue to trade through its 124 stores in the U.K. and online to clear its stock, and will close the U.K. operations if no alternative offers are received in the meantime. Still, its 12,000 U.K. staff are likely to lose their jobs.

Debenhams said in August that it was planning to cut 2,500 jobs, after having laid off staff in May and June, when it had to permanently close several of its locations, including its head office.

Given the uncertain economic environment caused by the coronavirus pandemic, a restructuring of the company is also highly unlikely, Debenhams said on Tuesday.

A further potential GBP1.4 billion of revenue is for the taking from clothing retailer Arcadia, which late Monday said it had appointed administrators to the business and various subsidiaries.

Arcadia employs around 13,000 people across 444 sites in the U.K. and 22 overseas, meaning 25,000 U.K. jobs have been placed at risk over a 24-hour period as a result of Debenhams and Arcadia collapsing.

Before appointing its administrators, Arcadia rejected Frasers Group's offer for a GBP50 million lifeline earlier on Monday, when Mike Ashley's group said it would also be interested in bidding for Arcadia assets.

For Debenhams and Arcadia, the coronavirus has dealt the final blow to already struggling businesses and opened up the race to secure brands from the collapsing chains. According to U.S. bank Citi, online fashion-retailer Boohoo Group PLC is in pole position to take full advantage, thanks to its recent capital raise, completed precisely to expand its portfolio.

Boohoo would be the most logical owner of Arcadia's Topshop and Topman brands, while the remaining chains would better fit Marks & Spencer Group PLC's customer base, the bank said.

"However, the lack of a compelling digital offer is clear and in this regard, Next PLC's Total Platform makes sense if a third party is prepared to invest in the Dorothy Perkins, Wallis or Burton brands," according to Citi.

The potential closure of Debenhams is likely to be good news for Primark, M&S and Next, Citi added. 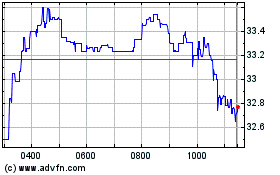