The Executive Order (the "Order"), signed February 24th, focuses on identifying and prioritizing critical and essential goods and materials, including computer chips, large capacity batteries, active pharmaceutical ingredients and critical and strategic materials, as well as rare-earth minerals.  The Order sets out the intention of working with US allies and partners, specifically "assessing allied and partner actions", as a part of the process and offering "possible avenues for international engagement".  The US government critical minerals' list consists of commonly used Lithium-ion battery materials, including manganese and graphite, both of which the Company is vitally involved in. The Order is: https://www.whitehouse.gov/briefing-room/presidential-actions/2021/02/24/executive-order-on-americas-supply-chains/

Manganese X Energy CEO Martin Kepman commented, "The Executive Order is extremely favorable to the Company's efforts to commercialize our manganese production. The US Administration's effort to secure domestic supply chains puts our company at the center of a North American bullseye. Our Battery Hill, New Brunswick manganese property is in close proximity to the US border. Further, as duly noted, there is currently zero North American manganese production. Manganese X Energy is positioning to cure this domestic vulnerability by accelerating our commercialization efforts to be a supplier to the growing North American Electric Vehicle (EV) sector. Additionally, our subsidiary, Graphano Energy, soon to be spun out and separately listed as GEL, is aiming to be one of North America's largest graphite producers."

"While utilizing these EV batteries, the future in general looks very promising for manganese in the Lithium-ion battery world. Manganese is poised to become one of the primary elements and the catalyst in the manufacturing of all new Lithium-ion batteries and future backup energy storage products, harvested from clean energy produced by solar, wind and tidal systems."

Manganese X Energy also owns a significant graphite asset in Quebec under its subsidiary Graphano Energy Limited ("Graphano") and, as already noted, since graphite is used in Lithium-ion batteries, it is listed as a critical mineral in President Biden's Executive Order.

Manganese X's mission is to advance its Battery Hill project into production, with the intent of supplying value-added materials to the lithium-ion battery and other alternative energy industries , The Company is also striving to achieve new carbon-friendly more efficient methodologies, while processing manganese at a lower competitive cost. The company is the only manganese company in North America moving forward toward commercialization of a manganese deposit

Subsidiary Disruptive Battery Corp.'s mission is to develop an HVAC (heating, ventilation and air conditioning) air purification delivery system for cleaner and healthier air, aiming to mitigate COVID-19 and other contaminants on surfaces and in the air. For more information visit the website at www.manganesexenergycorp.com. 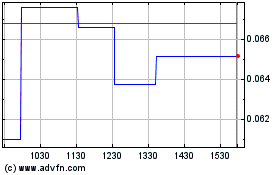