November 9, 2021 -- InvestorsHub NewsWire -- via MarketWatch -- Alternet Systems (OTC Other: ALYI) stock is consolidating ahead of potentially transformative news. For those on the sidelines, investment consideration is timely. And, at a roughly 90% discount from its 52-week high and legislative intent to pour billions into the EV sector, it's a compelling one as well. In fact, with $2 million in revenues expected by the end of next month and two planned acquisitions by the end of 2021, investors could be part of a breakout period of growth at ALYI.

That surge could happen sooner than many expect. Last week, ALYI confirmed that it's close to finalizing two deals to help them penetrate the East African EV products and services markets. Its first is a planned acquisition in Nairobi to expedite ALYI's entry into Kenya's existing motorcycle taxi market. The better news is that upon closing, ALYI will immediately generate a new revenue stream from the estimated $3.3 billion Kenya motorcycle taxi market. Currently, more than one million motorcycle taxis provide over 20 million rides per day. After initial delivery, ALYI should be in an ideal position to accelerate market penetration and help with the region's mission to transition from combustion engine motorcycle taxis to electric motor-powered ones.

The second acquisition, which could close by the end of this month, is a deal to accelerate ALYI's strategy to bring an annual brand name EV race and symposium to Kenya. That deal also adds a new revenue stream from a high-margin business model to capitalize on several markets within a broader EV ecosystem. And that's not all.

Those two deals are expected to add to a record-setting year of revenues for the company. So, at about $0.02 per share, the investment proposition ahead of those deals closing is indeed a good one.

Keep in mind, any new revenues would add to an expected breakout year of receivables. Last month, ALYI announced it expects to reach upwards of $2 million in revenues by the end of this year. Those revenues should come from selling its innovative and stylish ReVolt EV motorcycles into the African boda-boda motorcycle taxi market. In fact, ALYI expects to deliver roughly 2000 of its EV bikes to a market exploding in participation and revenue-generating opportunities. Updates on delivery and service into the market are imminent. And there's more good news expected.

ALYI is also expecting to generate substantial shareholder value by tapping into the opportunities from a broader Electric Vehicle Ecosystem. In other words, ALYI is targeting its initial markets as much more than only an EV motorcycle provider. They are further embedding themselves in aspects of perpetual design of best-in-class vehicles, the mechanical and digital systems side of the markets, and the charging and maintenance infrastructure to support consumer and commercial vehicles.

The entirety of its interests takes advantage of global interest to transition from combustion engines to electric-powered vehicles. A more than $1.2 trillion bill that passed through the US legislature last week also presents an opportunity for ALYI to earn funding for its myriad of programs. Battery design and state-of-the-art communications systems included. But, while grants and awards can expedite growth, so can its financing commitment from RevoltTOKEN.

And that agreement can be a game-changer with RevoltTOKEN (RVLT), suggesting it is willing to invest upwards of $200 million into ALYI's business interests. Of course, as a security token, ALYI will need to prove its ability to generate value for RVLT token holders. But, with deals with several industry companies, including one with iQSTEL, Inc., a $60 million telecom and Fintech company, they should be able to show their worth. Moreover, upon closing its two new deals in Africa in the next 45 days combined with expected revenues of $2 million, they may prove to be an excellent investment for RVLT and its investors. Looking at the RVLT website, they intend to invest in many EV-related opportunities. Hence, the potential from investment there is developing as well.

The better news for investors either long or considering a position is that ALYI is better positioned today than when its shares traded at the $0.20 level. The decline came as COVID-19 took a grip on most markets, with logistics channels virtually closed for business. However, while slowed, ALYI didn't stop.

Instead, they entered development agreements for a potential best-in-class and innovative EV battery design, partnered to make a communications system ideally suited to EV motorcycle riders, and started its plan to create what could become the most inclusive annual EV symposium. It's a telling indicator that as the country moves out of pandemic-related restrictions, ALYI shares are trending higher. Since October, ALYI stock has been trading higher by more than 47%. Still, while good news to investors, it's likely a precursor of better things to come.

That's because ALYI has indeed laid the groundwork to accelerate its business interests outside of the US markets. And by focusing on demand left available by the EV behemoths, that strategy could lead to exponential growth.

And it's a strategy that has become a plan in motion. For the past year, ALYI has worked on creating working partnerships and advancing development deals to maximize the value of its EV and EV Ecosystem assets. Now, as ALYI moves closer to initializing business in the East African markets, the payday could be near as the company positions its assets and expertise to earn a leadership position in the Kenyan motorcycle taxi market.

Remember, too, ALYI has expanded its business reach, transforming from a single product company at its start to one that has interests in multiple segments that can capitalize on the EV boom. Thus, while investors liked ALYI for only its ReVolt EV Motorcycle sales, they should like them more with the company enhancing its revenue-generating opportunities by tapping into an infrastructure built to generate revenues from the service and products side as well. Most importantly, there's no shortage of demand.

In fact, ALYI appears to be in the exact right place at the right time. And with growth in the African motorcycle-taxi markets surging, ALYI's flagship motorcycle could be in demand. That's especially likely with players like Tesla (NASDAQ: TSLA) General Motors (NYSE: GM) not targeting the market with their high-end products. But keep in mind that while small in their standards, the Kenya market, and surrounding areas provide the tremendous billion-dollar market potential for smaller and more agile companies. It's an opportunity that ALYI intends to exploit.

The better news is that ALYI's mission is not complicated. They want to take advantage of relatively unchallenged markets and increase the number of vehicles per 1,000 inhabitants from 44 to 100. And based on the reception of its ReVolt EV motorcycle, combined with funding from RVLT, it's a goal that is attainable over the coming years. Still, while it's a long-term plan, revenue milestones would be met along the way. Thus, shareholder value should follow accordingly. Best of all, meeting that goal could get a boost from one of the world's largest ride-share companies.

Earlier this year, UBER (NYSE: UBER) announced expanding its ride-share service into Africa. For ALYI, UBER's ambition can translate into a catalyst of its own. Remember, UBER develops the service side and doesn't supply the vehicles. So, as noted, ALYI is in the right market at the right time to capitalize on filling the needs on the product side. Better still, by providing efficient, cost-effective, and affordable EV motorcycles that perfectly meet the requirement, they are in the sweet spot of opportunity.

An Opportunity At Ground Floor Prices

Moreover, it looks as though investors are starting to take notice. Yes, shares have been beaten down. But that's true of almost every micro-cap over the past 18-months. Still, while times have been challenging, markets were thinned out, leaving survivors in a better position to capitalize on valuation disconnects.

ALYI is one to watch. Moreover, with ALYI better positioned today than when shares were at the $0.20 level, a more than 1170% surge from today's price could be in play. Posting the expected $2 million in revenues and closing its planned acquisitions could ignite the fuse back to those levels.

Hence, with ALYI stock often moving significantly higher on news, investment consideration at current levels could be wise. Indeed, while micro-caps come with risk, they also can generate substantial returns. And with ALYI assembling the right team, having the right products, and targeting a market in need, it could very well be transformed into a revenue-generating juggernaut in 2022. Time will tell. But at current levels, the move higher has the potential to be electrifying.

Disclaimers: Hawk Point Media is responsible for the production and distribution of this content. Hawk Point Media is not operated by a licensed broker, a dealer, or a registered investment adviser. It should be expressly understood that under no circumstances does any information published herein represent a recommendation to buy or sell a security. Our reports/releases are a commercial advertisement and are for general information purposes ONLY. We are engaged in the business of marketing and advertising companies for monetary compensation. Never invest in any stock featured on our site or emails unless you can afford to lose your entire investment. The information made available by Hawk Point Media is not intended to be, nor does it constitute, investment advice or recommendations. The contributors may buy and sell securities before and after any particular article, report and publication. In no event shall Hawk Point Media be liable to any member, guest or third party for any damages of any kind arising out of the use of any content or other material published or made available by Hawk Point Media, including, without limitation, any investment losses, lost profits, lost opportunity, special, incidental, indirect, consequential or punitive damages. Past performance is a poor indicator of future performance. The information in this video, article, and in its related newsletters, is not intended to be, nor does it constitute, investment advice or recommendations. Hawk Point Media strongly urges you conduct a complete and independent investigation of the respective companies and consideration of all pertinent risks. For some content, Hawk Point Media, its authors, contributors, or its agents, may be compensated for preparing research, video graphics, and editorial content. Hawk Point Media was compensated up to five-thousand-dollars by a third-party to research, prepare, and syndicate written and visual content about Alternet Systems, Inc. Readers are advised to review SEC periodic reports: Forms 10-Q, 10K, Form 8-K, insider reports, Forms 3, 4, 5 Schedule 13D.

Other stocks on the move include IGEX, AABB, and MJWL. 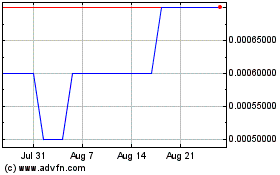 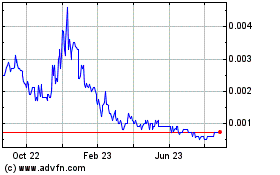 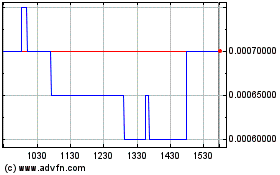