Hydrogen is starting to make its way into businesses and homes across Europe as governments race to find a cleaner replacement for natural gas and coal to heat homes and fuel industry.

Europe has made hydrogen a critical part of its plan to transition away from fossil fuels and slash net carbon emissions to zero by 2050. Supporters say hydrogen, which emits only water when burned, could fuel industrial processes such as those used to make steel and cement, power vehicles, heat homes and serve as a form of clean power for utilities when there is little or no sun or wind -- all with zero carbon emissions.

But if hydrogen is going to compete as a clean-energy source, more needs to be produced and it needs to be green -- that is, made with renewable energy rather than fossil fuels. European companies also have to figure out how to safely store and move it. Hydrogen is explosive upon contact with air in large enough concentration, and it is the least dense element in the universe, so it can't be stored as compactly as natural gas.

Among the European companies moving to create a robust storage-and-distribution system for hydrogen similar to the one that exists for fossil fuels is French utility Engie SA, which wants to store hydrogen in skyscraper-size underground salt caverns. Italian pipeline company Snam SpA is spending billions of dollars on network upgrades and acquisitions to expand its hydrogen business. And in the U.K., electricity-and-gas supplier National Grid PLC is testing hydrogen boilers and stoves, while Centrica PLC has proposed storing hydrogen in a former natural-gas reservoir located off the coast of England.

Of the 228 planned hydrogen projects announced globally, 55% are located in European nations, according to the Hydrogen Council, a trade group, though some of the companies involved say they are awaiting clarity on government spending before moving ahead. The council says hydrogen could supply 18% of the world's energy by 2050. It currently supplies less than 1%, according to the International Energy Agency.

Using hydrogen instead of natural gas and coal could help businesses in high-polluting industries such as steel and cement reduce their carbon footprints, proponents say. Hydrogen also could reduce emissions attributed to home heating.

Utilities say they potentially could use hydrogen as a reliable source of clean power during times of peak demand, or when they can't rely upon sun or wind. Instead of storing excess renewable power in batteries, which are made from finite rare-earth metals and can degrade over time, utilities would use renewable power when it is plentiful to run electrolyzers -- machines that strip hydrogen atoms from water molecules. The hydrogen would then be stored and burned to create power when needed.

"Hydrogen will cost a little more than natural gas, but it will still cost a lot less than a battery, and hold storage better," says Marco Alverá, chief executive officer of Snam, which plans to spend around $4.5 billion between 2020 and 2024 to ready its infrastructure for hydrogen.

Of course, if hydrogen is going to live up to the hype, it needs to be derived from renewable sources and thus emissions-free, which isn't the case for most of the hydrogen produced globally today. More than 99% is a mix of "gray" hydrogen, which is made by splitting the hydrocarbon molecules in coal or natural gas, or "blue" hydrogen, which also relies on fossil fuels but uses carbon-capture methods to sequester emissions.

The European Union is aiming to have 40 gigawatts of green-hydrogen production capacity -- enough to provide approximately 40% of France's electricity consumption, according to the IEA -- installed within its borders by 2030. A group of companies that includes Snam and Spanish utility Iberdrola has vowed to deploy 25 gigawatts of production capacity by 2026, in the hopes of making green hydrogen more cost-competitive with gray hydrogen.

To move all of that new hydrogen into homes and businesses, energy firms may lean heavily on existing natural-gas infrastructure.

Of the 4,200 miles of pipeline that European companies say they plan to dedicate to hydrogen by 2030, three-quarters could be taken from existing gas networks, consulting firm Rystad Energy estimates.

Building extra storage for hydrogen will be critical, however, as hydrogen is one-third as dense as natural gas.

In France, Engie wants to store hydrogen gas in vast underground salt caverns similar to the ones that house the U.S. government's strategic petroleum reserve. The company has proposed spending $16 million to test hydrogen storage at a salt cavern near Lyon in eastern France, with plans to expand the site and use others in France and England.

There are other risks, as well. Critics say hollowing out naturally occurring salt caves by leaching the salt with water can cause brine to contaminate nearby water and ground. And storing combustible gas under cities -- where several caves are located -- could unnerve consumers, they say.

Still, "salt domes are highly impermeable. They don't react to hydrogen and they tend to seal themselves, making for a perfect solution to store large volumes of gas," Mr. Fernandez Oliva says.

In the U.K., Centrica is taking a different tack. The company, which trades as Scottish Gas in Scotland and as British Gas in England and Wales, has proposed spending $900 million to convert Rough -- a retired natural-gas storage facility located under the seafloor, 18 miles off the coast of Yorkshire -- into hydrogen storage. The porous rock in the naturally occurring sandstone reservoir can store four times the hydrogen of all the country's salt caverns put together, the company says.

Like other companies, Centrica wants government assurances -- either in the form of funding or a ramp-up strategy showing how the company can recover its investment -- before pouring money into a hole in the sea.

Engie and Snam, meanwhile, are testing how much hydrogen gas they can mix with natural gas without altering existing pipelines and boilers.

Engie has added 20% hydrogen to the natural gas it supplies to homes in France's northern city of Dunkirk, while Snam has successfully tested 10% hydrogen at Italian pasta and mineral-water factories.

In the U.K., National Grid is spending $18 million in private and public money to test homes in Cumbria, England, with ranges and furnaces that can run on different percentages of hydrogen, up to 100%. Domestic furnaces currently account for 40% of the U.K.'s emissions, according to the company.

While some analysts argue that electric heat pumps would be a more energy- and cost-efficient way to heat homes, others say electrification isn't a cure-all for society's dependence on fossil fuels.

Installing heat pumps can damage the walls and gardens of older homes, says Adam Collins, an analyst at brokerage Liberum. More than half of Britain's homes predate 1965, according to building science nonprofit BRE Trust.

Mr. Hodari is a reporter for The Wall Street Journal in London. Email him at david.hodari@wsj.com. 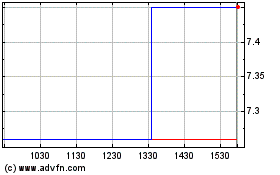