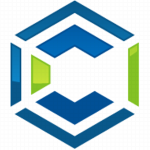 Vancouver, British Columbia -- September 27, 2021 -- InvestorsHub NewsWire -- Cannabix Technologies Inc. (CSE: BLO) (OTC PINK: BLOZF) (the "Company" or "Cannabix") developer of the Cannabix Marijuana Breathalyzer devices for law enforcement and the workplace reports that it is ramping up subject beta testing in a high-volume clinic in the Northwestern US and will ship an additional THC Breath Analyzer ("THCBA") unit to the site. The collaborating clinic has a robust drug testing operation and is one of the top drug testing providers to employers within its respective state.  The Company also reports that it has shipped two THCBA devices to a biomedical clinic in southern Ontario for beta-testing.

The THCBA is a drug screening device for employers and other markets who are seeking a way to quickly (in less than 5 minutes), easily and non-invasively test for recent use of ?9-tetrahydrocannabinol ("THC") - the psychoactive component of marijuana that causes impairment. The THCBA consists of a handheld device and protective case which houses a sterilization module, sample preparation stage, device recovery station and integrated battery charging system. Over the course of 2020 to present the Company has been relentlessly focused on building the THCBA from bench prototypes to the current hand-held portable version 3.0 system. Over recent months, this proof-of-concept system has been introduced into small scale beta-testing sites.  The focus of the beta-testing has been to gather information on user and administrator experience, identifying cross-reactivity of other substances within a semi-controlled study population and to further collect data and train the device's machine learning database and sensitivity profile. Furthermore, feedback has been provided in areas of handling, connectivity, operating procedures and data management.

While beta-testing the version 3.0, company engineers have begun building a THCBA version 4.0 that incorporates feedback from beta-test sites and strategic design changes. The version 4.0 design changes will be geared towards manufacturability and reproducibility, while improving device performance. Several components such as the device's internal sampling chambers are being optimized for production. The microfluidic sensor and related actuator mechanism design have been simplified to minimize manufacturing variability and reduce cost. Several other components have been upgraded to more robust materials that will reduce assembly constraints and simplify tooling.

Company engineers have been planning these upgrades and changes since Q1 and are well into the design of the version 4.0 device which is targeted for pre-production small batch runs in Q4 (2021) followed by broad field testing and clinical testing to establish V4.0 benchmark standards.

The Company also reports that it has begun preliminary discussions with potential manufacturers in North America for the THCBA.

Cannabix Technologies Inc. is a developer of marijuana breathalyzer technologies for law enforcement and the workplace. Cannabix is working to develop drug-screening devices that will detect THC - the psychoactive component of marijuana that causes impairment using breath samples. Breath testing for THC would allow employers and law enforcement to identify recent marijuana use that better aligns with impairment. Cannabix devices are in the advanced prototype and pre-clinical testing stage.

On behalf of the Board of Directors

The CSE has not reviewed and does not accept responsibility for the adequacy or accuracy of this release.

This press release contains forward-looking information that involves various risks and uncertainties regarding future events. Such forward-looking information can include without limitation statements based on current expectations involving a number of risks and uncertainties and are not guarantees of future performance of the Company, such as final development of a commercial or prototype product(s), successful trial or pilot of company technologies, no assurance that commercial sales of any kind actually materialize; no assurance the Company will have sufficient funds to complete product development. There are numerous risks and uncertainties that could cause actual results and the Company's plans and objectives to differ materially from those expressed in the forward-looking information, including: (i) adverse market conditions; (ii) risks regarding protection of proprietary technology; (iii) the ability of the Company to complete financings; (iv) the ability of the Company to develop and market its future product; and (v) risks regarding government regulation, managing and maintaining growth, the effect of adverse publicity, litigation, competition and other factors which may be identified from time to time in the Company's public announcements and filings. There is no assurance that its development of marijuana breathalyzer technology will provide any benefit to the Company, and no assurance that any proposed new products will be built, will be successful in beta testing or clinical trials. There is no assurance that existing "patent pending" technologies licensed by the Company will receive patent status by regulatory authorities.  The Company is not currently selling commercial breathalyzers. Actual results and future events could differ materially from those anticipated in such information. These and all subsequent written and oral forward-looking information are based on estimates and opinions of management on the dates they are made and are expressly qualified in their entirety by this notice. Except as required by law, the Company does not intend to update these forward-looking statements. 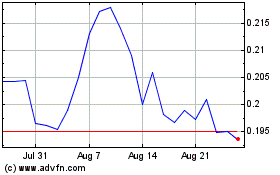 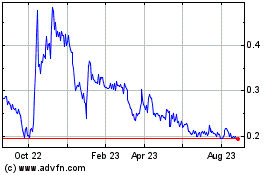 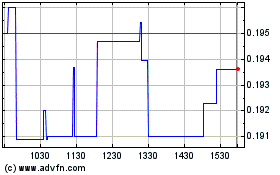