Ioannis Tsitos, President, commented, "We continue working to balance throughput volumes with quality of recovery to achieve our goal of free cash flow from operations. In September, we began to see an increase in gold production with improvements in recovery of higher grade mine feed. During Q4, we will be replacing critical pipelines and pumps for improved efficiencies. We look forward to continued improvements in the following months with our focus on achieving operational free cash flow."

While the average grade has improved substantially with the arrival of the 40-tonne truck and the commencement of production from Pit 4, optimization work to balance quantity of tonnes with quality of recovery continues on the process plant. In September, Goldsource retained the services of Sepro Mineral Systems Corp ("Sepro"), the manufacturer of the Eagle Mountain plant, to perform a process audit. Sepro completed the process audit September 18, 2016 and provided recommendations to improve the process plant performance and recovery. In addition, Goldsource has hired an experienced process engineer to focus on further optimization of recovery and performance of the process plant.  Preparations for a night shift have commenced, with a partial night shift to be phased in during Q4 2016 and a full night shift expected to be in place within the next six months.

Goldsource plans to release its Q3, 2016 unaudited Condensed Consolidated Interim Financial Statements and Management's Discussion & Analysis – Quarterly Highlights after market close on November 24, 2016. The Qualified Person under National Instrument 43-101 - Standards of Disclosure for Mineral Projects for this news release is N. Eric Fier, CPG, P.Eng, and Chief Operating Officer for Goldsource, who has reviewed and approved its contents.

CAUTIONARY  STATEMENT AND FORWARD-LOOKING DISCLAIMER
Management's production decision for the Eagle Mountain Gold Project is not based on a feasibility study of mineral reserves demonstrating economic and technical viability. This project has a much higher risk of economic or technical failure and may adversely impact the Company's projected profits, if any. The risks associated with this decision are set forth in the Company's latest annual management's discussion and analysis available on the Company's website and the under Goldsource's SEDAR profile on www.sedar.com.

This news release contains "forward-looking statements" within the meaning of Canadian securities legislation. Such forward‑looking statements concern Goldsource's strategic plans and expectations in the PEA for the development of the Eagle Mountain Gold Project; the amount of future production of gold over any period; cash operating costs per ounce of gold; life of mine; estimated pre-production cost; the amount of expected grades and ounces of metals, gold recoveries mine life and gold production rates of the Eagle Mountain Gold Project; and expectations regarding the Company's ability to manage capital resources and meet working capital requirements. Such forward‑looking statements or information are based on a number of assumptions, which may prove to be incorrect. Assumptions have been made regarding, among other things: conditions in general economic and financial markets; ability to realize the PEA and develop and finance the project; accuracy of the interpretations and assumptions used in calculating inferred mineral resource estimates; availability of mining equipment; availability of skilled labour; timing and amount of capital expenditures; performance of available laboratory and other related services; and future operating costs. The actual results could differ materially from those anticipated in these forward‑looking statements as a result of the risk factors including: the timing and content of work programs; results of exploration activities and development of mineral properties; the interpretation of drilling results and other geological data; the uncertainties of resource estimations; uncertainty as to actual capital costs, operating costs, production and economic returns at the Eagle Mountain Gold Project; reliance on the PEA; and general market and industry conditions. Forward-looking statements are based on the expectations and opinions of the Company's management on the date the statements are made. The assumptions used in the preparation of such statements, although considered reasonable at the time of preparation, may prove to be imprecise and, as such, readers are cautioned not to place undue reliance on these forward-looking statements, which speak only as of the date the statements were made. The Company undertakes no obligation to update or revise any forward-looking statements included in this news release if these beliefs, estimates and opinions or other circumstances should change, except as otherwise required by applicable law.

Neither TSX-V nor its Regulation Services Provider (as that term is defined in policies of the TSX-V) accepts responsibility for the adequacy or accuracy of this release. 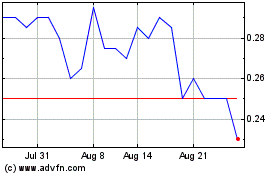 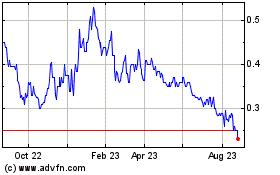 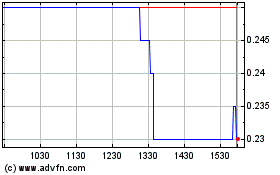