The chief executive of Jeep's owner said he is open to dropping the Cherokee name after recent criticism from the Native American tribe's leadership.

Carlos Tavares, chief executive officer of the recently formed Stellantis NV, said the company was engaged in dialogue with the Cherokee Nation over its use of the name. Jeep has two models, the Cherokee compact sport-utility vehicle and larger Grand Cherokee, that it sells in the U.S. and beyond.

Asked in an interview if he would be willing to change the Jeep Cherokee's name if pushed to do so, Mr. Tavares said, "We are ready to go to any point, up to the point where we decide with the appropriate people and with no intermediaries."

"At this stage, I don't know if there is a real problem. But if there is one, well, of course we will solve it," Mr. Tavares said, adding that he wasn't personally involved in the talks.

Debate over the Cherokee name is among the issues facing Mr. Tavares, who took control of Stellantis when it was formed earlier this year from the merger of Fiat Chrysler Automobiles NV and Peugeot-maker PSA.

Write to Nick Kostov at Nick.Kostov@wsj.com and Nora Naughton at Nora.Naughton@wsj.com 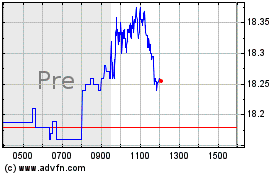