Open-source-software company Red Hat Inc. (RHT) will keep its headquarters in North Carolina's Wake County and add 540 local jobs over the next decade, the Triangle Business Journal of Raleigh-Durham cited the company and Gov. Beverly Perdue as announcing Monday.

Red Hat is based at North Carolina State University, but the company didn't say where in Wake County it will be expanding or whether its headquarters will remain in Raleigh.

Sources said the company had been considering offers to relocate to either Austin, Texas, or Atlanta.

Red Hat already employs 690 people in the state and is planning to first expand its headquarters operation and add 240 jobs associated with its existing product lines. Wages for the new jobs will average $80,525 a year.

A second development project will support the company's expansion into new technologies such as software virtualization and technology "cloud" offerings, according to a statement from the governor's office. 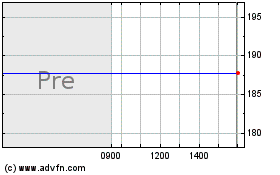