Planet Labs PBC (NYSE: PL), a leading provider of daily data and insights about Earth, and Microsoft Corp. announced an expanded partnership to apply artificial intelligence (AI) technology and satellite data to support African climate adaptation projects. This technology collaboration is in support of Microsoft’s recently-announced first global expansion of its AI for Good Labs into Nairobi, Kenya and Cairo, Egypt and the establishment of a corresponding AI Innovation Council with local partners and nonprofits. Through this program, Africa-based data scientists will have access to Planet satellite imagery from across the African continent to inform projects, as nominated by the AI Innovation Council, that have a specific focus on early warning systems and climate adaptation – the process of adjusting to current or expected effects of climate change.

This initiative marks Planet’s third collaboration with Microsoft’s AI for Good Lab this year. Previous projects include the Global Renewables Watch (GRW) and the kickstart to the partnership – a robust building damage assessment at the outset of the Russo-Ukrainian War.

“Two things that our Planet and Microsoft teams share in common is a very strong bias to action and to do the most good at the best scale,” said Andrew Zolli, Chief Impact Officer of Planet. “Once we were able to see how impactful combining AI and satellite data could be, not just technically, but how impactful it can be when in the right hands, we immediately began to think about the complex problems we could go after - humanitarian aid, climate change, food and energy insecurity, etc.”

The pair of companies, in conjunction with The Nature Conservancy, today announced on Energy Day at the 2022 United Nations Climate Change Conference (COP27), that interested users can now sign up for private previews of the Global Renewables Watch (GRW), a first-of-its-kind living atlas intended to map and measure all utility-scale solar and wind installations on Earth using artificial intelligence (AI) and satellite imagery, allowing users to evaluate clean energy transition progress and track trends over time.

The GRW team also unveiled the complete mapping of solar and wind installations of Kenya, Brazil and Egypt, joining the renewable energy sites mapped in Germany and India that were announced during GRW’s launch in September 2022. Private preview signup is available at: https://www.globalrenewableswatch.org/

The first collaboration that brought Microsoft and Planet together earlier this year was for the Office of the Secretary General of the United Nations, working alongside the UN Operations and Crisis Center (UNOCC) to monitor schools, hospitals and water, sanitation, hygiene and healthcare waste management infrastructure (WASH) across Ukraine to understand who and what had been affected.

The UNOCC supports UN senior leadership in decision-making, situational awareness, risk and crisis management. In response to the invasion of Ukraine and in preparation for future similar situations, the goal was to develop a robust change detection system, harnessing AI and satellite-based technologies, that would bypass inherent traditional damage assessment challenges and support the scale and speed needed for ground teams to respond effectively.

The team surveyed eight Ukrainian oblasts, coupling the UNOCC’s ground reports with Microsoft’s AI and machine learning models on top of Planet’s satellite data, in order to identify and determine if infrastructure was affected or destroyed, and approximate the date on which the damage occurred. From these mapping assessments, the team was then able to determine how many people were affected, by comparing confirmation of the damaged schools or hospitals with the size of the student body or the number of registered patients.

“Prior, for these locations where they were unable to be onsite, the UNOCC did not have documented or reliable evidence of building damage. Through this project, the UN team now has a full account not only of affected infrastructure, but also the displaced and vulnerable populations those buildings served,” said Juan Lavista Ferres, Microsoft VP and Chief Data Scientist. “This is proof of the visible and actionable change that AI and satellite data can deliver to solve complex problems, whether that’s in humanitarian action, sustainability or health.”

Planet Labs PBC (NYSE: PL) is a leading provider of global, daily satellite imagery and geospatial solutions. Planet is driven by a mission to image the world every day, and make change visible, accessible and actionable. Founded in 2010 by three NASA scientists, Planet designs, builds, and operates the largest Earth observation fleet of imaging satellites, capturing over 30 TB of data per day. Planet provides mission-critical data, advanced insights, and software solutions to over 800 customers, comprising the world’s leading agriculture, forestry, intelligence, education and finance companies and government agencies, enabling users to simply and effectively derive unique value from satellite imagery. Planet is a public benefit corporation trading on the New York Stock Exchange as PL. To learn more visit www.planet.com and follow us on Twitter.

Except for the historical information contained herein, the matters set forth in this press release are forward-looking statements within the meaning of the "safe harbor" provisions of the Private Securities Litigation Reform Act of 1995, including, but not limited to, Planet’s ability to capture market opportunity and realize any of the potential benefits from current or future product enhancements, new products, or strategic partnerships and customer collaborations. Forward-looking statements are based on Planet’s management’s beliefs, as well as assumptions made by, and information currently available to them. Because such statements are based on expectations as to future events and results and are not statements of fact, actual results may differ materially from those projected. Factors which may cause actual results to differ materially from current expectations include, but are not limited to Planet’s ability to further extend current agreements or enter into future agreements with customers and collaborators, upon the expiration or termination of current contracts, and the risk factors and other disclosures about Planet and its business included in Planet's periodic reports, proxy statements, and other disclosure materials filed from time to time with the Securities and Exchange Commission (SEC) which are available online at www.sec.gov, and on Planet's website at www.planet.com. All forward-looking statements reflect Planet’s beliefs and assumptions only as of the date such statements are made. Planet undertakes no obligation to update forward-looking statements to reflect future events or circumstances. 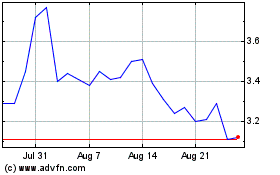 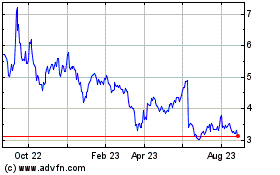 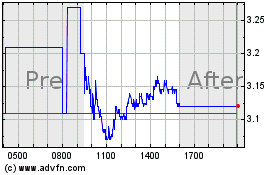