AUSTIN, Minn., May 26, 2021 /PRNewswire/ -- Hormel Foods Corporation (NYSE: HRL), a global branded food company, today announced its company-produced film Cooperation Beyond Words, was awarded the top honor in the diversity, equity & inclusion category for the most effective film in highlighting DE&I issues and/or impacting society at large. The sixth annual Brand Film Awards U.S. are hosted by PRWeek, Campaign and MM+M to celebrate the best in filmmaking on behalf of brands and enterprises. The awards showcase the most artistic, creative and effective films produced by and for brands as they embrace consumer entertainment, whether short or feature-length non-fiction documentaries or scripted films or series. 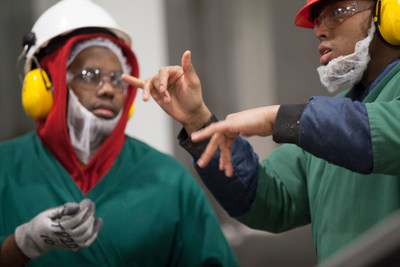 The film highlights the inspired and incredible story of Abdullahi Moallin, who came to America after losing his hearing during the civil war in Somalia. At the Jennie-O location in Faribault, Minn., the plant manager and one supervisor saw something special in Abdullahi and offered him the chance to join the team. That small leap of faith created an opportunity and community at the facility — and helped pave the way for others like Abdullahi to find a career at Jennie-O.

"We are honored that the story of these inspiring team members was selected as the winner," said Steve Lykken, president at Jennie-O Turkey Store. "These team members are truly so special and have been embraced by our entire team at Jennie-O. In a world where differences can be what divides us, it is the opposite here. It is our differences that make us stronger and more successful. Our hard of hearing team members who work alongside those with different backgrounds, beliefs, abilities and skills and all they needed was the chance. It is truly the embodiment of inclusion and belonging."

Hormel Foods has championed inclusion, diversity and belonging efforts throughout its company and the amazing story of the team at its Jennie-O location in Faribault is just one example of how Hormel Foods continues to live its mission of Inspired People. Inspired Food.™

In honor of the recognition, Hormel Foods will donate $5,000 to the National Association of the Deaf.

Hormel Foods Corporation, based in Austin, Minn., is a global branded food company with over $9 billion in annual revenue across more than 80 countries worldwide. Its brands include SKIPPY®, SPAM®, Hormel® Natural Choice®, Applegate®, Justin's®, Wholly®, Hormel® Black Label®, Columbus® and more than 30 other beloved brands. The company is a member of the S&P 500 Index and the S&P 500 Dividend Aristocrats, was named on the "Global 2000 World's Best Employers" list by Forbes magazine for three straight years, is one of Fortune magazine's most admired companies, has appeared on Corporate Responsibility Magazine's "The 100 Best Corporate Citizens" list for 12 years in a row, and has received numerous other awards and accolades for its corporate responsibility and community service efforts. The company lives by its purpose statement — Inspired People. Inspired Food.™ — to bring some of the world's most trusted and iconic brands to tables across the globe. For more information, visit www.hormelfoods.com. 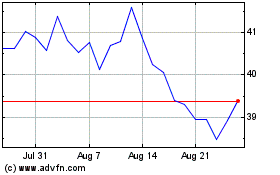 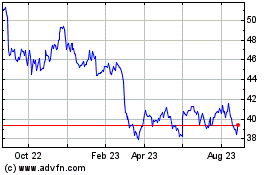 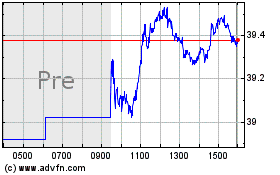