The U.S. military is preparing to fight on a new battlefield: the 5G networks going up around the world.

The Pentagon is testing how lightning-fast 5G networks could transform warfare, from training and logistics to mission planning and communications to new battlefield tactics like the deployment of drone swarms. It is throwing a lot of money at harnessing the new technology -- partly, analysts say, with an eye on China, which has made 5G a military priority.

In October, the Department of Defense said it would spend $600 million experimenting with 5G at bases across the country, building on an earlier round of tests. Telecommunications and defense companies are partners in the experiments, including mobile carrier AT&T Inc. and defense contractor General Dynamics Corp.

The Defense Department began trying to understand what 5G means for its operations several years ago, and last year started conducting tests with 5G at about a dozen sites. The latest experiments are broader in scope and have more funding behind them.

"These aren't just little demonstrations in a small area showing a science experiment," Joseph Evans, the department's principal director for 5G, said last month when the $600 million in funding for 5G projects was announced. "These are at-scale deployments of 5G technology and evaluation of [Defense Department] and industry dual-use type of applications" -- cases where a 5G product sold for civilian purposes might also have military uses.

China is taking similar steps, analysts say. The country generally hasn't been public about its experimentation with military use of 5G, but analysts say it has worked to combine private-sector know-how with its defense-industrial complex, illustrating how promising its leaders believe the technology could be in warfare. Virtually from the outset of the communication standard's development, China has sought to be the 5G leader globally and has explored military applications.

The U.S. has become increasingly concerned about the deployment of Chinese-made 5G equipment in telecommunications networks abroad, which Washington says comes with security concerns that Chinese companies deny. "Worldwide expansion of 5G networks by [Chinese] companies will challenge the security and resiliency of other countries' networks," the Pentagon said in a recent report. The concern is that the equipment could be used for spying on network users or to conduct cyberattacks, a possibility that has been denied by the Chinese government as well as the country's makers of 5G equipment.

Chinese equipment has been effectively banned from U.S. telecom networks, but the U.S. military often operates in countries where local telecommunications networks use Chinese gear. While the U.S. can set up secure 5G networks on the bases it operates, when troops go into local towns their communications may be compromised, the military fears. So the Pentagon is looking for ways to keep American soldiers' communications secure when they deploy overseas, even if those 5G networks use Chinese equipment.

Among other purposes, the Pentagon could use the new technology to ensure more robust and secure battlefield communications. China and Russia have invested heavily in the ability to jam military communications, and 5G could allow the U.S. to mitigate their effectiveness, says Dan Gonzalez, a senior scientist at Rand Corp., a military-focused think tank. The way communications signals are handled by 5G networks makes them harder to disrupt, he says.

"Any technology that can provide some protection against electronic-warfare threats would be very useful," Mr. Gonzalez says. How to employ such systems is still being developed, though, he says.

The Pentagon has been experimenting on communications resiliency at Nellis Air Force Base outside Las Vegas. There, the military is rethinking the traditional Air Force command center -- the central node in an air war where missions are planned and targets assigned. Instead of locating that staff in one place that can be targeted by an adversary, 5G could allow teams to be distributed and mobile.

Another potential application of 5G technology is based on its ability to handle massive amounts of data, allowing users to connect millions of devices through the so-called Internet of Things. For the Pentagon, that potentially means being able to track where every bomb and bullet is stored, making it easier to get the right supplies to the right places on time -- a crucial factor in wartime.

The military is also betting 5G could unlock more futuristic applications. Developers are working on augmented reality and virtual reality for mission planning, training and combat. Those efforts complement other advances in training the military has worked on over the past several years, including VR-assisted simulators of M240 and 50-caliber machine guns.

The Pentagon also sees 5G enabling drones to form into a swarm more resilient to enemy attacks than a single unmanned aircraft.

With 5G, for example, frequencies can be broken up into multiple communication channels called slices that an enemy could try to hack into. "Data from [Internet of Things] devices on a ship or a plane or a warehouse or something like that could tell an adversary an awful lot about what's going on logistically in our world," Mr. Smith says. "That's why we put a lot of thinking into how to secure a slice."

Mr. Fitch is a Wall Street Journal reporter based in San Francisco. He can be reached at asa.fitch@wsj.com@wsj.com. 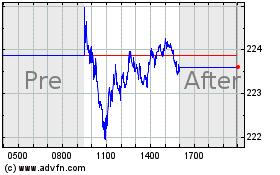