Apparel companies, from elite fashion houses to mass-market chains, are saddled with an inventory glut following monthslong closures during the pandemic. Now, they are trying to get rid of the excess without angering waste-conscious consumers -- or harming their brands.

Some fashion companies have for years quietly destroyed unsold goods rather than allow them to be sold at a discount. But that practice is drawing increasing scrutiny from environmental groups, shoppers and governments, forcing brands to find fresh ways to move clothes, shoes and other products piling up in their inventories.

In the U.S., brands and retailers locked out of an entire fashion season are flooding charities with unsold products, in addition to sending goods to discount stores and liquidators. Good360, a nonprofit that collects excess merchandise and distributes it to charities, said it has received tens of millions of dollars' worth of apparel donations during the crisis; it expects more than $660 million in donations for the entire year, double what it received last year.

In France, home to much of the world's luxury fashion industry, the government this year passed the world's first law forbidding companies from destroying unsold, usable goods. The European Union has proposed a similar ban that would cover the entire 27-nation bloc.

The French law, passed weeks before the pandemic hit Europe in March, is pushing industry giants such as LVMH Moët Hennessy Louis Vuitton SE and Amazon.com Inc. to donate or recycle unsold goods that they would have otherwise destroyed. Companies are forging fast partnerships with recyclers and charities with the capacity to accept and distribute large quantities of goods. They face thousands of dollars in fines if they violate the ban, which will come into force by the end of next year.

LVMH -- which owns Louis Vuitton, Dior and dozens of other brands -- booked a EUR170 million ($200.4 million) write-down on its inventories for the first half of the year, because many products destined for the Spring/Summer fashion season were ordered just before much of the West went into lockdown.

"From a sellout viewpoint, it was not ideal, as we closed most of the stores immediately thereafter," said Jean-Jacques Guiony, LVMH's chief financial officer.

Brands that destroy unsold goods have sparked outrage from consumers, politicians and environmental groups. In 2018, Burberry Group PLC said it would stop destroying inventory, after disclosing that it burned GBP28.6 million ($37.3 million) worth of stock in the previous fiscal year.

Companies, in particular luxury fashion firms, do it because they fear angering clientele who would spend thousands on a designer dress or bag, only to see the same item a year later at a discount store selling for a fraction of the price.

Luxury fashion brands employ teams to ensure that unsold or flawed products don't find their way to unauthorized retailers. Brands first attempt to sell them to employees, and then friends and family. What goes unsold after that is often incinerated.

LVMH said it works with a specialized recycler, Nordechets, to avoid the destruction of unsold goods. At a facility in the Loire Valley of France, jewels and precious metals are recovered. Items bearing the logo of a brand are shredded and reincarnated as fiber or insulation.

Yet just 11 of LVMH's 75 brands recycle with Nordechets, and even those that do still destroy some products that the facility can't process.

Big retailers sometimes destroy returned products rather than deal with the cost of trying to resell or even give them away. In France and other countries, companies can recover the value-added tax for products they destroy, but not for those they donate.

"Often businesses tell us that, overall, it costs more to destroy than to donate," said Victoire Scherrer of Agence du Don en Nature, a French nonprofit that distributes excess inventory from big companies to local charities.

During the pandemic, Gap Inc. donated more than $60 million in unsold apparel, a spokeswoman said. That came as it marked down its inventory by $235 million in the three months ending May 2.

"Overall, we destroy very little inventory, and only do so if the product is damaged and therefore deemed non-sellable," said Gap spokeswoman Justine Jordan.

Guess? Inc. donated 45,000 items of clothing to Good360, as it set aside $70 million in the quarter ending May 2 for losses on obsolete inventory.

Estimating how much unsold inventory is destroyed each year is difficult, because companies prefer to keep quiet about the practice. A French government study estimated that French businesses destroyed EUR600 million in unsold goods in 2014, the last year data are available. That was six times more than they donated.

The new law has France gearing up for a surge in donations.

"We're expecting very strong growth," said Sonia Rodrigues, logistics director at Dons Solidaires, a French nonprofit. "We're working to ensure that there will be enough space to accept all these donations," she said.

At its warehouse south of Paris, Dons Solidaires receives pallets of diapers from Procter & Gamble, pens by the thousand from Bic, some household appliances and myriad other goods. Toy donations surge around Christmas. The organization repackages and ships products to around 600 charities across France.

Numerous companies have approached the group ahead of the passage of the new law, and it is recruiting more volunteers and preparing to rent more warehouse space to manage the expected influx of donations.

Amazon said it is rolling out a program in France that allows its third-party merchants to give their unsold stock in Amazon warehouses directly to charity. "We hope this will drastically reduce the destruction of product, with the objective of bringing this number as close to zero as possible," Amazon said.

Last year, an investigative report by the French television channel M6 found that Amazon was destroying thousands of products. The report helped prod the government to include the ban in waste-reduction legislation passed last month.

Amazon has rolled out its donation program for its U.S. merchants. The e-commerce giant still destroys unsold goods in the U.S., and charges its third-party merchants a fee for doing so.

"In certain cases, we are unable to resell, donate or recycle products, for example for safety or hygiene reasons," said Amazon spokesman Dan Perlet. 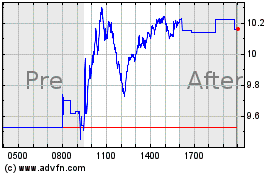