under the Securities Act of 1933

NDM: Well, we are, I think it’s fair to say unique in our size and central focus. So we’ve done two SPAC transactions and three SPAC IPOs all in 2020. dMY Technology I, which just closed today with Rush Street Interactive, was actually early in the current wave of I think sort of a SPAC, you know, enthusiasm in the public market. So we “IPOd” back in February, we announced the transaction with Rush Street in July, we just had the shareholder vote, and the ticker changed today. So today you can no longer trade DMYT, instead you buy RSI, which stands for Rush Street Interactive. The second SPAC deal we did, you know we “IPOd” in August, we found a deal quite quickly, with another gaming-related business but in the data services space called Genius Sports Group. And that just now has a while to go before it closes, we’ll probably close, you know, in the early spring. Our third SPAC “IPOd” in November and we’re, we’re still in search mode. But I think it’s fair to say that Goldman Sachs has underwritten all of our SPACs and that’s been a critical ingredient of our success. Harry You, my partner, and I have both been public company CFOs and CEOs for hundreds of quarters in aggregate. And we have found that this is really a winning combination, of really knowing what it’s like to sit in the CEO, CFO chair when you go public.

RB: So with that third SPAC out there, is the idea here that you’re going to look for something, that’s going to be complementary to the other two, or is it something completely different?

NDM: Well we take our non-competes quite seriously, you know, Harry and I are both on the board of Rush Street Interactive, you know as of today, and we’re, we’ll be on the board of our second SPAC, Genius Sports Group, as well. So the third one we’re actually, searching, we said in the, in the deeper tech, bit of the mobile ecosystem. So the first one was consumer, you know gaming, online casino, the second one is sports book data. The third one will be, you know something probably in cloud computing, AI computing, potentially even, you know something like quantum computing or cloud networking. You know, the kinds of technologies that really underpin the future of mobile.

TR: It’s also been a year when we’ve had the CEOs of companies like DraftKings and FanDuel on this program. Is there enough for all of you to play and gain market share?

NDM: Well I think it’s gonna be an industry where, you know, as always, there’s, there’s a few bigger companies with network effects that, that benefit and, and ultimately win the lion’s share. You know, Rush Street Interactive is the number one online casino business. So if DraftKings is number one in Sports, Rush Street is number one in online casino, at least according to Eilers & Krejcik, you know third-party sources. We’ve been, you know I’d argue, you know, best operationally, if you look at our numbers, we’re not losing, we didn’t lose money this year, we actually made money this year, which I think will start to matter in the coming years as you look at bigger players battling it out in the sports book and casino space. We’re a top three or four sports book business and a number one casino play in pretty much every state that matters, and you know, Rush Street is very adept at being first to new markets that are opening up and things like, places like Iowa, Michigan, etcetera, already has a license

for places like New York. So you know, I think there’s room for three players in every state. I think we’re going to be the number one casino player in pretty much every state that matters, worst case, you know, number two in a state or two. [Unintelligible] liberalizes, and combined with the number three or four sports book position, gives us a commandingly compelling position for investors, because Rush Street cares about unit economics, we care about profitability, we care about return on invested capital. To give you a metric that might impress or shock you even, you know we got all the way to IPO at Rush Street at only 50 million dollars of invested capital. That’s, you know, I think 900 million dollars less than, than some other people that got to IPO in the space. And this is a metric by the way that dMY Technology cares a lot about. So, Genius Sports Group, our second SPAC, it, it has gotten all the way to effectively announcement with us on only 40 million dollars of invested capital. So, we think this metric really speaks to entrepreneurs that have momentum, understand how to build businesses, have real barriers to entry – and ultimately, you know, we look for businesses by the way in all of our SPACS that do very well regardless of shelter in place or not. So that’s a big theme for us is, you know, effectively COVID-immune, recession-proof businesses, we like those a lot. 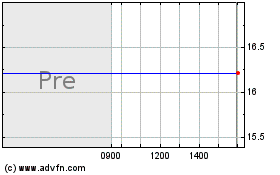