The Trump administration's revived rule to end rebates that drugmakers give to middlemen in Medicare is awaiting approval from the Office of Management and Budget and a final rule could be imminent, according to a person familiar with the matter.

The administration has said the rule would drive down the prices consumers pay for prescription drugs. An earlier version of the rule, a signature part of President Trump's plan to lower drug prices, was withdrawn in 2019 because some White House advisers raised concerns that it could increase Medicare premiums. Mr. Trump in July signed an executive order that revived the rule and added a requirement that it not raise premiums or increase federal spending.

Ending the annual rebates would spare drug companies from paying billions of dollars to middlemen in Medicare, the federal health-insurance program for seniors and the disabled. Health plans had fought against the proposal because they would then have to cover higher drug costs. The rule was revised because of the requirements on premiums imposed by the executive order, the person said.

The Department of Health and Human Services' decision to submit the rule to the OMB shows the administration plans to continue making health-related rules and regulations before Jan. 20, when President-elect Joe Biden is scheduled to be inaugurated.

Write to Stephanie Armour at stephanie.armour@wsj.com 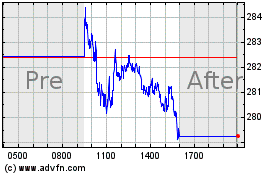