B and G Foods News

As filed with the Securities and Exchange Commission on May 12, 2021

On May 11, 2021, B&G Foods announced that it has appointed Kenneth C. “Casey” Keller, age 59, as our next President and Chief Executive Officer, effective June 14, 2021. Mr. Keller will succeed B&G Foods’ Interim President and Chief Executive Officer, David L. Wenner, who will remain a director of our company and will work closely with Mr. Keller to assist with the transition. Mr. Keller will also be elected to B&G Foods’ Board of Directors.

Most recently, Mr. Keller served from January 2020 to September 2020 as president and CEO of JDE Peet’s NV, a $7 billion global coffee and tea company with over 20,000 employees based in Amsterdam, The Netherlands. He led the merger of Jacobs Douwe Egberts (JDE) and Peet’s Coffee, Inc. in December 2019 and the successful initial public offering of the combined company in May 2020. Prior to the merger, Mr. Keller was the president and CEO of Peet’s Coffee, a premium specialty coffee company based in California, from August 2018 to December 2019.

Prior to joining Peet’s Coffee, Mr. Keller served as global president of the Wm. Wrigley Jr. Company, a subsidiary of Mars, Inc. He joined Wrigley in 2011 as president of Wrigley North America and later assumed responsibility for Wrigley Americas. Mr. Keller served as president of Alberto Culver USA from 2008 until the company’s acquisition by Unilever in 2011. He also worked at the H.J. Heinz Company in both the United States and Europe, leading the ketchup, condiments and sauces division in the United States and was the CEO of Heinz Italy. Mr. Keller began his consumer goods career with Procter & Gamble.

From October 2017 until August 2018, Mr. Keller served as a director of Cott Corporation and as a member of its audit committee.

Mr. Keller earned a Bachelor of Arts degree from Cornell University and served for four years as an officer in the U.S. Navy before receiving his Master of Business Administration (MBA) from Harvard Business School.

A copy of the press release issued by B&G Foods on May 11, 2021 announcing the foregoing is attached to this report as Exhibit 99.1.

There are no arrangements or understandings between Mr. Keller and any other person pursuant to which he was appointed as our next President and Chief Executive Officer and will be appointed as a director of our company. There is no family relationship between Mr. Keller and any director, executive officer, or person nominated or chosen by our company to become a director or executive officer of our company. B&G Foods has not entered into any transactions with Mr. Keller that would require disclosure pursuant to Item 404(a) of Regulation S-K under the Securities Exchange Act of 1934.

In connection with Mr. Keller’s appointment as President and Chief Executive Officer, our company entered into an employment agreement with Mr. Keller on May 11, 2021.

Overview; Base Salary. The employment agreement provides that Mr. Keller will be employed as our President and Chief Executive Officer at an annual base salary of $1,050,000 or such higher figure as may be determined at an annual review of his performance and compensation by the compensation committee of our board of directors. Mr. Keller will be appointed to the Board of Directors of our company on or as soon as reasonably practicable following his June 14, 2021 start date and he has agreed to accept such appointment and to serve as a member of the Board of Directors during his employment with our company and for so long as he is reelected by our stockholders, without any additional compensation for such service.

Relocation Assistance Payment and Temporary Living and Travel Allowance. Mr. Keller will receive relocation assistance payments totaling $150,000 and a temporary living and travel allowance of $8,350 per month for up to six months.

One-Time Equity Award. On June 14, 2021, Mr. Keller will receive a one-time grant of stock options for shares of our company’s common stock with a grant date Black-Scholes value of $1,500,000. The sign-on option grant will cliff vest on June 14, 2024, subject to pro rata accelerated vesting in the case of death, disability, retirement at age 62 or older, or termination without cause.

Term. The initial term of the employment agreement commences on June 14, 2021 and ends on December 31, 2022, subject to automatic one-year extensions, unless earlier terminated. The employment agreement may be terminated by Mr. Keller at any time for any reason, provided that he gives us 60 days’ advance written notice of his resignation, subject to special notice rules in certain instances as described below, including a change in control or a deemed termination “without cause.”

The employment agreement may also be terminated by B&G Foods for any reason, including for “cause” (we must give 60 days’ advance written notice if the termination is without cause). As defined in the employment agreement, a termination for cause includes termination by us due to conviction of a felony or any other crime involving moral turpitude, whether or not relating to Mr. Keller’s employment; habitual unexcused absence from the facilities of B&G Foods; habitual substance abuse; willful disclosure of material confidential information of B&G Foods and/or its subsidiaries or other affiliates; intentional violation of conflicts of interest policies established by our board of directors; wanton or willful failure to comply with the lawful written directions of our board of directors; and willful misconduct or gross negligence that results in damage to the interests of B&G Foods and its subsidiaries or other affiliates. Mr. Keller will be considered to be terminated without cause if he resigns because we have substantially changed or altered Mr. Keller’s authority or duties so as to effectively prevent him from performing the duties of the President and Chief Executive Officer as defined in the employment agreement, or require that his office be located at and/or principal duties be performed at a location more than 45 miles from the present headquarters located in Parsippany, New Jersey. In this event, Mr. Keller must notify us within 30 days and must allow us 30 days to restore his duties.

Severance Benefits. In the case of termination by us without cause, termination by us due to Mr. Keller’s disability or death, or a resignation by Mr. Keller described above that is considered to be a termination by us without cause (including upon a change of control subject to the occurrence of the second trigger described above), the employment agreement provides that he will receive the following severance benefits, in addition to accrued and unpaid compensation and benefits, for a severance period of one year: (1) salary continuation payments for each year of the severance period in an amount per year equal to 200% of his then current annual salary, (2) continuation during the severance period of medical, dental, life insurance and disability insurance for Mr. Keller, his spouse and his dependents, or if the continuation of all or any of the benefits is not available because of his status as a terminated employee, a payment equal to the cost to our company as if he were not a terminated employee of the excluded benefits, and (3) outplacement services. The severance period will be increased to two years after the date of termination of employment if Mr. Keller terminates his employment following a change in control upon the occurrence of the second trigger described above or if we terminate Mr. Keller’s employment without cause within one year following a change of control.

No Excise Tax Gross-Up. Mr. Keller is not entitled to any “golden parachute” excise tax gross-up payments under the employment agreement or any other agreement or plan with our company.

Non-Competition Agreement. During Mr. Keller’s employment and for one year after his voluntary resignation or termination for cause, Mr. Keller has agreed that he will not be employed or otherwise engaged by any food manufacturer operating in the United States that directly competes with our business. Receipt of the severance benefits described above after a voluntary resignation or termination for cause is contingent on Mr. Keller’s compliance with this non-competition agreement.

A copy of the employment agreement is attached to this report as Exhibit 10.1 and is incorporated by reference herein. 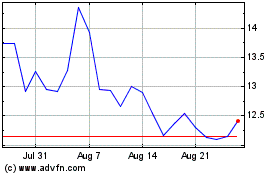 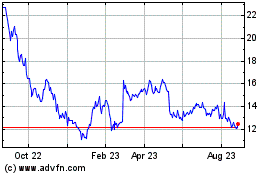 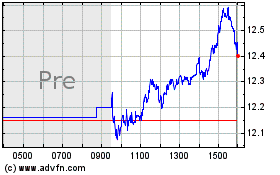