Rising insurance premiums are costing businesses millions of dollars they can ill afford as they navigate the coronavirus pandemic. Many companies are responding by trying to manage risks on their own.

A surge in demand for so-called captive insurance and the increasing amount of capital being devoted to mitigating risks have caught many in the industry by surprise, including brokers who sell the idea of setting up a captive insurer.

A captive is owned and controlled by the business that establishes it, which could be a restaurant, drugmaker or retailer. It writes coverage for its owners and pays out claims when the business runs into unexpected trouble. Before the coronavirus had even appeared, some U.S. businesses had ensured their captives wrote policies covering a potential pandemic, allowing them to avoid disputes with mainstream insurers. Some mainstream insurers have largely refused to pay out business-interruption claims made by companies hurt by shutdowns.

Setting up one's own insurance company can be a risky strategy. A captive insurer without sufficient capital -- particularly early in its existence -- can become insolvent if it is hit with large claims, leaving the parent company exposed at a time of need. Captives also need to make underwriting and claims decisions at arm's length from their owners. A failure to do so risks their falling afoul of regulators in some countries.

But if a company can't find suitable cover on the open market, setting up a captive could be an alternative. Going without insurance might not be an option -- for regulatory reasons, a company might need to show it has an insurance policy.

U.S.-based insurance broker Marsh said at least 25 of the captives that it manages globally have been writing coverage for pandemic risks. Many other businesses have set up captives to counter premiums that have risen every quarter since late 2017. The pandemic could fuel even higher premiums as insurers seek to price risk more aggressively.

Marsh said the number of new captives it helped to form tripled between January and July compared with a year earlier, coinciding with a period when global insurance prices logged double-digit increases in the midst of the coronavirus crisis. Aon, another insurance broker, said it had also seen higher demand for the units.

In late July, its Gryphon Mutual Insurance Co. went live, the culmination of months of preparatory work that began before the pandemic. The captive is focused on property in North America, but could be expanded to other regions in future.

"Ultimately, it will provide us with greater control over our property insurance program and reduce premiums and brokerage costs for our limited partners," a Blackstone spokesperson said.

Captives aren't a new tactic for companies to mitigate risk. Credit-rating company A.M. Best Co. says the world's first captive was formed in Bermuda in the 1960s in response to a hardening insurance market, which describes when premiums get more expensive and insurers' capacity for cover decreases. The use of captives often coincides with a hardening insurance market, or during crises such as the 9/11 terrorist attacks, or the hurricanes that ravaged the Gulf of Mexico coast in 2004-05.

Many of the biggest U.S. companies have used captives, including in the oil and gas sector. In recent years, ride-hailing companies Uber Technologies Inc. and Lyft Inc. have formed insurance subsidiaries. Insurance can be a challenge for companies engaging in new business models: Mainstream insurers often don't have enough information to price coverage in a way that would make these new businesses economically viable.

Increased use of captives doesn't pose an immediate risk to the insurance sector, brokers say. Aon said it reflects a reordering of the industry, with insurers willing to give up business lines that had become uneconomic. Still, companies with captives could look to broaden their use in the future.

The pandemic has highlighted the attractiveness of being able to tailor insurance using a captive, rather than relying on cover from the open market through mainstream insurers. Many businesses thought they were covered for unexpected shocks, only to be told by their mainstream insurers that pandemic exclusions in the fine print of policies made their claims invalid.

Around the world, courts are debating whether business-interruption insurance policies held by millions of companies cover a pandemic. In the U.S., property insurers have won a flurry of judicial rulings backing up their rejections of claims for businesses' lost income during government-ordered shutdowns, dimming policyholders' hopes of payments to help them rebound. On Sept. 15, a U.K. court ruled mostly in favor of policyholders in a test case that examined different policy wordings.

Write to Alice Uribe at alice.uribe@wsj.com 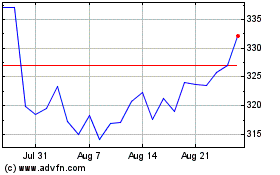 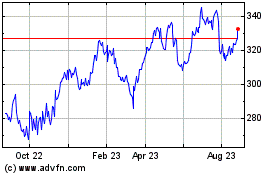 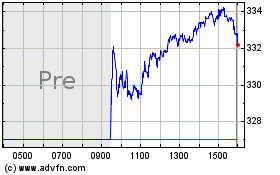