Check the appropriate box below if the Form 8-K filing is intended to simultaneously satisfy the filing obligation of the registrant under any of the following provisions.

On February 18, 2021, Veeco Instruments Inc. (the “Company”) entered into a Lease (the “Lease”), by and between the Company, as Tenant, and Trimble-Junction Ventures, LLC, a Delaware limited liability company (“Landlord”), providing for, among other things, the lease by Landlord to the Company of the entirety of that certain building containing 96,780 rentable square feet located at 355 East Trimble Road, San Jose, California (the “Premises”), for a term of sixteen (16) years, which is expected to commence on January 1, 2022. The Company will have access to the Premises on a rent-free basis from April 1, 2021 to December 31, 2021 to complete its tenant improvements. The Company also has two (2) consecutive options to extend the term of the Lease for an additional three (3) years each, at a base rent equal to 95% of fair market rent as of the beginning of each extension term (as agreed to by the parties or determined by a neutral arbitration process), which such base rent will increase by three percent (3%) every year during the extention term. Base rent under the Lease is initially $2.13 per rentable square foot per month (totaling $206,141.40 per month, or $2,473,696.80 on an annual basis, for the initial year of the term), and increases by three percent (3%) at the end of each year of the term (including the extension term). Landlord grants the Company full abatement of base rent during the first year of the term, and partial rent abatements on 16,780 rentable square feet of space during the second year of the term, 11,780 rentable square feet of space during the third year of the term and 6,780 rentable square feet of space during the fourth year of the term. Landlord also grants the Company aggregate tenant improvement allowances of $6,834,117 ($70.61 per rentable square foot of the Premises), toward total expected expenditures by the Company to improve the Premises for its intended use of approximately $30,000,000 to $40,000,000 over the next two years. The Lease is on a “triple net” basis, and the Company is also required to reimburse Landlord during each year of the term and extension term for 100% of the taxes, insurance, utilities and other maintenance and operating expenses allocable to the Premises (currently estimated to be $397,647 per year, or an additional 34 cents per rentable square foot per month), subject to the limitations set forth in the Lease.

The foregoing description of the Lease is not complete and is qualified in its entirety by reference to the text of the Lease, a copy of which is attached hereto as Exhibit 10.1 and incorporated herein by reference. 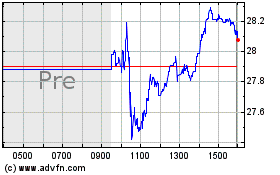