Berkshire Hathaway Inc. is trading at more than $421,000 per Class A share, and the market is optimistic. That's a problem.

The price has grown so high, it has nearly hit the maximum number that can be stored in one common way exchange computers handle digits.

Nasdaq's computers can only count so high because of the compact digital format they use for communicating prices. The biggest number they can handle is $429,496.7295. Nasdaq is rushing to finish an upgrade later this month that would fix the problem.

It isn't just Nasdaq. Another exchange operator, IEX Group Inc., said in March that it would stop accepting investors' orders in Class A shares of Berkshire Hathaway "due to an internal price limitation within the trading system."

It's the stock-market version of the Y2K bug. And it's becoming an increasingly urgent issue as shares of Warren Buffett's company have risen more than 20% this year, buoyed by a rising market and a return to profitability after fallout from the Covid-19 pandemic in 2020.

Here's the trouble: Nasdaq and some other market operators record stock prices in a compact computer format that uses 32 bits, or ones and zeros. The biggest number possible is two to the 32nd power minus one, or 4,294,967,295. Stock prices are frequently stored using four decimal places, so the highest possible price is $429,496.7295.

No other stock is anywhere near Berkshire Class A's stratospheric price levels, so it is understandable why the engineers behind Nasdaq's and IEX's systems chose the number format, which programmers call a four-byte unsigned integer.

The U.S. stock with the second-highest share price, home builder NVR Inc., is trading just above $5,100 a share. Using compact formats that take up less memory can make software more efficient, a high priority in the world of electronic stock trading.

At the root of the problem is Mr. Buffett's decadeslong refusal to execute a stock split of Berkshire's Class A shares. The 90-year-old billionaire has signed birthday cards to friends with the message, "May you live until Berkshire splits," according to Fortune magazine. When pressed on the issue, he has told shareholders that a lower price would bring unsophisticated short-term investors into the stock.

"I know that if we had something that it was a lot easier for anybody with $500 to buy, that we would get an awful lot of people buying it who didn't have the faintest idea what they were doing," he told investors at Berkshire's annual meeting in 1995.

Since then, Berkshire has introduced Class B shares with a lower price point, broadening the company's investor base. And many brokers now offer fractional trading, allowing investors with just a few spare dollars to purchase tiny slices of Berkshire.

Still, Mr. Buffett has insisted on not splitting Berkshire Class A shares.

In an alert to clients on Monday, Nasdaq said it would finish an upgrade of its data feeds on May 17 to allow stock prices greater than $429,496.7295. Until then, however, the exchange said it would temporarily suspend publishing the price of any stock that exceeds 98% of the threshold.

That happened on Tuesday, when Berkshire Class A shares closed at $421,420.00. A Nasdaq spokeswoman confirmed that the stock had effectively disappeared from the affected data feeds, including Nasdaq Last Sale and Nasdaq Basic.

Those feeds are used by brokers such as Robinhood and Webull Financial LLC, according to the brokers' websites, as well as some online financial news and data providers. Potentially, that could cause hiccups for investors who monitor Berkshire Class A prices if the brokers don't have a backup source of data available. A Robinhood spokesman said the brokerage wasn't affected. Webull declined to comment.

"Data integrity is of utmost importance at Nasdaq," a spokeswoman for the New York-based exchange operator said, calling the move a temporary measure.

Decades ago, it was unusual for any stock to trade above $100 a share. But since then, many executives have followed Mr. Buffett's lead in refusing to split their stocks, and nowadays the club of companies with share prices above $1,000 includes Alphabet Inc., Amazon.com Inc. and Chipotle Mexican Grill Inc. That has prompted consternation among some stock-market observers who say the market works better when share prices aren't so high.

James Angel, a finance professor at Georgetown University who has studied the issue, says such elevated share prices result in higher trading costs for investors. Now, Berkshire's outsize share price has forced a time-consuming overhaul of stock-market systems, he adds.

"This is but one of the many problems that Berkshire inflicts upon many others by their refusal to split the stock," Mr. Angel said.

Still, the professor is quick to stress his respect for Berkshire's longtime chief executive. "I'm a big fan of Warren Buffett," Mr. Angel said. "I used to quote him at least twice a day. But this is one area where I disagree with him." 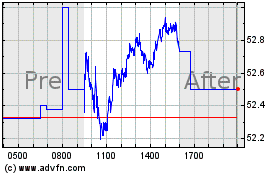