Caladrius Biosciences, Inc. (Nasdaq: CLBS) (“Caladrius”) and Cend Therapeutics, Inc. (“Cend”) today announced that the proposed merger of the two companies has closed following the approval of Caladrius’ stockholders on September 13, 2022. The merged company will operate as Lisata Therapeutics, Inc. (“Lisata”) and will focus primarily on advancing its CendR Platform™ technology product candidates in a range of oncology indications, in addition to Caladrius’ existing development programs. Lisata will commence trading on The Nasdaq Capital Market today, September 15, 2022, under the ticker symbol “LSTA”.

“The completion of the merger of Caladrius and Cend is an extraordinary milestone for our companies, our employees, our stockholders and, it is our fervent hope, for patients,” stated David J. Mazzo, Ph.D., Chief Executive Officer of Lisata. “The entire Lisata team is driven by the goal of helping patients who suffer from difficult-to-treat cancers via our CendR platform™ as well as other devastating diseases, and we are committed to the development of innovative products to treat such conditions. Based on our strong balance sheet, advancing mid-late stage clinical development pipeline and our Tumor-Penetrating Nanocomplex™ (“TPN”) platform that holds potential to enable effective treatment of solid tumor cancers with RNA-based medicines, we expect to reach important development milestones over the next 24 months.”

Pursuant to the merger agreement and upon the closing of the merger, three former Cend directors, including Erkki Ruoslahti, M.D., Ph.D., Heidi Henson, and David Slack, MBA, were appointed as directors. Gregory Brown, M.D., former Chairman of Caladrius, will continue in the role as Chairman of Lisata, and three Caladrius directors, including David Mazzo, Ph.D., Cynthia Flowers, and Steve Klosk, will continue as directors on Lisata’s Board.

Additionally, Lisata is pleased to announce that Mohammad Azab, M.D., M.Sc., MBA has been appointed to the Lisata Board of Directors. Dr. Azab possesses more than 30 years of experience in worldwide drug development, and almost 20 years as board director. He led the development of several FDA and EMA approved drugs, including six in oncology. Previously, Dr. Azab served as Chairman of the Board of Directors, President, and Chief Medical Officer of Astex Pharmaceuticals, Inc. (previously Supergen Inc.). Prior to joining Astex Pharmaceuticals in July 2009, Dr. Azab served as President and CEO of Intradigm Corporation in Palo Alto, California, before it was acquired by Silence Therapeutics, a company developing siRNA cancer therapeutics. Previously, Dr. Azab served as executive vice president of Research and Development, and Chief Medical Officer of Vancouver, British Columbia-based QLT Inc., where he led clinical development for now-approved drugs in oncology, gastrointestinal and ophthalmologic indications. He also served as Oncology Drug Team leader at UK-based Zeneca Pharmaceuticals, now AstraZeneca, where he held responsibilities in global clinical development. In this capacity, he managed the development of now approved drugs for prostate, breast, lung, and colorectal cancer indications. Before Zeneca, Dr. Azab was an international medical manager in oncology at Sanofi Pharmaceuticals, in Gentilly, France.

Lisata Therapeutics is a clinical-stage biopharmaceutical company dedicated to the discovery, development, and commercialization of innovative therapies for the treatment of advanced solid tumors and other major diseases. Lisata’s lead investigational product candidate, LSTA1 (formerly known as CEND-1), is designed to modify the tumor microenvironment by activating a novel uptake pathway that allows anti-cancer drugs to penetrate solid tumors more effectively. LSTA1 actuates an active transport system in a tumor-specific manner, resulting in systemically co-administered anti-cancer drugs more efficiently penetrating and accumulating in the tumor, while normal tissues are not affected. LSTA1 has demonstrated favorable safety, tolerability, and activity in clinical trials to enhance delivery of standard-of-care chemotherapy for pancreatic cancer. Lisata and its collaborators have also amassed significant non-clinical data demonstrating enhanced delivery of a range of emerging anti-cancer therapies, including immunotherapies and RNA-based therapeutics. Lisata is exploring the potential of LSTA1 to enable a variety of treatment modalities to treat a range of solid tumors more effectively. In addition, Lisata also has clinical development programs based on its autologous CD34+ cell therapy technology platform.

This communication contains “forward-looking statements” that involve substantial risks and uncertainties for purposes of the safe harbor provided by the Private Securities Litigation Reform Act of 1995. All statements, other than statements of historical facts, included in this communication regarding strategy, future operations, future financial position, future revenue, projected expenses, prospects, plans and objectives of management are forward-looking statements. In addition, when or if used in this communication, the words “may,” “could,” “should,” “anticipate,” “believe,” “estimate,” “expect,” “intend,” “plan,” “predict” and similar expressions and their variants, as they relate to Lisata or its management, may identify forward-looking statements. Examples of forward-looking statements include, but are not limited to, statements relating to the long-term success of Lisata’s recently completed merger (the “Merger”) with Cend Therapeutics, Inc. (“Cend”), including the ongoing integration of Cend’s operations; Lisata’s continued listing on the Nasdaq Capital Market; expectations regarding the capitalization, resources and ownership structure of Lisata; the approach Lisata is taking to discover and develop novel therapeutics; the adequacy of Lisata’s capital to support its future operations and its ability to successfully initiate and complete clinical trials; and the difficulty in predicting the time and cost of development of Lisata’s product candidates. Actual results could differ materially from those contained in any forward-looking statement as a result of various factors, including, without limitation: the ongoing COVID-19 pandemic on Lisata’s business, the safety and efficacy of Lisata’s product candidates, decisions of regulatory authorities and the timing thereof, the duration and impact of regulatory delays in Lisata’s clinical programs, Lisata’s ability to finance its operations, the likelihood and timing of the receipt of future milestone and licensing fees, the future success of Lisata’s scientific studies, Lisata’s ability to successfully develop and commercialize drug candidates, the timing for starting and completing clinical trials, rapid technological change in Lisata’s markets, the ability of Listata to protect its intellectual property rights; unexpected costs, charges or expenses resulting from the Merger; potential adverse reactions or changes to business relationships resulting from the completion of the Merger; potential underperformance of Lisata’s business following the Merger as compared to management’s initial expectations; and legislative, regulatory, political and economic developments. The foregoing review of important factors that could cause actual events to differ from expectations should not be construed as exhaustive and should be read in conjunction with statements that are included herein and elsewhere, including the risk factors included in Lisata’s Annual Report on Form 10-K filed with the SEC on March 22, 2022 and in the proxy statement/prospectus filed by Lisata with the Securities and Exchange Commission relating to the Merger. Except as required by applicable law, Lisata undertakes no obligation to revise or update any forward-looking statement, or to make any other forward-looking statements, whether as a result of new information, future events or otherwise. 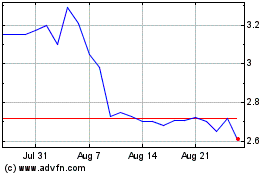 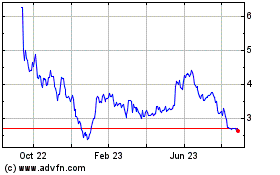 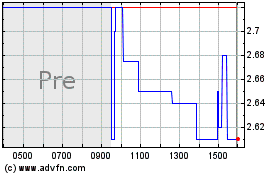