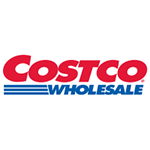 Prices are rising as high demand runs up against constraints on the availability of goods and services across the U.S. economy.

Price tags on consumer goods from processed meat to dishwashing products have risen by double-digit percentages from a year ago, according to NielsenIQ. Whirlpool Corp. freezers and dishwashers and Scotts Miracle-Gro Co. lawn and garden products are also getting costlier, the companies say. Some consumers are feeling stretched.

Kaitlyn Vinson, a program manager in Denver, said her recent $275 bill at a Costco Wholesale Corp. store, which included razors and cotton pads on top of her typical grocery list, was more expensive than usual. Ms. Vinson said she switched from buying fresh to frozen fruit and vegetables because they are less expensive and last longer.

"We're sacrificing the food that I really like to cook just to be cheaper," she said.

Costs are rising at every step in the production of many goods. Prices for oil, crops and other commodities have shot up this year. Trucking companies are paying scarce drivers more to take those materials to factories and construction sites. As a result, companies are charging more for foods and consumer products including foil wraps and disposable cups.

Kellogg Co., maker of Frosted Flakes, Cheez-Its and Pringles, said Thursday that higher costs for ingredients, labor and shipping are pushing it and other food makers to raise prices. "We haven't seen this type of inflation in many, many years," Chief Executive Officer Steve Cahillane said.

Investors and economists are watching whether the higher prices drive up broader measures of inflation, which have been muted for years.

Consumer prices jumped 2.6% in the year ended in March, according to the Labor Department, the biggest 12-month increase since August 2018.

Warren Buffett, CEO of Berkshire Hathaway Inc., said during the conglomerate's annual meeting May 1 that the economy is experiencing a substantial run-up in prices. "We're raising prices, people are raising prices to us, and it's being accepted," Mr. Buffett said. "It's an economy really that's red hot, and we weren't expecting it."

Some manufacturers didn't pass higher costs along to consumers in the thick of the coronavirus pandemic last year partly because they didn't want to charge people more for staples during a crisis, said Chris Testa, president of distributor United Natural Foods Inc. Instead, many manufacturers pulled back on discounts. Now, some food and consumer-product makers are raising prices by up to 10%, he said.

Costs for apples are up 10% to 20% depending on the variety, said Mike Ferguson, vice president of produce and floral at Topco Associates LLC, an Elk Grove Village, Ill.-based cooperative of more than 40 food companies including grocer Wegmans Food Markets Inc. Bananas and leafy greens are more expensive too, Topco said, while vegetable oils and oil-heavy products like salad dressing and mayonnaise are also getting pricier in part because of higher ingredient prices.

H. Kenneth Fleetwood, a songwriter in Nashville, said he has shifted to buying more generic staples such as detergent and recently shopped around for a television and monitor for his studio before finding the lowest price at Walmart Inc.

"Penny-pinching is becoming the name of the game," he said.

Devon Dalton, a sales director in Charlotte, N.C., said he is also buying more store brands and signed up for a fuel-savings program that gives him cash rewards at gas stations after he and his wife recently paid $20,000 more than the listing price to buy their first home.

"Everything is getting a bit tighter," Mr. Dalton said. "We're trying to think what would be a good way to stay smart with our money."

Restaurant prices are rising, too. High demand for wings and a spate of new fast-food chicken sandwiches is pushing up chicken prices. Takeaway containers and coolers are more expensive than usual because production of resin, a key ingredient in plastic, was disrupted by winter storms in the South this year. Chipotle Mexican Grill Inc. said in April that it had raised prices for delivered food by 4%.

Kevin Hourican, CEO of food-distributor Sysco Corp., said that even at higher prices the pent-up demand for restaurants is enormous. "People feel bad for their local restaurants. They want to support them," he said.

Khisna Holloway, an office manager for a school in Los Angeles, recently ate at a Mexican restaurant with her husband for the first time in more than a year. She noticed her preferred combo of cheese enchilada and chili relleno cost about $4 more than the last time she visited. She didn't mind.

Some people are delaying purchases, hoping prices will recede.

Nick Davison said he bought a graphics card for his computer for about $400 in February 2020. He said similar components now sell for more than $1,000 on eBay. He wants to build a second computer to mine cryptocurrency, but plans to wait to see if component prices decrease.

"It doesn't seem smart to spend that much money on something that may go down in the future," he said.

Write to Jaewon Kang at jaewon.kang@wsj.com 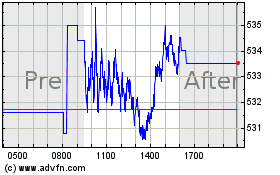