(Former name or former address, if changed, since last report.)

On May 26, 2020, Conatus Pharmaceuticals, Inc. (“Conatus”) completed its business combination with the Delaware corporation that was previously known as “Histogen Inc.” in accordance with the terms of the Agreement and Plan of Merger and Reorganization, dated as of January 28, 2020 (the “Merger Agreement”), by and among Conatus, Chinook Merger Sub, Inc. (“Merger Sub”), and Histogen Inc.(“Histogen”), pursuant to which Merger Sub merged with and into Histogen, with Histogen surviving as a wholly-owned subsidiary of Conatus (the “Merger”). On May 26, 2020, immediately after completion of the Merger, Conatus changed its name to “Histogen Inc.” Following the completion of the Merger, the business conducted by Conatus became primarily the business conducted by Histogen, which is a regenerative medicine company focused on developing patented, innovative technologies that replace and regenerate tissues in the body for aesthetic and therapeutic markets.

On May 29, 2020, the Audit Committee (the “Audit Committee”) of the board of directors of Histogen Inc. (the “Company”) approved the dismissal of Ernst & Young LLP (“Ernst & Young”) as the Company’s independent registered public accounting firm, effective immediately.

The reports of Ernst & Young on the Company’s financial statements for each of the two fiscal years ended December 31, 2019 and December 31, 2018 did not contain an adverse opinion or a disclaimer of opinion, nor were they qualified or modified as to uncertainty, audit scope or accounting principles.

In connection with the audits of the Company’s financial statements for each of the two fiscal years ended December 31, 2019 and December 31, 2018, and in the subsequent interim period through May 29, 2020, there were no “disagreements” (as that term is defined in Item 304(a)(1)(iv) of Regulation S-K and related instructions) between the Company and Ernst & Young on any matters of accounting principles or practices, financial statement disclosure or auditing scope and procedures which, if not resolved to the satisfaction of Ernst & Young, would have caused Ernst & Young to make reference to the subject matter of the disagreement in their reports.

The Company provided Ernst & Young with a copy of the disclosures it is making in this Current Report on Form 8-K and requested that Ernst & Young furnish the Company with a letter addressed to the SEC stating whether it agrees with the statements contained herein.

On May 29, 2020, the Audit Committee approved, on behalf of the Company, the engagement of Mayer Hoffman McCann P.C. (“MHM”) as the Company’s independent registered public accounting firm for the fiscal year ending December 31, 2020. Prior to the completion of the Merger, MHM served as the auditor of Histogen since 2015.

During the years ended December 31, 2019 and 2018, and the subsequent interim period through May 29, 2020, neither the Company nor anyone on its behalf consulted with MHM, regarding either (i) the application of accounting principles to a specific transaction, completed or proposed, or the type of audit opinion that might be rendered on the Company’s financial statements, and neither a written report nor oral advice was provided to the Company that MHM concluded was an important factor considered by the Company in reaching a decision as to any accounting, auditing or financial reporting issue or (ii) any matter that was either the subject of a disagreement (as defined in Item 304(a)(1)(iv) of Regulation S-K and the related instructions) or a reportable event (as described in Item 304(a)(1)(v) of Regulation S-K). 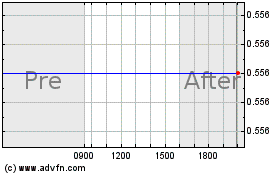