PART II
INFORMATION NOT REQUIRED IN PROSPECTUS
Item 14.   Other Expenses of Issuance and Distribution
The following table sets forth the estimated costs and expenses, other than underwriting discounts and commissions, payable by the registrant in connection with the offering of the securities being registered. All the amounts shown are estimates, except for the SEC registration fee.
​
*
These fees and expenses depend on the securities offered and the number of issuances, and accordingly cannot be estimated at this time.
​
Item 15.   Indemnification of Directors and Officers
We are incorporated under the laws of the State of Delaware. Section 102 of the DGCL permits a corporation to eliminate the personal liability of directors of a corporation to the corporation or its stockholders for monetary damages for a breach of fiduciary duty as a director, except where the director breached his or her duty of loyalty, failed to act in good faith, engaged in intentional misconduct or knowingly violated a law, authorized the payment of a dividend or approved a stock repurchase in violation of Delaware corporate law or obtained an improper personal benefit.
Section 145 of the DGCL provides that a corporation has the power to indemnify a director, officer, employee or agent of the corporation and certain other persons serving at the request of the corporation in related capacities against expenses (including attorneys’ fees), judgments, fines and amounts paid in settlements actually and reasonably incurred by the person in connection with an action, suit or proceeding to which he or she is or is threatened to be made a party by reason of such position, if such person acted in good faith and in a manner he or she reasonably believed to be in or not opposed to the best interests of the corporation, and, in any criminal action or proceeding, had no reasonable cause to believe his or her conduct was unlawful, except that, in the case of actions brought by or in the right of the corporation, no indemnification shall be made with respect to any claim, issue or matter as to which such person shall have been adjudged to be liable to the corporation unless and only to the extent that the Court of Chancery or other adjudicating court determines that, despite the adjudication of liability but in view of all of the circumstances of the case, such person is fairly and reasonably entitled to indemnity for such expenses which the Court of Chancery or such other court shall deem proper.
As permitted by the DGCL, our Restated Certificate and Bylaws provide that: (i) we are required to indemnify our directors to the fullest extent permitted by the DGCL; (ii) we may, in our discretion, indemnify our officers, employees and agents as set forth in the DGCL; (iii) we are required, upon satisfaction of certain conditions, to advance all expenses incurred by our directors in connection with certain legal proceedings; (iv) the rights conferred in the Bylaws are not exclusive; and (v) we are authorized to enter into indemnification agreements with our directors, officers, employees and agents.
We have entered into agreements with our directors that require us to indemnify them against expenses, judgments, fines, settlements and other amounts that any such person becomes legally obligated to pay (including with respect to a derivative action) in connection with any proceeding, whether actual or threatened, to which such person may be made a party by reason of the fact that such person is or was a director or officer of us or any of our affiliates, provided such person acted in good faith and in a manner such person reasonably believed to be in, or not opposed to, our best interests. The indemnification agreements also 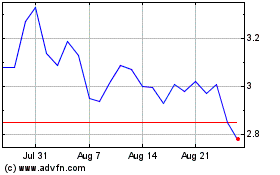 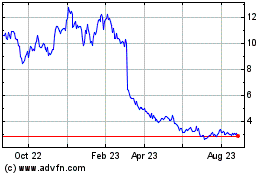 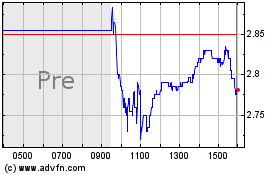