AMC Networks and Omnicom Media Group (OMG) today announced the successful completion of two first-to-market national linear addressable campaigns, a significant and long-awaited step to unleashing the potential of addressable advertising on television at scale. The November and December campaigns featuring Volkswagen and another major advertiser utilized AMC Networks’ On Addressability partnership with Canoe Ventures, with spots running across the nation on Comcast and Charter cable systems, reaching nearly 25 million homes across the U.S. Future executions will include Cox cable systems as well.

“This is a moment television networks, distributors and our advertising partners have been anticipating and working toward for many years, unleashing the power and potential of addressable advertising on the national level to deliver highly relevant and customized commercial spots to viewers,” said Kim Kelleher, president of commercial revenue and partnerships for AMC Networks. “Our goal for 2021 and beyond is to make 100 percent of our linear, VOD and digital inventory addressable, with advanced cross-platform reach, measurement and sophisticated data analytics with attribution.”

“The success of these campaigns is great proof that true addressability in linear at scale is possible and more importantly effective,” said Geoffrey Calabrese, chief investment officer, Omnicom Media Group. “This is a great example of what can happen when partners, agencies and clients work together toward a shared goal that advances the industry.”

“AMC Networks’ addressable offering provides a great combination - the specificity of digital, the broad storytelling canvas of a flat screen TV and a meaningful measurement approach,” said Volkswagen Senior Vice President of Marketing Kimberley Gardiner. “Incorporating this capability into our media strategy will allow us to more effectively focus on and reach our target customers.”

Running in November, the first campaign was designed to reach entertainment enthusiasts and digital streamers. The campaign achieved higher delivery performance and optimal levels of frequency compared to non-addressable advertising.

In December, Volkswagen’s campaign was directed at viewers planning to buy an SUV vehicle, and also achieved higher delivery and frequency than non-addressable advertising. The Volkswagen campaign later included video on demand (VOD) inventory in addition to linear spots, increasing the reach of the effort and also allowing enhanced tracking.

The company plans to make addressable advertising a major element of its upfront discussions with advertising partners this spring and summer, leveraging these capabilities to deliver increasingly effective and relevant advertising across its linear networks as well as its video on demand inventory. 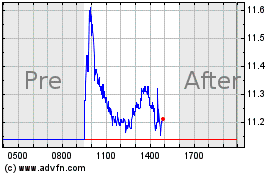