Orange said Tuesday that it has launched a takeover bid for its Belgian subsidiary Orange Belgium SA at a price of 22 euros ($26.21) a share.

The French telecommunication company said it launched the offer on April 8, nearly four months after it unveiled plans for a bid at EUR22 a share valuing Orange Belgium at around 1.32 billion euros ($1.57 billion) in its entirety.

Orange holds almost 53% in Orange Belgium, according to FactSet.

"Orange does not intend to change the price of its offer and considers that this transaction offers all shareholders of Orange Belgium a unique opportunity to monetize their equity interest on attractive terms," the company said in a statement. 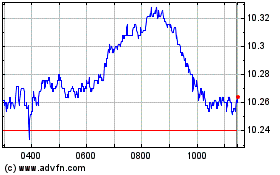