Securities registered pursuant to Section 12(b) of the Act.

On September 22, 2020 (the “Issue Date”), Cheniere Energy, Inc. (“Cheniere”) closed the sale of $2.0 billion aggregate principal amount of its 4.625% senior secured notes due 2028 (the “Notes”) pursuant to the Purchase Agreement, dated September 15, 2020, between Cheniere and Credit Suisse Securities (USA) LLC (“CS”), as representative of the initial purchasers named therein (the “Initial Purchasers”). The Notes offering was made in a private transaction in reliance upon an exemption from the registration requirements of the Securities Act of 1933, as amended (the “Securities Act”), only to persons reasonably believed to be “qualified institutional buyers” in accordance with Rule 144A under the Securities Act and to persons outside the United States in accordance with Regulation S under the Securities Act.

The Notes were issued on the Issue Date pursuant to an indenture (the “Base Indenture”), between Cheniere and The Bank of New York Mellon, as trustee (the “Trustee”), and a first supplemental indenture, between Cheniere and the Trustee, dated as of the Issue Date (the “First Supplemental Indenture”, and, together with the Base Indenture, the “Indenture”), relating to the issuance of the Notes.

Under the terms of the Indenture, the Notes will mature on October 15, 2028 and will accrue interest at a rate equal to 4.625% per annum on the principal amount from the Issue Date, with such interest payable semi-annually, in cash in arrears, on October 15 and April 15 of each year, beginning on April 15, 2021.

The Notes are general senior obligations of Cheniere and rank senior in right of payment to all future obligations of Cheniere that are, by their terms, expressly subordinated in right of payment to the Notes. The Notes rank equally in right of payment with all other existing and future unsubordinated indebtedness of Cheniere, including indebtedness outstanding under Cheniere’s existing revolving credit facility and term loan facility. The Notes will initially be secured on a first-priority basis by a lien on substantially all of Cheniere’s assets and equity interests in its direct subsidiaries (other than certain excluded subsidiaries) (the “Collateral”), which liens will rank pari passu with the liens securing Cheniere’s existing revolving credit facility and term loan facility. The Notes will remain secured for so long as (i) there are any obligations or undrawn commitments outstanding under Cheniere’s existing term loan facility that are secured by liens on the Collateral or (ii) the outstanding aggregate principal amount of secured indebtedness of Cheniere exceeds $1.25 billion. As of the Issue Date, the Notes are not guaranteed by any of Cheniere’s subsidiaries. In the future, the Notes will be guaranteed by Cheniere’s subsidiaries who guarantee other material indebtedness of Cheniere.

The Indenture contains customary terms and events of default and certain covenants that, among other things, limit Cheniere’s ability to create liens or other encumbrances, enter into sale-leaseback transactions, and merge or consolidate with other entities or sell all or substantially all of its assets. The Indenture covenants are subject to a number of important limitations and exceptions.

The information included in Item 1.01 of this report is incorporated by reference into this Item 2.03. 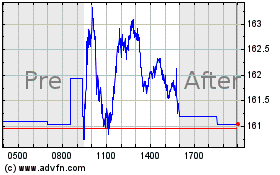