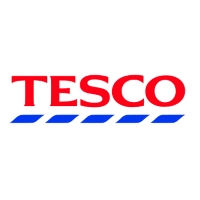 --The EU Court of Justice has backed aspects of claims by 6,000 Tesco employees regarding equal pay

--The U.K. Supreme Court had already similarly upheld the claims of 44,000 Asda workers on the same issue

The Court of Justice of the European Union on Thursday recognized the legitimacy of claims brought forward by some employees of Tesco PLC in their dispute with the British grocer regarding equal pay.

The group of around 6,000 Tesco current or former staff have claimed the retail giant hasn't been paying men and women equally at its premises. Tesco employs around 250,000 workers.

Claimants have pointed to the salary difference between shop workers-- mostly women--and distribution workers, mostly men, and accused Tesco of discriminating against the first group by paying them less than the second.

The lawsuit arrived at the EU Court of Justice after the group of employees took their case to a tribunal in Watford, England.

The grocer's position is that the jobs in its stores and distribution centers are different, hence the different pay, and that the EU law provisions the claimants refer to aren't directly effective in the context of claims based on work of equal value.

"These roles require different skills and demands which lead to variations in pay--but this has absolutely nothing to do with gender," a Tesco spokesperson told The Wall Street Journal.

The court backed the claimants' views on the case, stating that the grocer should be seen as a single entity in terms of employment conditions and referring to the principle of work of equal value.

The court said that where the differences identified in the pay conditions of workers performing equal work or work of equal value can be attributed to a single source, the work and the pay of those workers can be compared, even if they work in different establishments.

"The principle, laid down by EU law, of equal pay for male and female workers can be relied upon directly, in respect both of equal work and of work of equal value," the court said.

This specific ruling isn't a judgment on the claims against Tesco, as the court's pronunciation represents a decision on whether the EU test for comparability of two different roles based in different establishments but within one organization applies directly to private businesses in the UK. With its Thursday statement, the court established that these provisions do apply directly to private businesses in the U.K., in accordance with the country's Brexit deal with the EU.

"Equal-pay cases have historically been seen as a public sector issue, but private sector businesses, can't assume they're immune, particularly as social media is now used to recruit claimants for mass claims and crowdfunding can be used to fund them," law firm Howard Kennedy partner Jane Amphlett said in March, when Asda Group Ltd. found itself involved in a similar case.

At that time, the British retailer was taken to the U.K. Supreme Court by 44,000 employees seeking compensation on the basis that in the six-year period prior to commencing proceedings in 2014 they had received less pay than a valid comparator for the same work.

Again, lower-paid shop staff, mostly women, argued that they could compare themselves with higher-paid warehouse workers, mostly men. On that occasion, shop-floor workers were supported by labor union GMB, which had members involved in the case.

On March 26, the Supreme Court upheld the retail employees' view, as well as an earlier ruling against which Asda had appealed.

"The essential question on this appeal was whether common terms apply between the claimants' and comparator's establishments, satisfying the common terms requirement in the equal pay legislation," the Supreme Court said at the time.

Asda had taken a position similar to Tesco's, saying the pay gap was dictated by the different nature of the two jobs rather than by gender, as there was a substantial difference between the two divisions.

"The pay in our stores and distribution centers is the same for colleagues doing the same jobs regardless of their gender. Retail and distribution are very different sectors with their own distinct skill sets and pay rates," an Asda spokesperson told The Wall Street Journal at the time.

The Supreme Court had also made clear that its ruling didn't mean the claimants had won the right to equal pay, as the decision just paved the way for them to take further action.

However, as Ms. Amphlett noted back in March, the Supreme Court may had started a path that could well end up with a multimillion-pound bill for Asda. 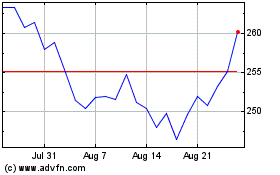 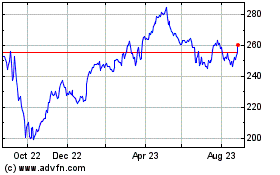 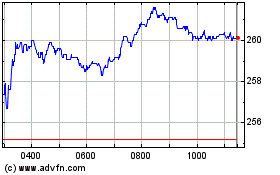