Scientists are racing to gain a better understanding of a rare blood clotting disorder that affected six recipients of Johnson & Johnson's Covid-19 vaccine and led health authorities Tuesday to recommend a pause in its use.

"It is quite a rare disease, and an unusual manifestation of abnormal blood clotting in the body, but it is very serious," Thomas Oxley, an interventional neurologist and stroke expert at Mount Sinai Health System in New York City, said of the clotting disorder.

The six people in the U.S. known to have been affected by the disorder following vaccination are among almost 7 million Americans to have received the vaccine.

The clots can increase pressure within the skull, leading to hemorrhaging and stroke, Dr. Oxley said.

The six patients, all women between the ages of 18 and 48 years, developed symptoms six to 13 days following vaccination.

People who develop severe headache, abdominal or leg pain or shortness of breath within three weeks after vaccination should immediately contact their healthcare providers, according to federal officials. The risk of clotting among people who got the J&J shot more than a month ago is very low, said Anne Schuchat, the principal deputy director at the Centers for Disease Control and Prevention.

Doctors aren't certain what causes the clots to form. One hypothesis is that the vaccine causes the body to mount an immune reaction that activates platelets to form clots, according to Jean Connors, a hematologist at Brigham and Women's Hospital. This can go unchecked, which is why the vaccine-associated immune disorder appears to have a higher mortality rate than traditional CVST, which is caused typically by single clotting events rather than a runaway clotting disorder, she said.

In two studies published in April in the New England Journal of Medicine, German and Norwegian researchers detailed this rare immune response, which targets a protein on the surface of platelets, following vaccination with AstraZeneca PLC's Covid-19 vaccine. Patients examined by the researchers developed a severe clotting condition.

The AstraZeneca vaccine and Johnson & Johnson's both use so-called viral vector technology, in which genetic instructions for a key component of the novel coronavirus are placed within a harmless virus and then injected into the body to trigger immunity to the pathogen.

"The beauty is that you use natural systems, which are optimized by millions of years of evolution, to deliver what you want to have your body respond to," said Vincent Munster, chief of the virus ecology section at the National Institute of Allergy and Infectious Disease, which helped with development of the AstraZeneca vaccine.

These vaccines offer several advantages over shots using older technology. They seem to activate not just the antibodies that neutralize a virus but also the memory and T-cells that keep the immune defense alert for the long-term.

The vaccines developed by Moderna Inc. and by Pfizer Inc. with BioNTech SE use a different technology, known as mRNA. Health authorities haven't seen any cases of clotting with low platelet counts associated with those vaccines, the CDC's Dr. Schuchat said.

In the case of the J&J vaccine, clots may also be forming in other parts of the body but only ones in the blood vessels in the brain have been detected so far, in part because the vaccine has had a limited rollout in the U.S.

In Europe, there has been a wider range of abnormal clots among the 34 million people who received the AstraZeneca shot.

"We don't know if we had given a lot more doses of the J&J vaccine if we would have seen other [types of] clots," said Gary Raskob, a blood-clotting expert at the University of Oklahoma. "We haven't heard of this with Pfizer and Moderna."

--Joseph Walker and Bojan Pancevski contributed to this article.

Write to Daniela Hernandez at Daniela.Hernandez@wsj.com and Brianna Abbott at brianna.abbott@wsj.com 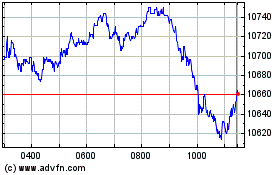