Vancouver, BC, Canada -- November 30th 2021 -- InvestorsHub NewsWire -- Defence Therapeutics Inc. (CSE: DTC; FSE: DTC; USOTC: DTCFF) ("Defence" or the "Company"), is a publicly-traded biotechnology company working on engineering the next generation vaccines, Antibody Drug Conjugates, ADC products, and cancer therapeutics using its proprietary AccumTM platform. The core of Defence Therapeutics platform is its AccumTM technology, which enables precision delivery of proteins of pharmacological interest to target cells and increases the intracellular accumulation to these targeted cells. As a result, increased efficacy and potency can be reached against catastrophic illness such as cancer and infectious diseases. With four new patents filed over the last year, Defence is providing increased company IP with its technologies. Defence's research activities conducted over the last year along with future clinical plans to prove validation is ongoing.

Development of the core Technology

The Company's core technological research is based around addressing a major and common challenge in both the vaccine and antibody drug conjugates ("ADCs") fields limiting their efficacy. When the target cell binds and internalizes an antigen or an ADC, the complex is entrapped inside intracellular small vesicles named endosomes. Ultimately, these endosomes undergo maturation consequently leading to their degradation prior to eliciting their respective role/function. The Company's goal is to use the AccumTM enhancer formulation to improve intracellular delivery of biological therapeutic agents by inducing their escape to the cytosol consequently improving their therapeutic efficacy.

The AccumTM technology is highly suitable to the vaccination field. More specifically, antigens that are normally captured by dendritic cells ("DCs") - the best antigen-presenting cells present in our body- are first entrapped in endosomes. While maturation of these endosomal organelles occurs, the pH decreases (becomes acidic ?4-5) in order to trigger the activation of specific enzymes as a means to initiate non-specific antigen degradation. As a result, the generated fragments can then pass-through endosomal pores to reach the cytoplasm where specific antigen degradation takes place by the proteasomal machinery. Although this process occurs naturally, the generated antigen fragments are often damaged, which renders them unsuitable for optimal immune stimulation. By using the AccumTM technology, captured antigens are preserved in their natural conformation while being delivered to the cytoplasm. As such, proteasomal degradation ends-up leading to a higher number of immunogenic and stable peptides presented at the surface of DCs and capable of eliciting potent T-cell activation.

Research conducted by the Company has found that the addition of Accum-linked antigens to allogeneic DCs (AccuVAC-D001) enhances the therapeutic efficacy of the vaccine leading to a survival rate of 70-80% in contrast to 0-20% obtained with current experimental DC-based vaccines. With the completion of such study, Defence has signed an agreement with a Canadian-based clean room to initiate dry runs of its DC vaccine. The objective is to complete all needed GLP studies by Q1 2022 and initiate a Phase I trial against melanoma in the UK by mid 2022.

In parallel, the Company has already completed all pre-clinical work related to its COVID-19 vaccines. The first vaccine (DTC-PT001) is an injectable formulation delivered with an FDA-approved adjuvant. Generated data demonstrated potent and sustainable production of IgG titers (over 16 weeks), which was also highly reactive against all tested variants. In addition, the immunogenicity of the vaccine was highly comparable between rodent (mice) and non-rodent (rabbit) models. Furthermore, vaccination of hamsters (third model - GLP study) followed by viral challenge showed potent protection with no noted side effects.

The second vaccine formulation (DTC-IN003) is a transmission-blocking vaccine designed to halt infection as opposed to lowering the pathophysiology of the virus. In this case, the vaccine is delivered intranasally with a special adjuvant (designed for intranasal vaccination). This vaccine not only triggered the production of IgAs at mucosal sites (entry site of the virus), but systemic immunity was also observed and generated antibodies cross-reacted with all tested variants. A GLP challenge study is currently ongoing with final data to be obtained by the end of December 2021.

Another infectious disease vaccine in development at Defence Therapeutics is AccuVAC-PT009 targeting HPV. This vaccine is using a mixture of L1 proteins (derived from different HPV strains) linked to AccumTM and tested for their ability to confer protective antibodies against the HPV virus. The potency of the AccuVAC-PT009 vaccine will be compared to the commercially available Gardasil-9 vaccine in terms of its immunogenicity (prophylactic vaccine). In addition, Defence is working on a second HPV-related vaccine but targeting cervical cancer (AccuVAC-PT0067). The objective of this vaccine is to modify both E6 and E7 proteins to covalently link AccumTM then test the vaccine for its ability to treat pre-established cervical cancer. Results of the pre-clinical studies will be available by early 2022.

One challenge posed by ADCs is insufficient intracellular accumulation of the delivered chemotherapeutic necessary for potent tumor killing. Defence has demonstrated that the AccumTM technology enhances the ability of ADC Kadcyla (T-DM1) to specifically kill breast cancer cells. AccumTM improved the escape of ADC Kadcyla from endosomes while targeting the nucleus. Defence believes that the AccumTM technology will be able to increase T-DM1 effectiveness enabling the treatment to overcome resistance mechanisms such as reducing the number of cell surface receptors, therefore limiting the potency and delivery of T-DM1 inside the cell. The Company has formed a strategic collaboration with two European institutions to further develop its Accum-ADCs platform.

The AccumTM technology platform is very efficient at enhancing intracellular delivery of proteins of pharmacological interests such as vaccine antigens or ADCs. However, a novel anti-cancer function was recently discovered for "free" AccumTM. More specifically, when directly delivered without direct linking onto protein, the AccumTM moiety behaves as a toxic "silver bullet" to cancer cells. So far, the Defence team has engineered and tested a large library of AccumTM variants and identified a lead molecule capable of killing breast, colon, melanoma and lymphoma cancers. A GLP study is currently ongoing with final results expected by the end of 2021 with plan to initiate a Phase I trial against breast cancer in Q2 of 2022. 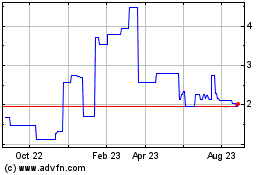 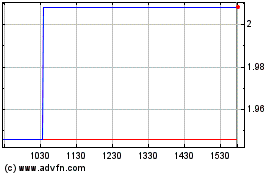