Toronto, Ontario, CANADA -- April 13, 2021 -- InvestorsHub NewsWire -- American Aires Inc. (CSE: WIFI) (the "Company" or "Aires"), is pleased to share an update on the implementation of its drop shipping program.

As previously announced, Aires is in the process of launching a drop shipping initiative that consists of onboarding online stores based in North America (USA and Canada), which will sell the new LIFETUNE line of products (refer news release dated 17 February 2021, here).

This new strategy, which the Company is implementing alongside its other successful marketing initiatives (Airestech Ecommerce Platform, Subscription Program, Affiliates/Influencer Marketing Program, etc.) will enable third-party eCommerce retailers (partners) to effortlessly integrate Aires products into their existing stores without having to physically hold Aires inventory. When an order is placed on a partner's website it will be fulfilled and serviced by Aires.

The drop shipping program provides numerous benefits for Aires, including:

Aires is extremely happy with the initial response, as more than 30 online stores have already agreed to be onboarded. As a result of this strong start, Aires can expect to fully implement this program immediately, with additional revenue being generated for the Company starting in April 2021.

From this point forward, the goal is to add a minimum of 20 online stores every month, with a target of 200 partners by the end of the calendar year. After seeing such a high level of interest this early in the program's implementation, it is clear that this marketing initiative will significantly increase global revenue for the Company in 2021.

Aires' CEO Dimitry Serov commented, "We are very pleased with the amount of interest this drop shipping program has already received. Aires will continue to aggressively pursue creative and effective marketing avenues that will allow the Company to attain the fastest possible growth globally and we are excited to see the significant increase in revenue that this initiative will provide to Aires in the immediate future. We look forward to reporting to stakeholders on our continued progress."

On behalf of the board of directors

Not intended for distribution to United States Newswire Services or for dissemination in the United States. Any failure to comply with this restriction may constitute a violation of United States Securities laws. 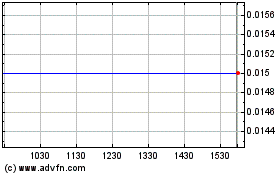