Zoetis Inc. elevated finance chief Glenn David to an expanded role in which he will manage businesses that generate a significant portion of the company's revenue.

Parsippany, N.J.-based Zoetis, which sells medicine for pets and livestock among other products, on Tuesday said Mr. David would take over as group president, effective June 1.

In the new role, Mr. David, who has been chief financial officer since 2016, will oversee the company's international operations -- including important growth markets such as China and Brazil -- as well as other business units, such as its aquaculture and pet insurance units.

The international business represents around 50% of Zoetis's annual sales. "It is a much more commercial role," Mr. David said, adding that he would gain direct accountability for the company's profit-and-loss statement. "I will continue to grow as a professional," he said.

Zoetis is benefiting from strong demand for its products in the U.S. and overseas and expects its growth to continue, Mr. David said. The company last week reported revenue of $1.9 billion during the first quarter, up 22% compared with the prior-year period, with sales in the international business increasing by 27% to $922 million. Net income for the first quarter was $559 million, up 32% compared with a year ago.

Mr. David served as senior vice president of finance operations during the company's initial public offering in 2013. He previously worked for Pfizer Inc., which formerly owned a majority stake in Zoetis.

Zoetis on Tuesday also named a successor for the finance function. Wetteny Joseph, currently the finance chief of health company Catalent Inc., is set to take over as CFO on June 1. Mr. Joseph has held his current role since February 2018.

He joined Catalent as corporate controller in 2008 and held various senior finance roles until October 2015, when he was named president for clinical supply services. He has also held several financial positions at industrial distribution company HD Supply.

"Wetteny comes to us with a lot of experience," Mr. David said about his successor.

Write to Nina Trentmann at Nina.Trentmann@wsj.com and Dave Sebastian at dave.sebastian@wsj.com 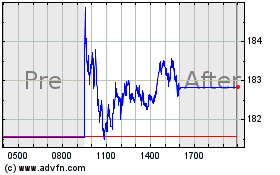