*All per share amounts presented in this news release are on a diluted per common share and operating partnership (“OP”) unit basis unless stated otherwise.Third Quarter 2019 Compared to Third Quarter 2018:

Jim Mastandrea, Chairman and Chief Executive Officer of Whitestone REIT, stated, “We are pleased to have driven a sequential increase of 100 basis points in occupancy from the second quarter, while effectively managing operating costs in the third quarter. We continue to extract value from our portfolio of well-positioned Community Centered Properties® in high growth markets to create incremental cashflow. By making timely investments in our existing assets, we can ultimately improve occupancy and create meaningful long-term value for our shareholders.”

Operating ResultsFor the period ending September 30, 2019, the Company’s operating highlights were as follows:

In addition to being business friendly, these are five of the top markets in the country in terms of size, economic strength and population growth. 2017 estimates show the projected 5-year population growth rates for both Austin and Dallas-Fort Worth to be 9.7%, San Antonio to be 8.6%, Houston to be 8.0%, and Phoenix to be 6.6% (1). The Company’s retail properties in these markets are located on the best retail corners embedded in affluent communities. The Company also owns an equity interest in and manages 11 properties containing 1.3 million square feet of GLA through its investment in Pillarstone OP.

At the end of the third quarter, the Company's diversified tenant base was comprised of approximately 1,364 tenants, with the largest tenant accounting for only 2.9% of annualized base rental revenues. Lease terms range from less than one year for smaller tenants to over 15 years for larger tenants. The Company’s leases generally include minimum monthly lease payments and tenant reimbursements for payment of taxes, insurance and maintenance, and typically exclude restrictive lease clauses.

Leasing Activity:During the third quarter of 2019, the leasing team signed 68 leases totaling 175,714 square feet in new, expansion and renewal leases, compared to 75 leases totaling 170,944 square feet in the third quarter of 2018. The total lease value was $18.7 million compared to $23.8 million during the same period last year.

Development:The Company completed construction at its Fulton Towne Ranch pad on a development pad site. The 7,209 square foot Community Centered Property® is 100% leased and is located in Chandler, Arizona,

Reflecting the Company’s acquisition and disposition activity during the year and selective development and redevelopment, undepreciated real estate assets were $1.06 billion and $1.05 billion at September 30, 2019 and September 30, 2018, respectively.

At September 30, 2019, 49 of the Company’s wholly-owned 57 properties were unencumbered by mortgage debt, with an undepreciated cost basis of $765.4 million. At September 30, 2019, the Company had total real estate debt of $622.7 million, of which approximately 87% was subject to fixed interest rates. The Company’s weighted average interest rate on all fixed rate debt as of the end of the third quarter was 4.08% and the weighted average remaining term was 5.5 years.

At quarter end, Whitestone had $5.5 million of cash available on its balance sheet and $164.0 million of available capacity under its credit facility.

Note: Guidance reflects management’s view of current and future market conditions, as well as the earnings impact of events referenced in our earnings release and supplemental data package.  This guidance does not include the operational or capital impact of any future unannounced acquisition or disposition activity. Estimates involve numerous assumptions such as rental income, interest rates, tenant default, occupancy rates, expenses, the consolidation of the Company’s non-wholly owned portfolio of non-retail assets and numerous other factors, and excludes potential future acquisitions and dispositions, acquisition and disposition transaction income and expenses and professional service fees.  Not all of the factors are determinable at this time and actual results may vary from the projected results, and may be above or below the range indicated.

On October 14, 2019, the Company announced the sale of three Houston non-core properties owned through an equity investment in a real estate partnership for a total sale price of $39.7 million. The sale represented a capitalization rate of 6.8% on trailing twelve month net operating income.  The Company expects to record a gain on sale of approximately $14 million in the fourth quarter, representing its ownership percentage of the real estate partnership.  Net proceeds received by the real estate partnership were $12.3 million, after closing costs and repayment of mortgage debt. Whitestone received $11 million in cash as a result of the sale, and expects to recycle the capital into development and redevelopment of existing assets, acquisitions and general corporate purposes.

In conjunction with the issuance of its financial results, you are invited to listen to the Company’s earnings release conference call to be broadcast live on Thursday, October 31, 2019 at 10:00 A.M. Central Time.  Conference call access information is as follows:

The conference call will be recorded and a telephone replay will be available through Thursday, November 14, 2019.  Replay access information is as follows:

Supplemental materials and details regarding Whitestone's results of operations, communities and tenants are available on the Company's website at www.whitestonereit.com.

About Whitestone REITWhitestone is a community-centered retail REIT that acquires, owns, manages, develops and redevelops high quality "e-commerce resistant" neighborhood, community and lifestyle retail centers principally located in the largest, fastest-growing and most affluent markets in the Sunbelt. Whitestone’s optimal mix of national, regional and local tenants provides daily necessities, needed services and entertainment to the communities in which they are located. Whitestone's properties are primarily located in business-friendly Phoenix, Austin, Dallas-Fort Worth, Houston and San Antonio, which are among the fastest growing U.S. population centers with highly educated workforces, high household incomes and strong job growth. For additional information, visit www.whitestonereit.com.

The following are some of the factors that could cause the Company's actual results and its expectations to differ materially from those described in the Company's forward-looking statements: the Company's ability to meet its long-term goals, its assumptions regarding its earnings guidance, including its ability to execute effectively its acquisition and disposition strategy, to continue to execute its development pipeline on schedule and at the expected costs, and its ability to grow its NOI as expected, which could be impacted by a number of factors, including, among other things, its ability to continue to renew leases or re-let space on attractive terms and to otherwise address its leasing rollover; its ability to successfully identify, finance and consummate suitable acquisitions, and the impact of such acquisitions, including financing developments, capitalization rates and internal rates of return; the Company’s ability to reduce or otherwise effectively manage its general and administrative expenses; the Company’s ability to fund from cash flows or otherwise distributions to its shareholders at current rates or at all; current adverse market and economic conditions; lease terminations or lease defaults; the impact of competition on the Company's efforts to renew existing leases; changes in the economies and other conditions of the specific markets in which the Company operates; economic, legislative and regulatory changes, the success of the Company's real estate strategies and investment objectives; litigation risks; the Company's ability to continue to qualify as a REIT under the Internal Revenue Code of 1986, as amended; and other factors detailed in the Company's most recent Annual Report on Form 10-K, Quarterly Reports on Form 10-Q and other documents the Company files with the Securities and Exchange Commission from time to time.

This release contains supplemental financial measures that are not calculated pursuant to U.S. generally accepted accounting principles (“GAAP”) including FFO, FFO Core, and NOI. Following are explanations and reconciliations of these metrics to their most comparable GAAP metric.

FFO: Management believes that FFO is a useful measure of the Company’s operating performance. The Company computes FFO as defined by NAREIT, which states that FFO should represent net income available to common shareholders (computed in accordance with GAAP) excluding depreciation and amortization related to real estate, gains or losses from the sale of certain real estate assets, gains and losses from change in control, and impairment write-downs of certain real estate assets and investments in entities when the impairment is directly attributable to decreases in the value of depreciable real estate held by the entity. FFO does not represent cash flows from operating activities determined in accordance with GAAP and should not be considered an alternative to net income as an indication of the Company’s performance or to cash flow from operations as a measure of liquidity or ability to make distributions and service debt.

Management considers FFO a useful additional measure of performance for an equity REIT because it facilitates an understanding of the operating performance of its properties without giving effect to real estate depreciation and amortization, which assumes that the value of real estate assets diminishes predictably over time. Since real estate values have historically risen or fallen with market conditions, management believes that FFO provides a more meaningful and accurate indication of the Company's performance and useful information for the investment community to compare Whitestone to other REITs since FFO is generally recognized as the industry standard for reporting the operations of REITs.

Other REITs may use different methodologies for calculating FFO, and accordingly, the Company's FFO may not be comparable to other REITs. The Company presents FFO per diluted share calculations that are based on the outstanding dilutive common shares plus the outstanding OP units for the periods presented.

FFO Core: Management believes that the computation of FFO in accordance with NAREIT's definition includes certain non-cash and non-comparable items that affect the Company's period-over-period performance. These items include, but are not limited to, legal settlements, non-cash share-based compensation expense, rent support agreement payments received from sellers on acquired assets and acquisition costs. In addition, the Company believes that FFO Core is a useful supplemental measure for the investing community to use in comparing the Company to other REITs as many REITs provide some form of adjusted or modified FFO. However, other REITs may use different adjustments, and the Company's FFO Core may not be comparable to the adjusted or modified FFO of other REITs. 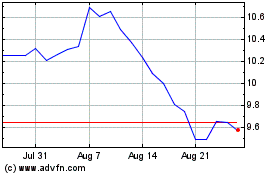 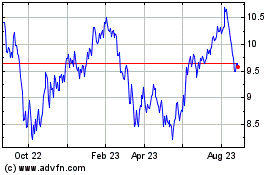 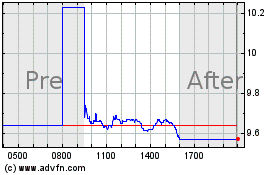