Timberland lost its footing in the holiday season.

Sales of the iconic boot brand in the December quarter fell 4% from a year earlier, according to owner VF Corp. And executives warned that sales were expected to fall for the fiscal year that ends in March, instead of increase as they had previously promised.

The disappointing results and outlook weighed on VF shares, and they tumbled nearly 10% Thursday.

Steve Rendle, VF's chief executive, said on a call with investors that he expects annual Timberland sales to fall 1% to 2%, and that getting the brand back on track will likely take more time.

"We're going to struggle to grow next year" since many wholesalers will base their future orders on how the brand sold this holiday season, he said. "We have to have a sober assessment of where we're at."

VF, an apparel giant that also owns the Vans and North Face brands, bought Timberland for $2 billion in 2011. At the time, the New Hampshire-based boot maker had $1.43 billion in annual sales but was struggling with rising leather and labor costs.

Following the acquisition, unit sales rose for the classic yellow boot, which was popular workwear that doubled as streetwear. But sales have mostly declined in recent years. In fiscal year ended March 2019, Timberland had $1.9 billion in revenue, or 15% of VF's total.

VF executives told investors last fall they were seeking to boost sales by diversifying beyond the yellow boot, adding more women's footwear and designs for men, as well as expanding the brands sales in China.

Paul Lejuez, a retail analyst at Citi, said it won't be clear until later in the earnings season whether Timberland is losing market share, or perhaps another factor, such as an uncharacteristically mild winter, is responsible for slipping sales. Regardless, Timberland wasn't a highflying brand before the most recent quarter, and improvements to its core men's business are needed, he said.

Mr. Rendle said the brand is working to diversify its offerings for men by focusing on fresh designs that move beyond the brand's classic workwear-oriented styles. "We have to elevate the product," he said.

VF has been an aggressive buyer and seller of brands. Last year, it spun off its jeans business, including Wrangler, into a company called Kontoor Brands Inc. Earlier this week, VF said it was exploring the sale of most of its workwear business, but excluded Timberland and Dickies from the list.

On Thursday, Mr. Rendle said the company was "deeply committed" to Timberland and intended to turn around its performance. But, he said, "we don't have endless patience."

Some investors' patience has already worn thin. VF shares finished the day off 9.7% at $85.41. The stock traded above $100 at the start of the month.

On Thursday, VF lowered its fiscal 2020 profit outlook. It also reported that for its fiscal third quarter, ended Dec. 31, net income from continuing operations rose 11% to $452.7 million and revenue increased 5% to $3.38 billion. 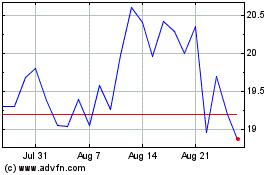 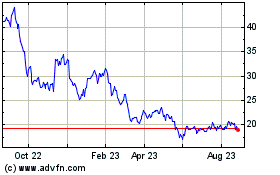 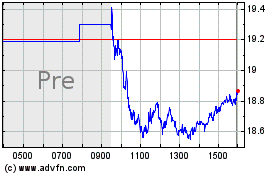