Hospitals are holding off as long as possible before halting procedures to make room for fresh waves of Covid-19 patients, a reversal from earlier this year when facilities postponed care, leading to steep financial losses and public-health risks.

National hospital chain Tenet Healthcare Corp. pushed ahead with procedures as states permitted, such as knee and hip replacements, colonoscopies, and surgery to implant pacemakers, through recent surges in Alabama, California and elsewhere. In southeast Wisconsin, where already rising Covid-19 hospitalizations jumped 35% in the first two weeks of the month, Advocate Aurora Health continues nonessential surgery across a dozen hospitals.

HCA Healthcare Inc., one of the nation's largest hospital systems, waited until last week to suspend some surgery in El Paso, Texas, where a coronavirus surge sharply accelerated in recent weeks. About 80% of the procedures there continue, however.

Nashville-based HCA stops surgery "as a last resort," said Jon Foster, an HCA president who oversees 90 of the company's 186 hospitals.

Hospitals have grown more circumspect of shutdowns through new waves of the virus after fallout from voluntary and state-ordered shutdowns in March and April. And unlike last spring, fewer states are ordering broad shutdowns, leaving it to hospitals.

Earlier this year, facilities postponed nonessential surgeries, such as knee and hip replacements and cancer screenings. Hospital and clinic revenue plummeted. The widespread halt to procedures led to an average 30% to 40% drop in nonprofit hospital revenue, Moody's Investors Service reported in May, as hospitals began to resume surgery. During the second quarter -- the period in which most of the surgical delays occurred -- the median for-profit hospital revenue dropped 10%, the ratings agency said.

Health-care job losses followed, as did $175 billion in federal spending for relief. Patients grew anxious, and some saw their medical conditions worsen during delays.

"We realize and operate every day with the assumption that Covid spikes will be part of what we face until a vaccine becomes widely deployed," Tenet Chief Executive Ron Rittenmeyer said on a call with analysts last week. "There is no perfect equation. But we do believe our learnings from each spike improves our responsiveness, our planning and furthers our effectiveness."

Tenet uses public-health data to monitor for an imminent influx of Covid-19 patients, and its hospitals typically see surges crest and begin to subside within four to six weeks, Saum Sutaria, the company's president, told analysts.

The company now moves swiftly to resume typical operations on that schedule, Dr. Sutaria said. "We have not had, especially in recent surges, any need to shut down procedures or elective surgeries, that's a very important point because we want to maintain access for the community," he said. "And then as those cases ramp back down, you know, we ramp back up very, very quickly."

Many scheduled procedures are common and profitable, and the loss of that business for weeks earlier this year drained hospitals' cash reserves. The sector received an influx of federal aid and loans and has rebounded more quickly than first expected, however.

Local hospital officials also weigh in on the need for more nurses, doctors, ventilators or other critical supplies. They relay what they see to corporate headquarters, where executives use experiences from multiple surges across the country to inform decisions.

"The net effect of that is they are better able to manage capacity and therefore defer as long as possible these decisions to delay or to have to reschedule certain scheduled cases," Mr. Foster said.

Health-care staff are often critical to meet rising Covid-19 demand without shuttering other services, he said. HCA has 70 nurses at or en route to its two hospitals in El Paso, Texas, and has another 40 nurses waiting to be deployed. A surge that began in September but rapidly accelerated this month didn't compel local hospital executives to postpone surgery until last week, when they scaled back a limited number of the least-urgent cases, Mr. Foster said.

Hospital discretion over when to postpone surgery is a switch from earlier this year, when more than 30 states ordered hospitals to halt nonessential surgeries. Governors began to roll back restrictions in late April, but some continue to intervene as the pandemic flares.

Texas Gov. Greg Abbott in late June ordered hospitals in a handful of hard-hit counties to halt some procedures, expanding the temporary restrictions as the state's surge continued.

Other states set no requirements, including Wisconsin, where the latest state data show the seven-day average hospital intensive-care Covid-19 patients climbing steadily to reach around 86% occupancy. In June, when the state's Covid-19 hospitalizations were largely stable, ICU occupancy was about 74% to 77%.

Advocate Aurora, which operates 16 Wisconsin hospitals, hasn't postponed procedures and has no fixed, statewide threshold for when to do so, said Jeff Bahr, chief Aurora medical group officer. "A broad, general overarching rule fails to take into account the necessary variations from community to community," Dr. Bahr said.

The system is bringing nurses from its Illinois hospitals to help in Wisconsin, where it can also transfer patients from crowded hospitals to those without as many patients. "We are able to coexist in the midst of Covid," he said.

Advocate Aurora saw hospitalizations drop about 9% during the first six months of the year compared with the same period in 2019. Last year's $314 million operating profit in the first half of the year also evaporated, the system's financial statements show. Advocate Aurora lost $246 million on operations through June of this year. It has so far received about $362 million in federal aid.

Waves of hospitalizations across the South and West this summer prompted HCA to voluntarily halt electives across about 60% of its markets, including Florida, Georgia, South Carolina, Tennessee and Texas. Procedures have since resumed. The simultaneous surge across so many markets left the company with fewer unaffected hospitals able to redeploy extra staff to hard-hit areas, Mr. Foster said.

The Billings Clinic in Montana began in late September to evaluate each surgical case for urgency and is postponing those that can wait. Operations have dropped about 10% since.

How long that will remain an option is unclear. Open beds are dwindling, he said. "They are starting to be stretched."

Write to Melanie Evans at Melanie.Evans@wsj.com 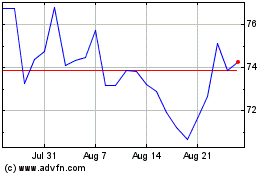 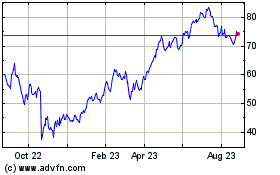 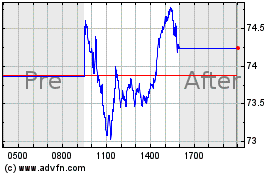