Revenue and order growth (decline) compared to the prior year were as follows:

"Our sales and dealer teams have delivered significantly higher order growth than our industry in the Americas over the past year and done an outstanding job implementing our necessary pricing actions," said Sara Armbruster, president and CEO. "I want to thank all of our employees for delivering better than expected earnings this quarter by remaining diligent in combating supply chain challenges and controlling operating expenses."

Operating income of $28.9 million in the second quarter represented a decrease of $5.0 million compared to the prior year, which included a $15.4 million gain from the sale of land. Excluding the land gain in the prior year, the increase in operating income was primarily driven by higher volume and higher pricing benefits which improved gross margin, partially offset by higher operating expenses.

"Inflation continues to be significant and has aggregated to approximately $270 million over the last six quarters, but for the first time since fiscal 2021, our year-over-year pricing benefits exceeded inflation this quarter," said Dave Sylvester, senior vice president and CFO. "Over the coming quarters, although inflationary pressure is expected to remain, we anticipate the benefits from our pricing actions will continue to accumulate and more fully offset the cumulative inflationary costs we’ve incurred."

Operating expenses of $221.4 million in the second quarter represented an increase of $48.5 million compared to the prior year, which included a $15.4 million gain on sale of land. The remaining increase was driven by $13.6 million of higher marketing, product development and sales expenses, $8.4 million of higher variable compensation, $7.9 million from acquisitions and $4.6 million of higher spending in other functional areas, partially offset by $4.9 million of favorable currency translation effects.

"In response to inflation and supply chain challenges throughout this year, we have been pulling back on our planned level of incremental spending while staying invested in our most critical strategic initiatives,” said Dave Sylvester.   “Due to the recent volume decline in our incoming orders and lower than expected return-to-office trends in the Americas, we are planning to implement additional actions in the third quarter which target further reduction of our planned level of spending.   These actions target approximately $20 million of annualized spending and are expected to include the elimination of up to 180 salaried positions across the Americas core business and Corporate functions."

Interest expense of $7.2 million in the second quarter represented an increase of $0.8 million compared to the prior year, primarily due to borrowings under the company's global credit facility during the quarter.

Total liquidity, comprised of cash and cash equivalents and the cash surrender value of company-owned life insurance, aggregated to $213.9 million at the end of the second quarter.   Total debt was $563.5 million.   Adjusted EBITDA for the trailing four quarters was $154.1 million.

As previously announced, the company's acquisition of Halcon Furniture LLC was completed on June 10, 2022, and was funded using cash on hand and $68 million of borrowings under the company's global credit facility.

"Based on the recent order and return-to-office trends, we adjusted our dividend this quarter to strengthen our liquidity profile and support a higher allocation of capital to reinvestment in the business and pursuit of our longer-term strategy," said Dave Sylvester.

At the end of the second quarter, the company’s backlog of customer orders was approximately $946 million, which was 38 percent higher than the prior year. Consistent with recent quarters, the backlog includes a higher than historical percentage of orders scheduled to ship beyond the end of the next quarter, and supply chain disruptions are expected to continue. Orders through the first three weeks of the third quarter declined approximately 20% compared to the prior year. As a result, the company expects third quarter fiscal 2023 revenue to be in the range of $825 to $850 million. The company reported revenue of $738.2 million in the third quarter of fiscal 2022. The projected revenue translates to growth of 12 to 15 percent compared to the third quarter of fiscal 2022, or organic growth of 13 to 16 percent.

"Our strategy remains unchanged, but we are shifting additional effort to prioritize improvement in our profitability to fund future investments and to add more diversification to the markets and customers we serve," said Sara Armbruster. "Looking forward, we continue to believe in the value of people coming together in person to imagine, create, and achieve, which we believe will drive investments to support new ways of working across all of the markets we serve."

Restructuring costs: Restructuring costs may be recorded as the company's business strategies change or in response to changing market trends and economic conditions. The company believes that adjusting for restructuring costs, which are primarily associated with business exit and workforce reduction costs, provides a more consistent comparison of its operating performance to prior periods as well as to industry peers.

Adjusted EBITDAThe company defines adjusted EBITDA as earnings before interest, taxes, depreciation and amortization ("EBITDA") adjusted to exclude share-based compensation and restructuring costs. The company believes adjusted EBITDA provides investors with useful information regarding the operating profitability of the company as well as a useful comparison to other companies. EBITDA is a measurement commonly used in capital markets to value companies and is used by the company's lenders and rating agencies to evaluate its performance. The company adjusts EBITDA for share-based compensation as it represents a significant non-cash item which impacts its earnings. The company also adjusts EBITDA for restructuring costs to provide a more consistent comparison of its earnings to prior periods as well as to industry peers.

Forward-looking Statements From time to time, in written and oral statements, the company discusses its expectations regarding future events and its plans and objectives for future operations. These forward-looking statements discuss goals, intentions and expectations as to future trends, plans, events, results of operations or financial condition, or state other information relating to the company, based on current beliefs of management as well as assumptions made by, and information currently available to, the company. Forward-looking statements generally are accompanied by words such as “anticipate,” “believe,” “could,” “estimate,” “expect,” “forecast,” “intend,” “may,” “possible,” “potential,” “predict,” “project," "target” or other similar words, phrases or expressions. Although the company believes these forward-looking statements are reasonable, they are based upon a number of assumptions concerning future conditions, any or all of which may ultimately prove to be inaccurate. Forward-looking statements involve a number of risks and uncertainties that could cause actual results to differ materially from those in the forward-looking statements and vary from the company's expectations because of factors such as, but not limited to, competitive and general economic conditions domestically and internationally; acts of terrorism, war, governmental action, natural disasters, pandemics and other Force Majeure events; cyberattacks; the COVID-19 pandemic and the actions taken by various governments and third parties to combat the pandemic; changes in the legal and regulatory environment; changes in raw material, commodity and other input costs; currency fluctuations; changes in customer demand; and the other risks and contingencies detailed in the company's most recent Annual Report on Form 10-K and its other filings with the Securities and Exchange Commission. Steelcase undertakes no obligation to update, amend, or clarify forward-looking statements, whether as a result of new information, future events, or otherwise.

About Steelcase Inc.Organizations around the world trust Steelcase to help them create workplaces that help people work better, be inspired and accomplish more. The company designs, manufactures and partners with other leading organizations to provide architecture, furniture and technology solutions – accessible through a network of channels, including over 800 Steelcase dealer locations. Steelcase is a global, industry-leading and publicly traded company with fiscal 2022 revenue of $2.8 billion. For more information, visit www.steelcase.com. 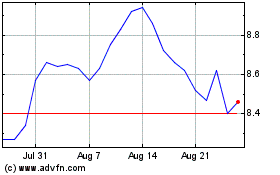 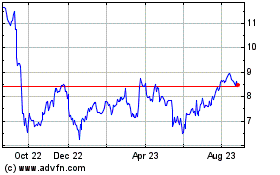 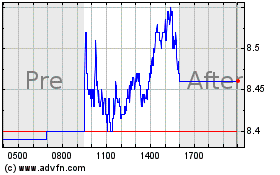