The largest mall owner in the U.S. has been in talks with Amazon.com Inc., the company many retailers denounce as the mall industry's biggest disrupter, to take over space left by ailing department stores.

Simon Property Group Inc. has been exploring with Amazon the possibility of turning some of the property owner's anchor department stores into Amazon distribution hubs, according to people familiar with the matter. Amazon typically uses these warehouses to store everything from books and sweaters to kitchenware and electronics until delivery to local customers.

The talks have focused on converting stores formerly or currently occupied by J.C. Penney Co. Inc. and Sears Holdings Corp., these people said. The department-store chains have both filed for chapter 11 bankruptcy protection and as part of their plans have been closing dozens of stores across the country. Simon malls have 63 Penney and 11 Sears stores, according to its most recent public filing in May.

It wasn't clear how many stores are under consideration for Amazon, and it is possible that the two sides could fail to reach an agreement, people briefed on the matter said.

The talks reflect the intersection of two trends that predate the pandemic but have been accelerated by it: the decline of malls and the boom in e-commerce.

Malls were struggling for years, as more customers stayed home to shop online. The spread of the coronavirus, which forced malls to temporarily close and limited their crowds even after reopening, has worsened the situation. Amazon, meanwhile, was able to navigate new logistical challenges during Covid-19 and recently reported its greatest quarter ever.

The talks reflect the intersection of two trends that predate the pandemic but have been accelerated by it: the decline of malls and the boom in e-commerce.

For Amazon, a deal with Simon would be consistent with its efforts to add more distribution hubs near residential areas to speed up the crucial last mile of delivery.

But for Simon, any deal to surrender prime space to Amazon would signal a break from a longtime business model for malls: reliance on a large department store to draw foot traffic to neighboring shops and restaurants.

That model has broken down in recent years, as many department stores are now fighting for their lives. Lord & Taylor also filed for bankruptcy early this month, while Neiman Marcus Group Ltd. filed in May. Nordstrom Inc. closed 16 stores in recent months.

Their big-box spaces are typically more than 100,000 square feet and often span more than one level. Smaller mall tenants have counted on traffic to department stores to spill over to neighboring retailers, and many have clauses that allow them to reduce rents or break their leases if the department store stays empty.

Having an Amazon fulfillment center could still trigger some of these cotenancy clauses, but some landlords say even that scenario would be preferable to keeping that yawning space vacant.

Still, Simon's other tenants might not celebrate a deal with Amazon. Many blame the giant online retailer for severely disrupting their business. Its presence as a new neighbor would likely do little to pacify them, especially if Amazon's new distribution capabilities in well-located Simon malls help make it even more competitive by helping speed up its delivery times.

Amazon fulfillment centers wouldn't draw much additional foot traffic to the mall, though some employees could eat and shop at the mall. That is why landlords have preferred to replace department stores with other retailers, gyms, theaters or entertainment operators. Yet many of these tenants are struggling to survive during the pandemic and aren't in expansion mode.

Simon would likely rent the space at a considerable discount to what it could charge another retailer. Warehouse rents are typically less than $10 a square foot, while restaurant rents can be multiples of that. Depending on when the leases were signed and their locations, department-store rents can be as low as $4 a square foot or as high as $19 a square foot.

But Amazon's growth and healthy balance sheet would make it a reliable tenant at a time when most retail business has been waylaid by the pandemic. Simon, which owns 204 properties in the U.S., has had to contend with a ramp-up in retail tenant closures in recent years that has accelerated during Covid-19.

A hookup between Simon and Amazon would show how retail and logistics -- especially delivery for the critical last mile -- are converging more rapidly.

A number of U.S. malls are already doing business with Amazon, such as renting parking lots to Amazon's huge van fleets. But for Simon to lease a large, well-located indoor location would be the rare instance of a major mall operator offering prime retail space to Amazon.

Many retailers use their stores as mini-fulfillment centers to speed delivery of online purchases, particularly since the pandemic curtailed in-person shopping and curbside pickup became a new alternative. Amazon would likely use the department-store space for a smaller version of its huge distribution centers, relying on vans to navigate suburban streets, analysts said.

Simon Property said it has entered into logistics ventures with some retail tenants to help with their fulfillment needs. Mall owner Washington Prime Group also has a new venture that leases space to retailers such as Dick's Sporting Goods for inventory clearance.

Malls' strategic locations often make them attractive as distribution hubs. Many are near main highways and residences. Amazon has already acquired the sites of some failed malls and converted them to fulfillment centers. FedEx Corp. and DHL International GmbH have done the same.

Amazon has also been in talks with multiple mall landlords about putting its coming grocery-store chain in J.C. Penney locations, according to a person familiar with the matter. Whether those include Simon Malls couldn't be determined.

Simon and Brookfield Property Partners LP are putting in a joint bid for J.C. Penney, which filed for bankruptcy in May. Taking over the department-store chain would give them control over the store space and certain rights such as making changes to the parking structure, exits and access to shared space and roads.

Write to Esther Fung at esther.fung@wsj.com and Sebastian Herrera at Sebastian.Herrera@wsj.com 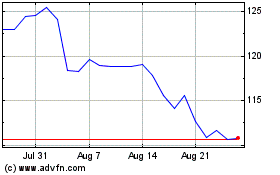 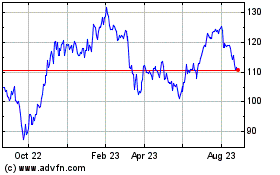 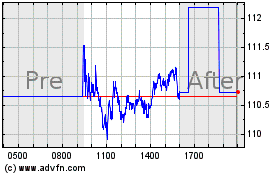