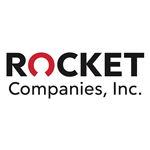 The individual investors that powered GameStop Corp.'s meteoric rise have a new target: Rocket Cos., the parent company of Quicken Loans.

Shares of the mortgage lender surged 71% to $41.60 on Tuesday and nearly 377 million shares traded hands, more than a 10-fold increase from the previous day. Its trading was halted several times Tuesday afternoon because of its volatility. Rocket shares were down nearly 20% in early trading Wednesday.

Like GameStop, Rocket is heavily shorted. As of this week, 46% of its shares available for trading were being shorted by investors betting the price would fall, according to S3 Partners, a data-analytics firm. That was up from about 33% in late January and 17% in mid-September, according to FactSet.

Individual investors on WallStreetBets, the Reddit community that gave birth to GameStop's rise, have been encouraging each other to buy the stock in recent days and sharing evidence of their own massive gains.

Rocket announced last week it would pay a one-time dividend of $1.11 per share later this month, citing its "highly profitable and capital light business model." Some investors saw the move as a way to fend off short sellers. Short sellers are obliged to pay any dividends to the broker they borrowed shares from.

The company's excess capital at the end of the fourth quarter made the dividend possible, Rocket CEO Jay Farner said at a conference Wednesday morning.

"We were pretty proud to be able to offer that to our shareholders," Mr. Farner said. "We think more of dividends as special dividends because we want that flexibility to make the right investment for the long-term growth of the organization."

Rocket has other upsides. Rising mortgage rates are boosting earning potential for mortgage lenders just as the crucial spring home-selling season kicks off. The average rate on the 30-year fixed-rate mortgage rose to 2.97% recently, its highest level since August.

Detroit-based Rocket is the largest mortgage lender in the U.S., according to research firm Inside Mortgage Finance. Its $323 billion in home loans in 2020 easily surpassed the $221 billion originated by its closest competitor, Wells Fargo & Co. Its large size and strong brand -- -- it ran two Super Bowl commercials -- -- set it apart from other nonbank lenders.

Before Rocket's blastoff, shares of nonbank mortgage lenders had done little to impress investors in recent months. Some of the lenders that listed their shares on the public market in recent months significantly downsized their offerings. Some never made it to market because of tepid investor interest.

Shares of Rocket hadn't strayed too far from their listing price of $18 in the seven months since the company's IPO. The stock soared to more than $31 in its first month but quickly returned to near $20.

"The initial move made some sense, but since then, fundamentals haven't been driving it," Mr. George said. "It's other factors that we have a harder time assessing."

Shortly before its public-market debut last summer, Rocket announced an ambitious expansion target: cornering 25% of the mortgage market over the next decade. Its market share currently stands at about a third of that, according to Inside Mortgage Finance.

Rocket said last week that its mortgage originations more than doubled in 2020. It said it expects continued high origination levels despite weakening margins.

The amount lenders earn when they sell each loan has started to drop. Quicken's gain-on-sale margin was 4.41% in the fourth quarter, down from the third quarter but well above the 3.41% it recorded a year earlier. It expects its first-quarter margin to be between 3.6% and 3.9%.

Cleveland Cavaliers owner Dan Gilbert helped found Quicken Loans in the 1980s and still holds the majority of its shares.

Two other mortgage lenders saw big stock gains Tuesday. UWM Holdings Corp. and loanDepot Inc., rose 20% and 13%, respectively. Shares of UWM were up about 4% to $9.49 Wednesday morning. LoanDepot shares fell about 10% in early trading to $21.13. 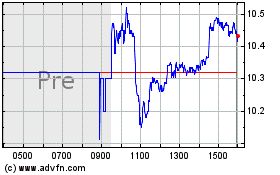