"This is going to be the decade in which quantum really comes of age," said Dario Gil, senior vice president and director of IBM Research, at The Wall Street Journal's virtual CIO Network summit.

Leveraging the properties of quantum physics, quantum computers have the ability to sort through a vast number of possibilities in nearly real time and come up with a probable solution. Difficulties with hardware have held back the adoption of quantum computing, but that is about to change, Dr. Gil said.

IBM is planning to release new quantum systems this year and next, but a big shift will come with the system the company plans to release in 2023, Dr. Gil said. That one for the first time will allow engineers to mitigate errors through software, as opposed to only through hardware.

"We've got to get these computers to operate without errors, and if we can do that we'll realize their full potential," he said. "So what we envision is in 2023, when we deliver that system, it will be an inflection point in that the errors of quantum computers will continue to decrease exponentially through software, as opposed to just by making the device better."

After that point, he said, quantum computers will start to be used on a broader scale.

While a commercial-grade quantum computer hasn't been built yet, startups and tech giants including IBM, Alphabet Inc.'s Google and Microsoft Corp. are racing to commercialize the technology.

Dr. Gil said quantum computers will be able to speed up research-and-development discoveries because the machines will excel at modeling physics, chemistry and materials science. This could lead to developing more energy-efficient batteries in the auto sector, he said, or better carbon-capture membranes to fight climate change.

"That's my vision: Bring the power of computing to compress the time to discovery of what we need," he said.

Quantum computers are also poised to benefit from artificial intelligence algorithms, partly because of their ability to solve complex mathematical problems.

CIOs looking to benefit from quantum computing can start by experimenting with community platforms such as the open-source Qiskit framework, which provides tools for developers to create and run quantum programs on real quantum hardware or simulators, he said.

Companies should form small working groups that can start to identify problems that quantum computing may be able to help solve, he said.

"Value today means, do you have a small team that knows what's going on in quantum and start mapping to problems that are relevant to your business?"

But companies should also brace themselves for quantum computing's implications for cybersecurity: The machines will be able to break encryption locks that ordinary computers have trouble cracking, Dr. Gil said. Companies should consider migrating important business systems to so-called "quantum-safe" encryption protocols, he said.

"It's very important that all of you develop crypto-agility, and you develop a migration path and a quantum-safe approach to do encryption and security," he said. "Because if you don't, you're going to leave your institutions vulnerable to these kinds of attacks in the future." 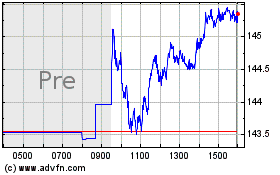