24.01
-0.27 (-1.11%)
Upgrade to Real-Time
Afterhours (Closed)
24.01
Current Report Filing (8-k)
July 29 2019 - 04:06PM
Edgar (US Regulatory)
UNITED STATES
SECURITIES AND EXCHANGE COMMISSION
Washington, D.C. 20549
FORM 8-K
CURRENT REPORT
Pursuant to Section 13 or 15(d)
of the Securities Exchange Act of 1934
Date of Report (Date of earliest event reported): July 29, 2019 (July 24, 2019)
COMPASS DIVERSIFIED HOLDINGS
(Exact name of registrant as specified in its charter)
COMPASS GROUP DIVERSIFIED HOLDINGS LLC
(Exact name of registrant as specified in its charter)
301 Riverside Avenue, Second Floor, Westport, CT 06880
(Address of principal executive offices and zip code)
Registrant’s telephone number, including area code: (203) 221-1703
Check the appropriate box below if the Form 8-K is intended to simultaneously satisfy the filing obligation of the registrant under any of the following provisions:
Securities registered pursuant to Section 12(b) of the Act:
Indicate by check mark whether the registrant is an emerging growth company as defined in Rule 405 of the Securities Act of 1933 (§230.405 of this chapter) or Rule 12b-2 of the Securities Exchange Act of 1934 (§240.12b-2 of this chapter).
If an emerging growth company, indicate by check mark if the registrant has elected not to use the extended transition period for complying with any new or revised financial accounting standards provided pursuant to Section 13(a) of the Exchange Act. o
Section 5     Corporate Governance and Management
(d)
On July 24, 2019, per the recommendation of its Nominating and Corporate Governance Committee, the Board of Directors (the “Board”) of Compass Group Diversified Holdings LLC (the “Company”) resolved to increase the size of the Board from seven to eight members and, effective July 24, 2019, elected Larry L. Enterline as a Class III Director of the Company to fill the vacancy created by such increase. Mr. Enterline will serve as a director until the next election of Class III Directors at the Company’s annual shareholders’ meeting to be held in fiscal year 2021. Mr. Enterline has also been designated as a member of the Board’s Audit Committee and Nominating and Corporate Governance Committee.
There are no arrangements or understandings between Mr. Enterline and any other person pursuant to which he was elected as a director, and, as of the date hereof, there are no transactions or proposed transactions between Mr. Enterline and the Company that require disclosure pursuant to Item 404(a) of Regulation S-K (17 CFR 229.404(a)).
As a non-management director, Mr. Enterline will receive compensation in the same manner as the Company’s other non-management directors. The Company previously disclosed the terms of non-management director compensation in its definitive proxy statement on Schedule 14A, filed with the Securities and Exchange Commission on April 15, 2019.
On July 25, 2019, the Board also established a new Board position of Independent Lead Director and designated D. Eugene Ewing to fill that role. Mr. Ewing has served as a director and as Chairman of the Board’s Audit Committee since 2006. The Independent Lead Director’s duties will include, among other things, leading the Board and chairing meetings of the independent directors when the Chairman of the Board is not present. Mr. Ewing shall serve as Independent Lead Director for an initial term of one year and shall receive, in addition to the cash retainer received by the other non-management directors, a cash retainer of $20,000 for such service.
On July 29, 2019, the Company and Compass Diversified Holdings (NYSE: CODI) (collectively, “CODI”) issued a press release regarding Mr. Enterline’s election and Mr. Ewing’s appointment as Independent Lead Director, which is filed as Exhibit 99.1 to this Current Report on Form 8-K and is incorporated by reference into this Item 5.02.
Section 9     Financial Statements and Exhibits
Item 9.01    Financial Statements and Exhibits
(d)    Exhibits.

SIGNATURES
Pursuant to the requirements of the Securities Exchange Act of 1934, the Registrant has duly caused this report to be signed on its behalf by the undersigned hereunto duly authorized.

SIGNATURES
Pursuant to the requirements of the Securities Exchange Act of 1934, the Registrant has duly caused this report to be signed on its behalf by the undersigned hereunto duly authorized. 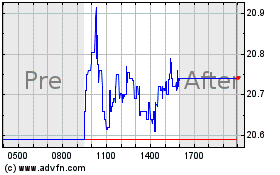