BRUSSELS -- U.S. corporate giants are being hit so hard by a European smuggling wave that even the White House has weighed in.

The problem was evident on Romania's border in March, when authorities acting on a tip stopped a truck from Turkey carrying nine tons of dangerous contraband. Months earlier, Spanish police and customs officials raided a secret warehouse near the city of Granada, impounded 19 tons of illicit substances and arrested three people. In August, authorities in the Italian port of Livorno captured an illegal 3.7-ton shipment from China.

What the officials sought wasn't drugs or weapons, but industrial refrigerants.

The climate-harming chemicals, hydrofluorocarbons, are severely restricted by the European Union, which wants to replace them with newer, more-ecological compounds as part of its effort to cut greenhouse gas emissions. U.S. companies have invested heavily in cleaner formulas to win a greater share of Europe's new market.

However, the old versions, known as HFCs, are still legally used across much of the globe, in cooling systems from car air-conditioners to store freezers, which means large volumes of trade word-wide. The price difference between sophisticated new EU-approved refrigerants and cheaper, abundant and generally interchangeable older formulas has sparked a black market and drawn smugglers, many from international crime syndicates. Illicit offerings can sell for around 25% less than regulated gas, distributors say.

"The profit from this sort of activity is exactly the sort of thing that appeals to modern organized crime gangs," and the risks are much lower than from many other criminal activities, said Benedict Hamilton, a managing director at Kroll, a private investigation company hired by multinationals hurt by the smuggling, including U.S. industrial giants Honeywell International Inc. and Chemours Co.

For Honeywell and Chemours, which have invested more than $1 billion to develop new-generation chemicals, Europe's law-enforcement problem has become a business nightmare. Their once-promising market has been so diminished by black-market sales that they have complained to national governments, and U.S. Trade Rep. Katherine Tai recently cited the issue in her office's annual report on foreign trade barriers.

The companies said in a statement that they fear a tightening of EU quotas for HFCs this year is "creating new opportunities for smugglers to fill the gap."

Refrigerants are just a tiny corner of a booming illicit global trade that runs parallel to legitimate business. Easy money from illegal and environmentally damaging activities -- from unregulated waste dumping to pesticide smuggling -- is a growing threat to ambitious plans to reverse climate change, say people who study the trade.

The issue has gained more attention since the U.S. Environmental Protection Agency proposed rules in May to cut the use of HFCs, as the EU enacted in 2014 and as countries including Japan and South Korea later did. Investigators say U.S. geography makes it less vulnerable than Europe, but its troubles still offer a warning.

"Illegal imports are dragging the legitimate market down and putting a brake on the transition to more sustainable solutions," said Murli Sukhwani, general manager of fluorochemicals at Chemours and head of an industry group investigating the issue. He added that the EU wouldn't be able to meet its climate goals if the degree of smuggling continues.

HFC smuggling is one of many obstacles to halting climate change. While advanced technologies like offshore wind farms and green hydrogen draw lots of attention, the continued use of coal and charcoal for fuel, the illegal burning of waste and unregulated use of climate-harming chemicals threaten to undo progress made by high-tech investments.

Fraudulent trade in legal products -- dodging taxes, customs duties and other levies -- is Europe's most lucrative criminal activity, according to a recent study by Rand Corp., generating an estimated 77 billion euros in 2019, the equivalent of about $93 billion, compared with about EUR30 billion for illicit drugs, the think tank said.

Europe's HFC smuggling problems began in 2018, when the first big reductions of the chemicals' use kicked in under the 2014 law, known as the F-gas regulation in reference to fluorinated greenhouse gases. Demand for the new formulations rose through spring but then sank. Market prices of HFCs simultaneously fell, suggesting a glut.

Honeywell, Chemours and other legal producers, initially unable to draw officials' attention, hired Kroll. Working in part from tips provided to a hotline for local businesses to report suspicious activities, Kroll detectives learned that gas canisters, mainly produced in China and sold legally in EU neighbors including Turkey and Ukraine, were being smuggled into the bloc.

Once in the EU, the gas was hawked furtively for cash to small businesses including car mechanics and air-conditioning maintenance companies at prices well below market rates.

"We were really flooded," said Alessandro Borri, sales and marketing director at General Gas, an Italian refrigeration company. He estimates that over the two years to mid-2020, 20% of Italy's market was lost to illegal HFC sales, costing his company more than $2 million in profit annually.

Industry experts estimate that in 2018 and 2019, illegal HFCs in the EU likely accounted for about one-fourth of the market and pumped into the atmosphere a volume of carbon dioxide equivalent to 55 million extra cars.

Since the smuggling cheats countries out of revenue from duties and value-added taxes, Kroll got the attention of customs authorities, fiscal police and the bloc's antifraud agency, known as OLAF, passing along tips from the hotline. The investigation company also helped train customs officers, leading seminars across 12 countries and training more than 600 officials to spot illegal shipments and suspect paperwork.

Soon, border control agents aided by OLAF were impounding thousands of illegal single-use canisters filled with smuggled HFCs. The EU requires that gases be transported in reusable containers. Authorities in 2020 reported seizing roughly 150 tons of the chemicals, the equivalent of 320,000 tons of carbon dioxide, much of it due to tips from the companies and Kroll.

However, success was short-lived. By early 2020, traffickers had shifted from smuggling truckloads of canisters to more openly importing larger quantities of HFCs and then defrauding customs authorities.

"The data suggests we just squeezed the balloon and pushed the problem somewhere else," said George Koutsaftes, president of Honeywell Advanced Materials.

The scams take advantage of regulatory gaps in EU laws and national customs oversight. While the F-gas regulation is EU-wide, each of the bloc's 27 countries still patrols its borders and collects customs duties. Smugglers began importing HFCs from China and claiming they were for re-export outside the EU, to countries such as Ukraine, and so exempt from regulatory import limits.

After clearing port customs, the shipments disappear into the EU's black market. The smugglers forfeit some customs payments they would recoup on re-export, but make far more money undercutting legitimate products.

"Our customers are asking us what's next," and want more environmental improvements, said Honeywell's Mr. Koutsaftes. "But we can't do that unless the current rules are enforced."

Write to Daniel Michaels at daniel.michaels@wsj.com 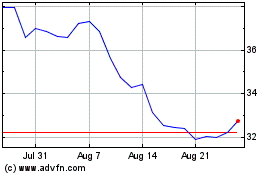 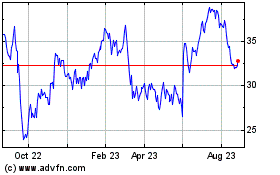 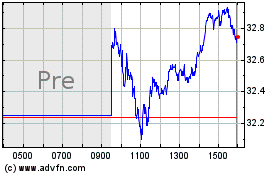