Many of the world's biggest investment firms helped elect directors proposed by an upstart environmental-activist fund to Exxon Mobil Corp.'s board. While votes are still being counted, BlackRock Inc., State Street Corp. and Vanguard Group have said publicly they wielded votes for investors in favor of at least two dissident directors.

The proxy battle was the biggest test yet of Wall Street's receptivity to a campaign about the risks posed to business from climate change and the transition away from fossil fuels. Large investors have been criticized for being all talk and no action on getting the companies they invest in to change their policies around sustainability. Exxon's yearslong refusal to make board directors available for frank conversations irked investors.

Exxon said it welcomed the new directors, Gregory Goff and Kaisa Hietala, and looked forward to working with them. "With almost three million shareholders, it's not surprising we heard a wide range of views, and many supported the work that we're doing to improve earnings and cash flow capacity, as well as the work to advance the company to a lower carbon future," a spokesman said.

"Today, we heard shareholders communicate a desire for ExxonMobil to further these efforts. We're well-positioned to do that."

The vote is expected to draw the lines between funds willing to take a more aggressive posture on climate issues and those who are more reticent.

"This moment is a big victory for what was a fringe environmental activist movement a few years ago," said Jonathon Zytnick, research fellow at New York University School of Law's Institute for Corporate Governance & Finance. "For individual investors it could really affect what funds they put their money in."

Exxon, with roots dating back to the time of oil baron John D. Rockefeller, was an easy villain for Wall Street to rally against. Climate activists have painted it as a symbol of American excesses that contributed to climate change, and the company was coming off a tough period financially. The energy company has been criticized as being less willing to make environmental concessions.

With only a roughly $50 million stake in the $250 billion energy company, Engine No. 1 ran a six-month, $30 million campaign centered on pushing the oil giant to commit to carbon neutrality. It had a powerful ally. California State Teachers' Retirement System, the nation's second largest public pension fund, pledged support from the start.

Institutional investors only get the chance to formally weigh in on high-profile proxy contests every few years, given that most companies avoid drawn-out battles with activists by striking settlements ahead of shareholder votes.

It was the third time the nation's largest public pension fund, California Public Employees' Retirement System, or Calpers, faced off against the company in the past decade. Along the way, Exxon often fought off dialogue between the board and its largest shareholders, said Anne Simpson, head of corporate governance at the pension fund.

"It has been like pulling teeth to get Exxon directors to talk to investors," Ms. Simpson said.

An Exxon spokesman said the firm has been "very actively engaged with our shareholders, sharing our plans and hearing their viewpoints and the key issues of importance to them." He also said that shareholders are free to contact independent directors.

Calpers said it publicly backed the activist campaign because it believed Exxon had repeatedly failed to address the lack of energy-industry experience on the board.

The investors backing Engine No. 1 turned into a who's who list of Wall Street.

BlackRock voted for three directors proposed by Engine No. 1 and expressed concerns with Exxon's strategic direction and the impact on its financial performance in the long term.

Vanguard voted for two directors proposed by the activist.

"Over the years, we have shared with Exxon our concerns about the lack of energy sector expertise in its boardroom and questions about board independence," Vanguard wrote in a bulletin. "And for years, we did not witness sufficient progress on either front."

Exxon added two directors to its board earlier this year, saying that they were part of a continuing effort to refresh the company's board and reflected ongoing talks with investors.

At least some Fidelity funds voted for Engine No. 1 directors, according to people familiar with the matter. T. Rowe Price Group Inc. voted for three of the four dissident directors, the company said Thursday.

"There are many reasons you may have wanted to hold Exxon accountable for many years," said Jessica Strine, chief executive of advisory firm Sustainable Governance Partners. "This is the moment for many investors where they had to decide if they would let it pass by or not."

On Wednesday, Exxon's annual shareholders meeting stretched on for hours. As the historic shareholder fight hung in balance, Exxon called a roughly one-hour recess in the middle of the meeting. During that time, Exxon representatives made calls to investors in a last-ditch attempt to win their votes, said people familiar with the matter. Unlike a regular political election, voters can change their vote up to when polls close.

"This is not seemly, it's not fitting for a board of a company of Exxon's esteem and history," Ms. Simpson said. Calpers, she noted, has been a shareholder in Exxon and its predecessor companies for more than 150 years, a period that dates back to its origins as part of Standard Oil.

Engine No. 1 also made last-minute calls to ask shareholders to stand firm. BlackRock was among those who got a call from the activist fund.

The votes are still being tallied by an independent party now, and Engine No. 1 could yet pick up another seat in the coming weeks.

For Engine No. 1, launched by investor Chris James with roughly $250 million under management, the campaign was a referendum on its focus of combining environmental concerns with a company's financial outlook.

"It's not like we were asking people to take off their investor hats. We were just making the case that as long-term investors they should support us," said Charlie Penner, a longtime activist investor who helmed Engine No. 1's campaign. "That's how you win."

Write to Justin Baer at justin.baer@wsj.com, Dawn Lim at dawn.lim@wsj.com and Cara Lombardo at cara.lombardo@wsj.com 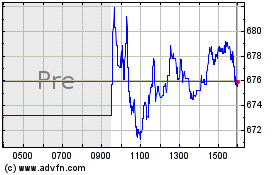