BlackBerry QNX is the market leader for safety-certified embedded software in automotive.  Automakers and Tier 1s, including Aptiv, BMW, Bosch, Ford, GM, Honda, Mercedes-Benz, Toyota, and Volkswagen, trust BlackBerry QNX software for a broad range of critical systems.  These include Advanced Driver Assistance Systems (ADAS), Digital Cockpits and Secure Data Gateways, all of which are becoming increasingly prevalent in vehicles.  Furthermore, BlackBerry QNX is key to the future of the automotive industry, with design wins with 23 of the top 25 electric vehicle automakers, and providing a safe, reliable, and secure software foundation for autonomous drive vehicle systems.

BlackBerry also announced that BlackBerry QNX royalty revenue backlog has increased to $490 million at the end of its first quarter of fiscal year 2022.  This represents a 9% increase, from $450 million last year.  The backlog metric is calculated using contracted prices and future production volume estimates provided by the customer when they award BlackBerry a design win.  BlackBerry QNX has recently announced design wins with industry leaders such as Baidu, Desay SV, Scania, Volvo, and XPeng.

"BlackBerry continues to clearly demonstrate its leadership position in safety-critical embedded automotive software, with both an increased vehicle count and strong growth in royalty revenue backlog.  Achieving over 195 million vehicles marks the sixth consecutive year that this count has increased," said John Chen, Executive Chairman & CEO, BlackBerry.  "We continue to innovate our platform, which further strengthens our market advantage.  BlackBerry QNX is very well positioned to capitalize on the secular trends of greater safety-critical software in the car, the transition to electric vehicles and the move towards autonomous drive."

For more information on why 23 of the top 25 electric vehicle automakers chose BlackBerry QNX click here.

For a description of the BlackBerry QNX royalty revenue backlog metric, please refer to BlackBerry's report on Form 10-Q for the first quarter of fiscal year 2021, available on BlackBerry.com/Investors.

About BlackBerry
BlackBerry (NYSE: BB; TSX: BB) provides intelligent security software and services to enterprises and governments around the world.  The company secures more than 500M endpoints including over 195M vehicles.  Based in Waterloo, Ontario, the company leverages AI and machine learning to deliver innovative solutions in the areas of cybersecurity, safety and data privacy solutions, and is a leader in the areas of endpoint security management, encryption, and embedded systems.  BlackBerry's vision is clear - to secure a connected future you can trust.

Trademarks, including but not limited to BLACKBERRY and EMBLEM Design are the trademarks or registered trademarks of BlackBerry Limited, and the exclusive rights to such trademarks are expressly reserved.  All other trademarks are the property of their respective owners. BlackBerry is not responsible for any third-party products or services. 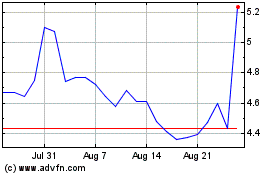 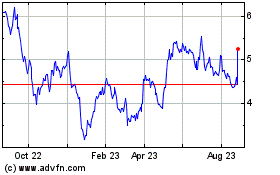 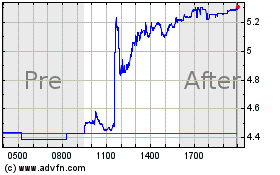