0.435
0.00 (0.0%)
Upgrade to Real-Time
Afterhours (Closed)
0.435
Amended Statement of Beneficial Ownership (sc 13d/a)
June 07 2019 - 04:47PM
Edgar (US Regulatory)
UNITED STATES
SECURITIES AND EXCHANGE COMMISSION
Washington, D.C. 20549
SCHEDULE 13D
(Rule 13d-101)
(Amendment No. 7*)
Under the Securities Exchange Act of 1934
If the filing person has previously filed a statement on Schedule 13G to report the acquisition that is the subject of this Schedule 13D, and is filing this schedule because of §§240.13d-1(e), 240.13d-1(f) or 240.13d-1(g), check the following box.  ☐
Note : Schedules filed in paper format shall include a signed original and five copies of the schedule, including all exhibits. See §240.13d-7 for other parties to whom copies are to be sent.
* The remainder of this cover page shall be filled out for a reporting person’s initial filing on this form with respect to the subject class of securities, and for any subsequent amendment containing information which would alter disclosures provided in a prior cover page.
The information required on the remainder of this cover page shall not be deemed to be “filed” for the purpose of Section 18 of the Securities Exchange Act of 1934 (“Act”) or otherwise subject to the liabilities of that section of the Act but shall be subject to all other provisions of the Act (however, see the Notes).
Explanatory Note
This Amendment No. 7 amends and supplements the statement on Schedule 13D originally filed by Ascribe Capital LLC (“Ascribe Capital”), Ascribe III Investments LLC (“Fund III”) and American Securities LLC (“American Securities” and, collectively with Ascribe Capital and Fund III, the “Reporting Persons”) on January 3, 2017 (as amended, the “Schedule 13D”), with respect to the common stock, par value $0.01 per share (“Common Stock”), of Basic Energy Services, Inc. (the “Issuer”).  All capitalized terms used but not defined herein shall have the meanings ascribed to such terms in the Schedule 13D.
Item 3. Source and Amount of Funds or Other Consideration
As of June 7, 2019, as reflected in this Schedule 13D, the Reporting Persons beneficially own an aggregate of 4,492,208 shares of Common Stock.  As described in Item 4 below, the shares of Common Stock reported herein were acquired (a) in connection with the Issuer’s chapter 11 case in the United States Bankruptcy Court for the District of Delaware (the “Bankruptcy Court”) and (b) in the purchase transactions described in Item 5(c) below.  The purchases described in Item 5(c) were funded from cash on hand of Fund III.
Item 4. Purpose of Transaction.
Prior to the Effective Date of the Plan (as such terms are defined below), the Reporting Persons or their affiliates were holders of the Issuer’s existing 7.75% senior notes due 2019 and 7.75% senior notes due 2022 (collectively, the “Existing Notes”).  On October 25, 2016, the Issuer and certain of its subsidiaries (collectively, the “Debtors”) filed voluntary petitions for relief under chapter 11 of the United States Bankruptcy Code.  The Debtors’ plan of reorganization (as it has been amended, modified and supplemented, the “Plan”) provided for, among other things, the equitization of the Existing Notes into Common Stock.  On December 9, 2016, the Bankruptcy Court entered an order confirming the Plan. As a result, on December 23, 2016 (the “Effective Date”), the claims of the Reporting Persons and their affiliates in respect of their Existing Notes were converted into Common Stock.
The Reporting Persons and certain of their affiliates agreed to participate in the Issuer’s $90 million debtor in possession credit facility prior to the Effective Date.
On the Effective Date, the Debtors consummated the Plan through a series of transactions and the Plan became effective pursuant to its terms. Upon emergence from chapter 11 on the Effective Date, all of the Issuer’s outstanding common stock, par value $0.01 per share, was cancelled and the Issuer authorized 80,000,000 shares of new Common Stock.  In connection with the Plan, as of the Effective Date, the Issuer has expanded its board of directors to include a nominee of the Reporting Persons, and the Reporting Persons (in coordination with another holder of Common Stock) had a right to designate an additional nominee to the board of directors which has been subsequently waived.
On January 18, 2017, Fund III filed a Form 144 with the Commission disclosing its ability to sell up to one percent of the shares of Common Stock outstanding as of December 23, 2016, as reported in the Press Release dated December 22, 2016 filed as Exhibit 99.2 to the Issuer’s Form 8-K filed on December 27, 2016, as permitted under the volume restrictions of Rule 144(e) under the Securities Act of 1933, as amended.  On January 24, 2017, Fund III filed a new Form 144 to reflect an increase in the maximum number of shares of Common Stock that may be sold under Rule 144(e) as a result of recent trading volume of the Common Stock. On each of April 29, 2017, November 6, 2017 and February 21, 2018, Fund III filed a new Form 144 to reflect the maximum number of shares of Common Stock that may be sold under Rule 144(e) based on the recent trading volume of the Common Stock prior to the date of each such filing. The number of shares of Common Stock purchased or sold by the Reporting Persons within the past sixty days are set forth in Item 5(c) below. In general, the shares of Common Stock reported herein are held for investment purposes. The Reporting Persons do not have any current plan or proposal that relates to or would result in any transaction, event or action enumerated in paragraphs (a) through (j) of Item 4 of Schedule 13D, except as otherwise described herein.
Each of the Reporting Persons reserves the right, in light of its ongoing evaluation of the Issuer’s financial condition, business, operations and prospects, the market price of the Common Stock, conditions in the securities markets generally, general economic and industry conditions, its business objectives and other relevant factors, to change its plans and intentions at any time, as it deems appropriate.
Item 5. Interests in Securities of the Issuer.
Item 7. Material to Be Filed As Exhibits.


Exhibit 2 – Registration Rights Agreement, dated as of December 23, 2016, by and among Basic Energy Services, Inc. and the parties thereto (incorporated by reference to Exhibit 10.1 to the Issuer's form 8-A filed on December 23, 2016).
SIGNATURE
After reasonable inquiry and to the best of my knowledge and belief, I certify that the information set forth in this statement is true, complete and correct.
Dated: June 7, 2019
Basic Energy Services (NYSE:BAS)
Historical Stock Chart
From Oct 2020 to Nov 2020 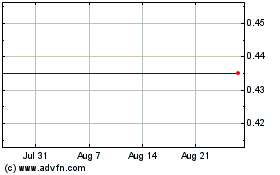 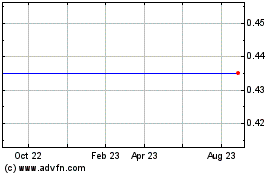 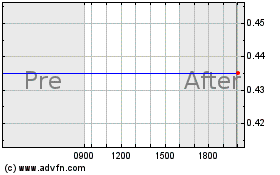